We seem to have covered a lot of different pairs of boots on the blog this year, we round out our selection though with a pair of American made Wellco jungle boots: 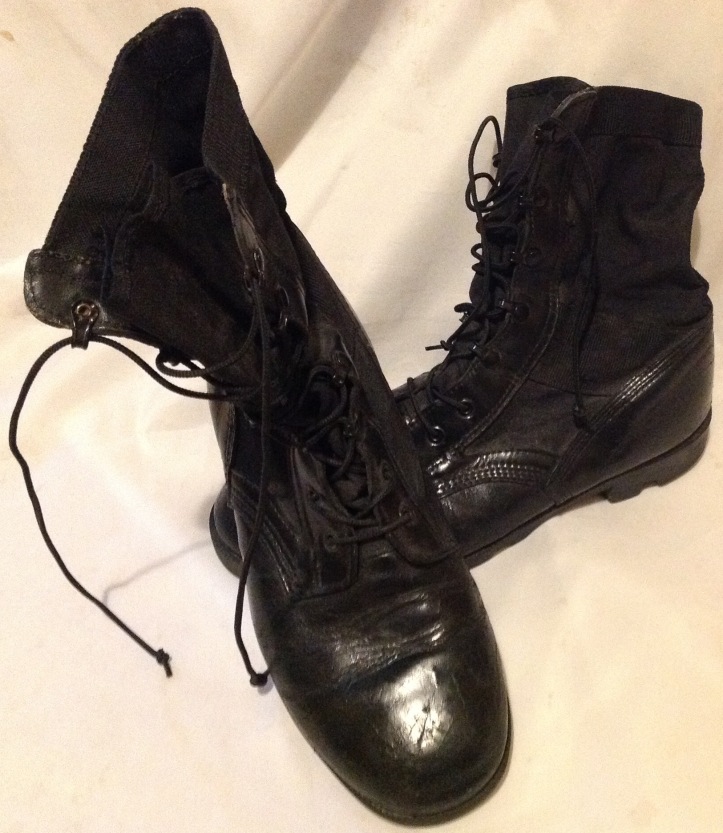 The British Army purchased these boots in quite large numbers form the US for issue to troops on jungle deployments and in training in jungle environments. The boots are lightweight, as is so often the case with jungle boots, and feature a two part construction with leather for the lower portions, and fabric for the area above the ankle: 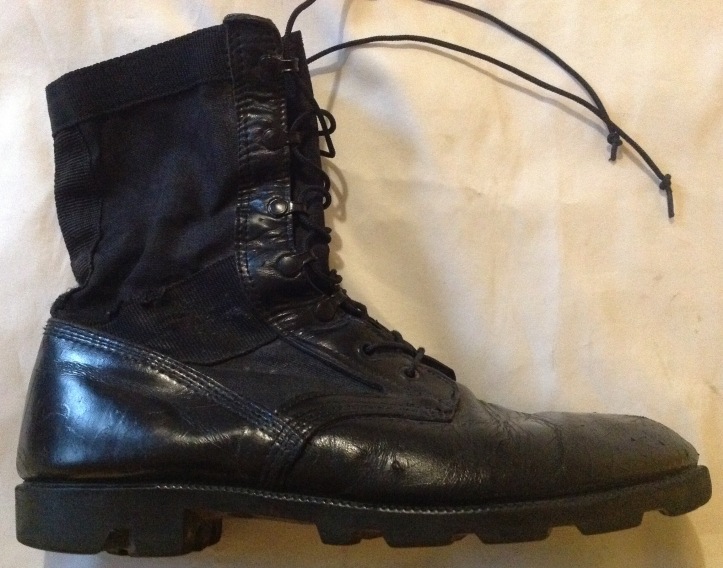 Leather reinforcing goes up the whole of the front of the boot in order to mount the eyeholes and clasps for the laces: 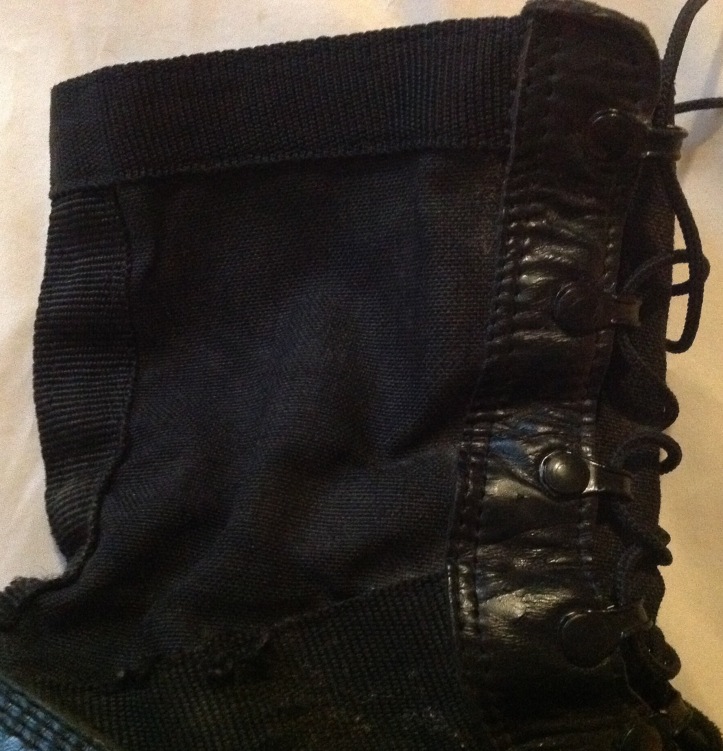 As befits boots that are likely to get very wet and then need to dry rapidly, two drainage holes are fitted to the lower portion of the boot:

The soles of the boots are made of heavy duty rubber and have a pattern known as a ‘Panama Sole’:

This design was invented by a US soldier called Raymond Dobie in World War II and uses a series of angled rubber lugs in the soles to push soft mud from the soles, clearing them and providing much better grip in greasy clay or mud. Each sole has the size (here 12) moulded into the rubber, indicating that these were manufactured for the British Army rather than for the US military as the sizes are those used in Britain, not America. The official stores catalogue describes the boots as:

The inside of the tongue has a white stamping indicating size, NSN number and date of manufacture. As this is an area of high wear, these can be hard to read sometimes:

Each boot also has a maker’s tag with the US flag and the name Wellco embroidered on it:

As ever we can rely upon Arrsepedia to give a humorous and not necessarily accurate reason as to why the British Army adopted US produced boots:

Being British of course, we decided to make our own version of the US jungle boot and came out with something that looked like a DMS boot with the ankle bit removed and replaced with green canvas, thus looking like a slightly more ally NHS orthopaedic shoe.

Under rigorous jungle conditions, these lasted about 14.7 seconds and so combat arms personnel posted to Belize were finally, and very grudgingly, issued with US jungle boots which they actually got to keep. Woo hoo!

These boots were produced in sizes from 3 to 15, in half size increments and each size was offered in regular, wide and extra wide. This resulted in a bewildering 74 different size and width combinations for this design of boot!