Weighing in at 5lbs the Round Edge shovel is a robust and efficient digging tool for work in the trenches. Introduced long before World War One it was to have a very long service life, seeing service until well after World War Two. The early shovels have become quite hard to find now so I was very pleased to pick up this example last week for just £5:

Unfortunately this example has suffered a bit over the years and the manufacturer’s details are now very hard to read, however the date of 1918 is still clearly visible: 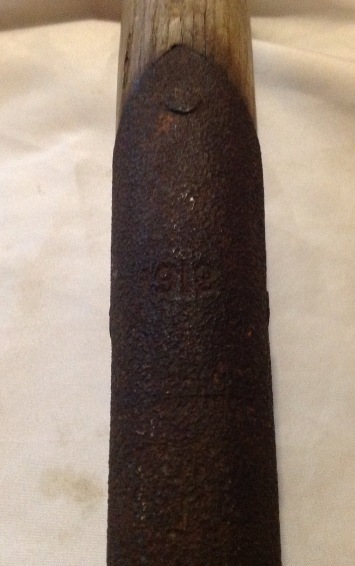 At some point I will sand back the rust and repaint the head of this shovel and it’s possible more of the markings will become visible then. The head of the shovel is broad and gently curved to make it easy to scoop up soil and rubble when digging field works: 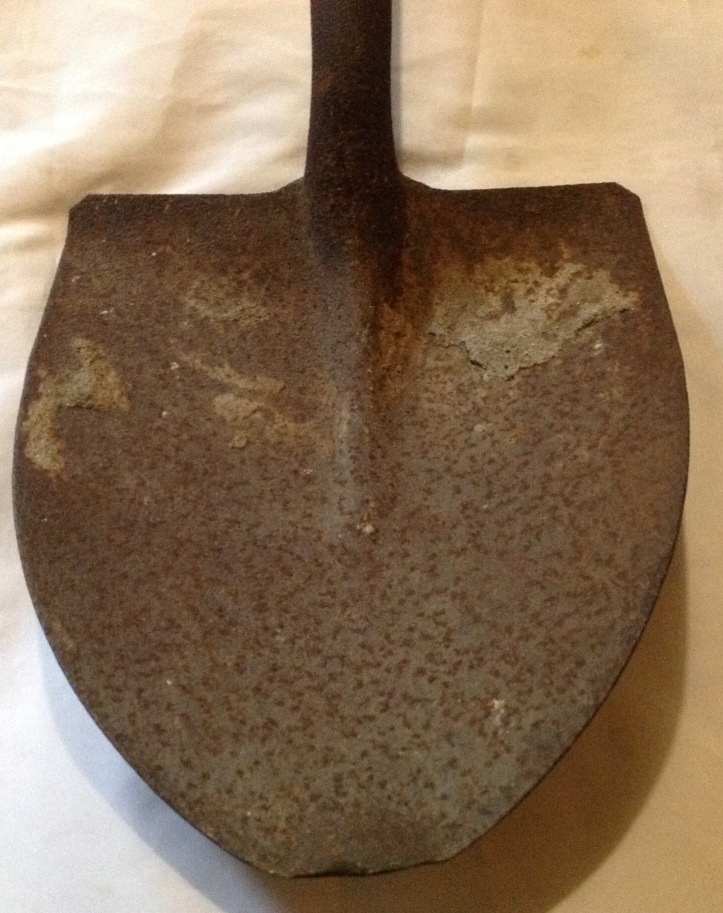 A rib is pressed down the back and centre of the shovel to add some rigidity to it: 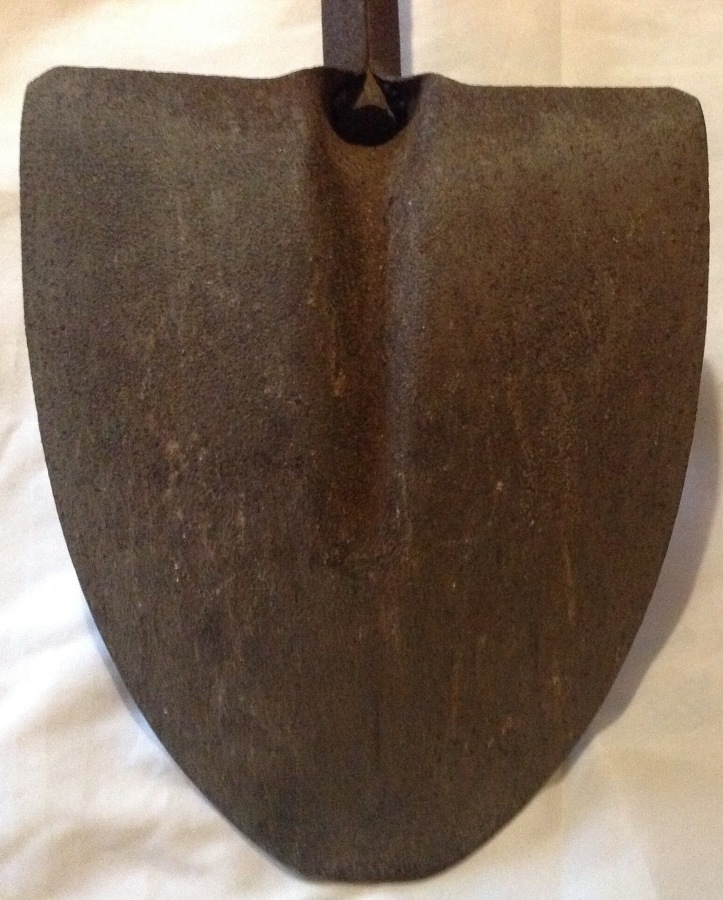 A five inch wide handle is fitted to the top, just the right size for the palm of the hand when moving the blade of the shovel in a scooping motion:

This large shovel is one of a number of tools issued for trench construction, as illustrated in this 1905 diagram from the Manual of Military Engineering:

Field works dug by hand were laborious and lengthy jobs as described in this period instruction:

(a) A trench 3ft. 6ins wide at the top, 2ft. at the bottom, and 3 ft. deep is opened (I in the diagram). All the spoil is thrown forward to make the parapet which even so will not be 5ft. thick.

(b) The second stage (II in the diagram) is widened to 6ft. 6ins. at the top and 5ft. at the bottom and the parapet completed before any earth is used for the parados. It should never be deepened until it has been widened.

(c) Finally the passageway shown as III I the diagram is dug, the earth going on the parados.

(d) As soon as possible the fire step, and the rest of the trench should be reverted, and a drainage channel dug. 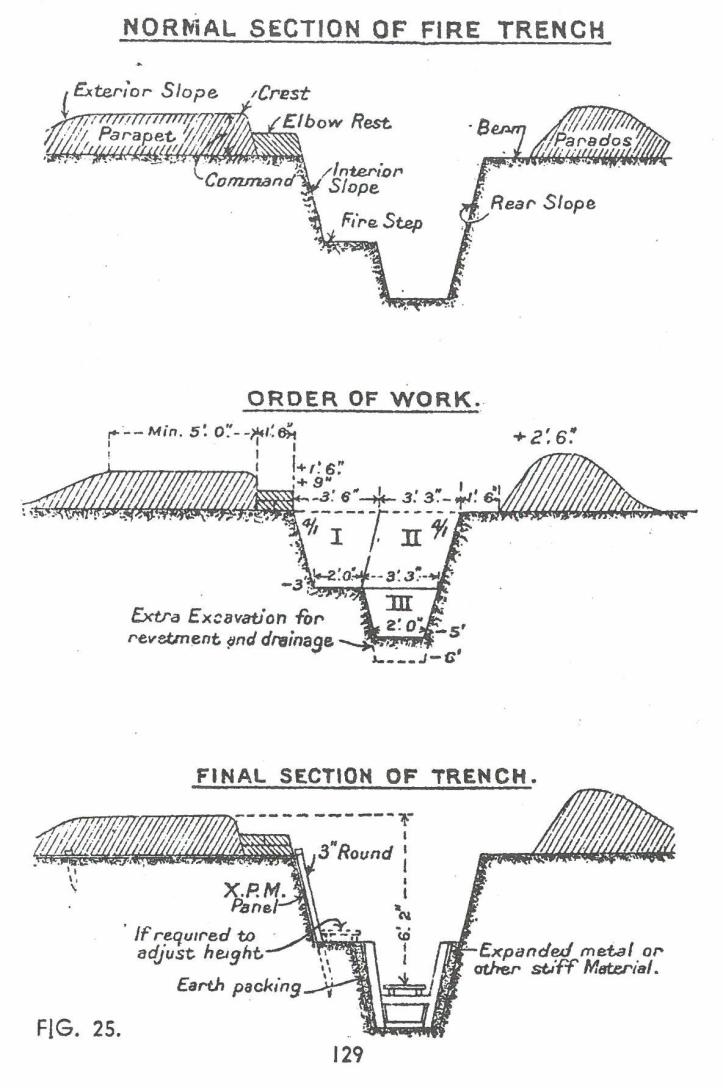 Much of this digging would have been done with shovels such as this one and it was very nice to find one dated to WW1 for such a cheap price- it will sit very nicely with my WW2 dated example.