A very long time ago the L5 parachute illuminating flare from the early 1980s was covered on the blog here. Obviously this design is long obsolete and various more modern versions have been used by the British Army over the years. Tonight we are looking at what I believe to be the current model, the L24A1 model:

The design is fairly similar at first glance, consisting of a green plastic tube with a firing system at one end and a rubber cap at the other protecting the flare itself which bursts out through this on firing: 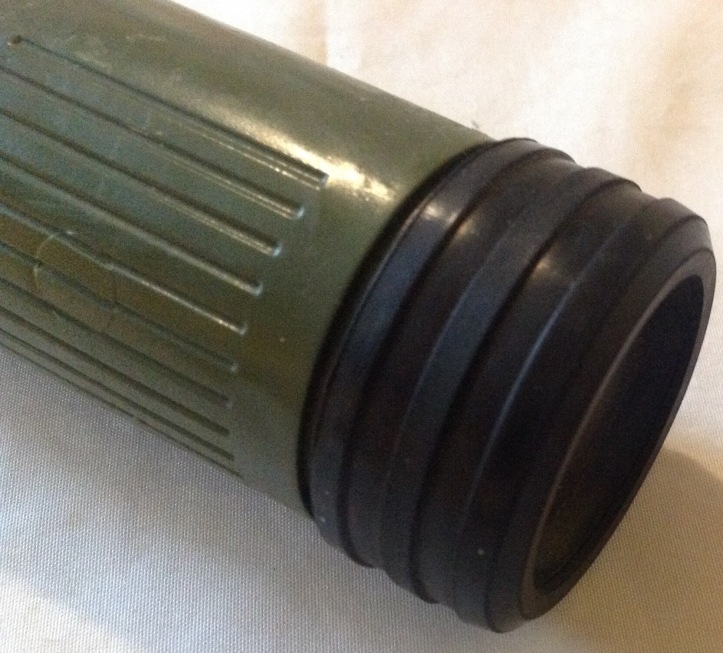 The flare’s designation is printed onto the outside of the tube in white:

This also indicates that this particular example was produced in October 2012. The reverse of the tube has the instructions for actually firing the flare:

The firing position is indicated by a raised ‘F’ on the base, whilst a white ‘S’ for safe is visible to the left: 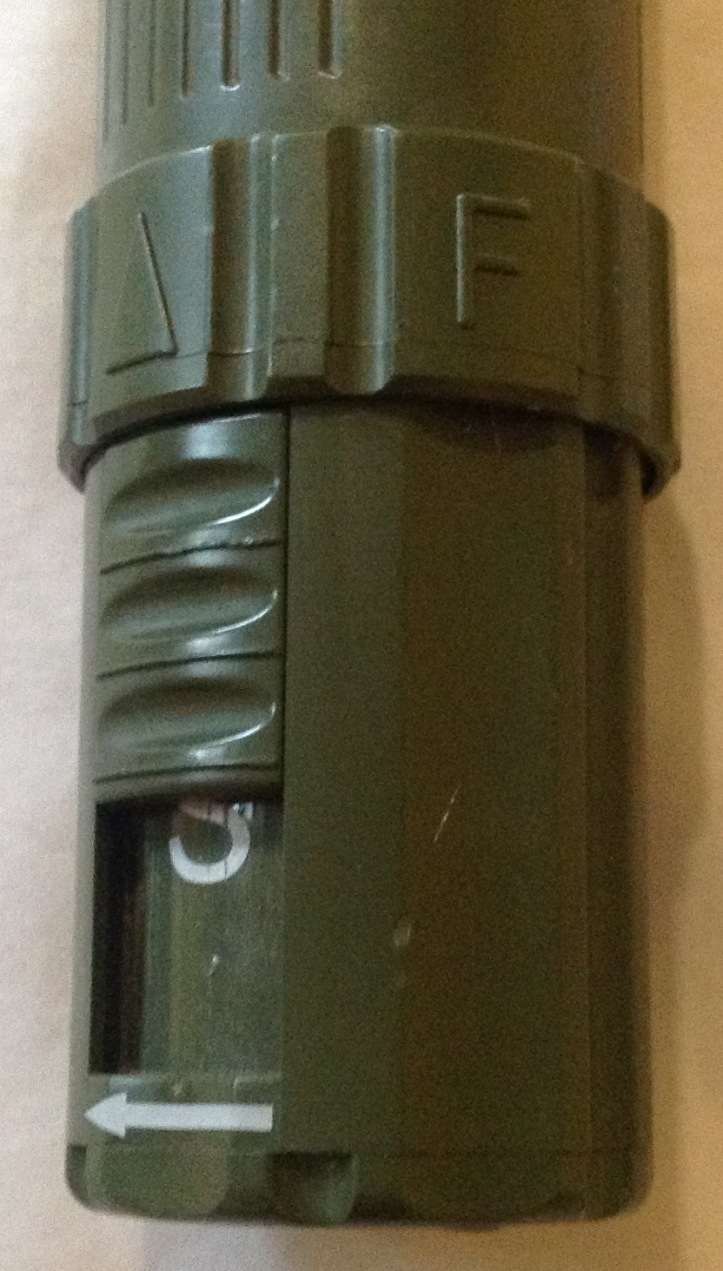 The slider is pulled down to arm the flare, revealing a red dot:

The flare is then twisted to fire. The base of the flare is marked ‘P’ to indicate by touch that this is a parachute flare in the dark:

These flares are used both in operational service and training to illuminate the battlefield as in this press story from 2016:

The Royal Logistics Corp let off the Shamooli flares near the base where exercise Shamal Storm is taking place.

The British Army is currently staging its biggest overseas military training exercise in more than 15 years.

Around 1,600 troops are taking part in Exercise Shamal Storm, which is testing their capability to deploy up to 30,000 personnel if needed.

The flares are small plastic tubes with a pullstring that, when pulled, shoots a rocket propelled flare approximately 800m into the air.

The flare then burns with a bright orange-red colour for 50 seconds whilst dropping to the ground with a small parachute.

It allows infantry units to light an area up in a battle about 1km squared so as to expose the enemy they are engaging.

Although technically called Illumination Flares, military personnel refer to them as Shamoolies…

As 30 flares were shot into the night sky, it was a brief delay before the landscape was thrown into a bright light, illuminating the rough mountainous terrain