In the early post war period the British army made a slight up date to many of its pieces of webbing issued from pool; pieces for those with crew weapons, signal equipment etc. In the Second World War these pieces of webbing had been left un-blancoed, despite the requirement for individuals to blanco their personal load bearing kit. This left items such as signal satchels and Bren gun barrel bags in their natural colour which was a light tan and highly visible. It was therefore decided at some point, probably the early 1950s, that these items should be manufactured of pre-dyed cotton and so many items can be found in a deep shade of green including this post war Bren barrel bag:

My thanks go to Andy Dixon who kindly gave me this piece for the collection.

Apart from the colour, the design is identical to that used in wartime, so it has a large pocket to allow the spare parts wallet to carried:

A small pocket for a square oil bottle:

And a set of three pockets near the top, each secured by a quick release tab and brass staple, to hold a pull through, oil bottle of graphite grease and a reaming tool:

On the side of the bag a grab handle is sewn in to allow the bag to be carried:

A longer shoulder strap is also provided, adjustable with a brass Twigg buckle:

The main body of the bag is of course for the spare barrel itself and a large flap with the same quick release fastening ensures that the contents cannot be lost:

Also carried inside was a wooden cleaning rod, that fitted into a small pocket that is just visible in this view: 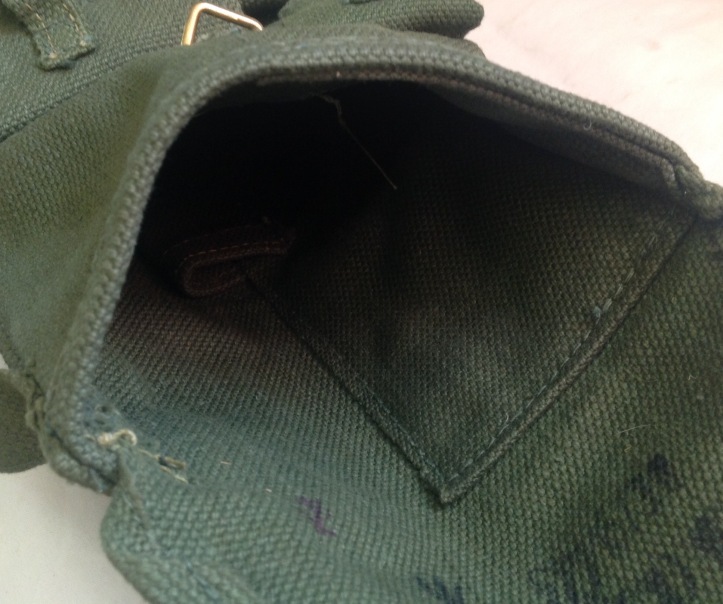 Date and manufacturer are stamped on the underside of the main flap, dating this example to 1955: 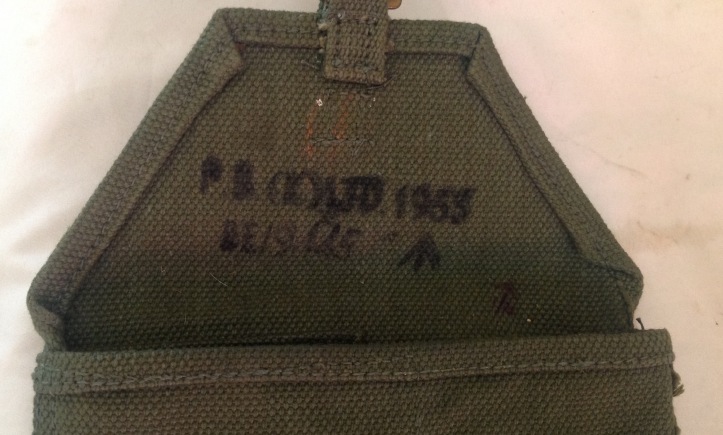 These post war bags are often overlooked by collectors as they are obviously dated to after the Second World War, however the .303 Bren gun remained in service for many years after the end of the conflict, indeed this particular variant remained in use with cadets well into the 1980s. As such the post war accessories are worthy of as much consideration as the more popular WW2 era items.