The introduction the Sten gun in 1940 gave the British Army a minor headache when it became apparent that the magazines were too long to allow them to be carried in the standard 37 pattern basic pouches then in service. This therefore led to the introduction of the MK III pouch, which was 1/2 inch longer than the earlier model to allow the magazines to fit in. Later models would be produced with quick release tabs, like the example here, but the early versions retained the press stud to secure the lid and it is an example of this pattern we are looking at tonight:

Apart from its length, the pouch conformed to the standard design that had been in use since the start of the war, described in the 37 pattern webbing manual as:

Basic Pouches- these are interchangeable, and are rectangular in shape to contain two Bren gun magazines each, or a number of grenades, or S.A.A. A buckle is provided at the top of each pouch for attachment of the brace; 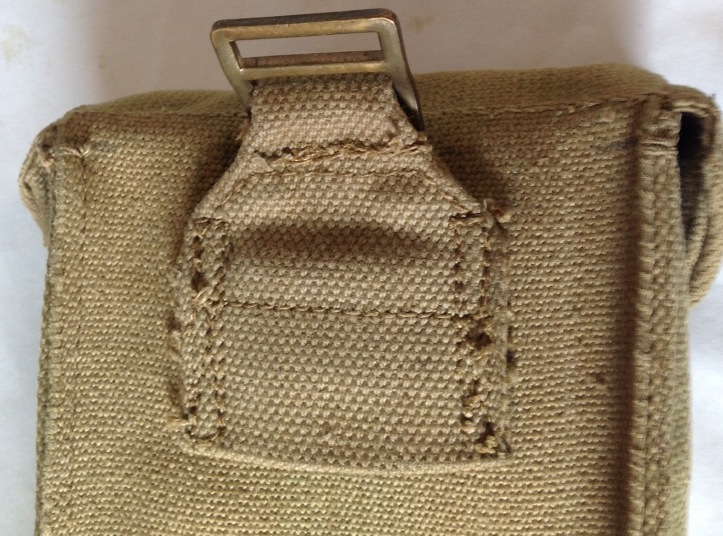 This buckle has a loop at the top which serves for connecting the hook on the shoulder strap. Two double hooks are fitted to the back of each pouch for attachment to the waist belt: 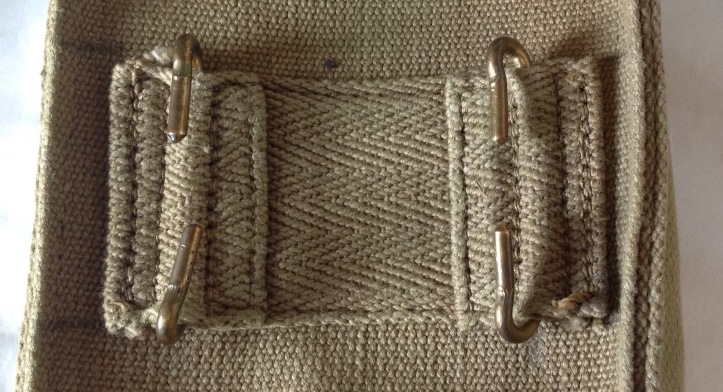 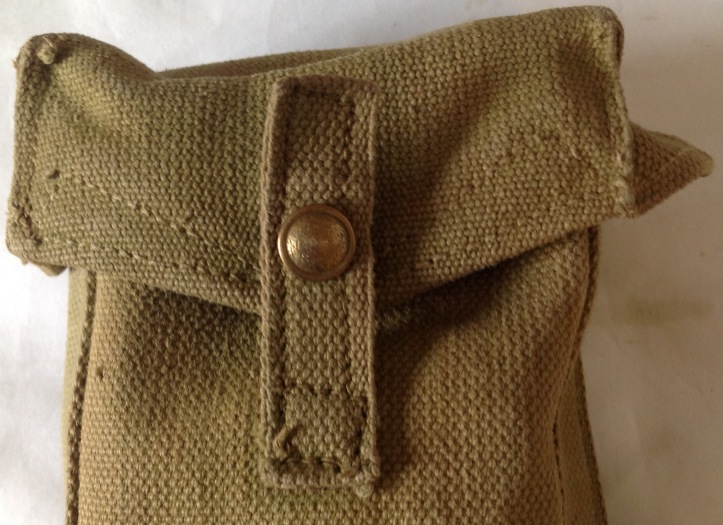 This particular pouch is marked on the underside of the lid as having been manufactured by BG Ltd in 1943:

These pouches saw service after the war and the following instructions for what to carry in them come from a Royal Navy publication of 1950:

These are designed to carry ammunition or Bren magazines. A typical ‘carry’ for the rifleman of a section is two Bren magazines in each pouch, or two magazines in one pouch and fifty rounds of rifle ammunition in the other. Grenades cannot be carried in the pouches with other ammunition. There is no specific place for grenades to be carried, but they are usually placed in the haversack. The pouches are fitted with metal prongs that fit in the canvas sockets in the inside of the belt. They are worn on the front of the equipment, equidistant from the central buckle and so that the arms are free to move across the body.