Just as it had done with the desert DPM rucksack covers, the British Army introduced MTP pattern rucksack covers when that camouflage became standard issue to allow its DPM patterned bergens to continue in service. Bergens are a relatively expensive item of military kit, whilst a simple cloth cover is comparatively cheap and a simple way to ensure that supply chains were not clogged up waiting for replacement kit to replace serviceable bergens that just happened to be in the old camouflage.

The rucksack cover consists of a large piece of MTP fabric:

This has a drawstring around its edges that allow it to be secured over the bergen: 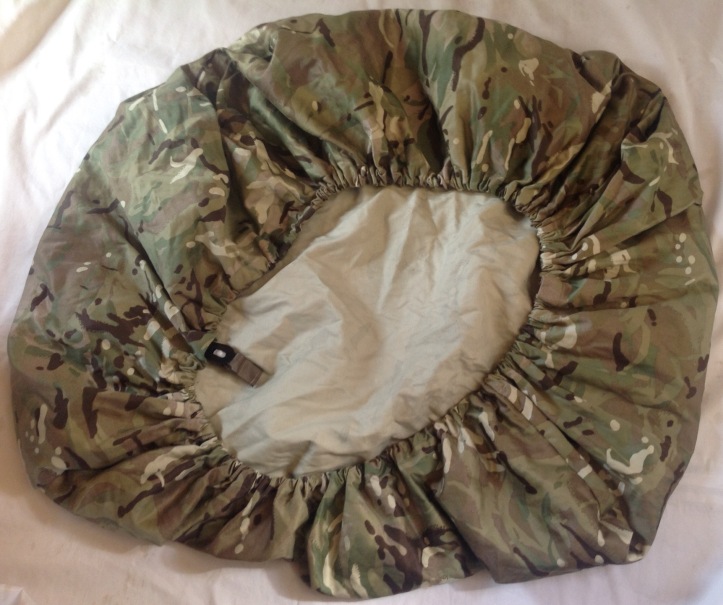 A plastic slider buckle allows the string to be tensioned to give a secure fit:

As usual, a small white label is sewn inside with details of the item’s NSN number and date of manufacture:

Two MTP covers can be found, a smaller version designed to cover packs such as the daysack; here modelled by a Ghurkha on exercise: 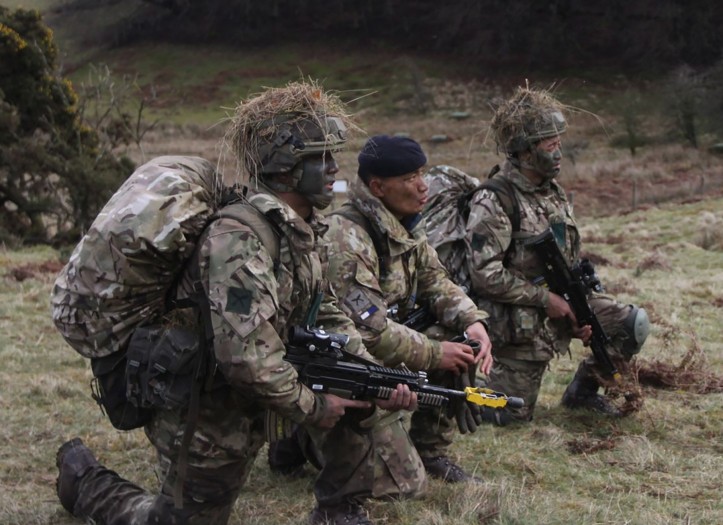 And a larger bergen cover like the example above, which can be seen here being used by a fusilier: