Today marks seventy five years since the D-Day landings, and thoughts turn to the brave men of the Allied Expeditionary Force that fought in Normandy on this day. Commemorations are taking place in both the UK and France and whilst impressive, these celebrations are small in comparison to the fiftieth anniversary back in 1994. There were of course many thousands more veterans alive for that anniversary and massive commemorations were organised on both sides of the channel. Personally I was ten years old and I remember watching it on television and as an avid stamp collector I was entranced by the Royal Mail commemorative stamps that were issued. The Royal Mint also issued a special 50p coin to commemorate the event and my father bought both myself and my brother a special souvenir pack.

Since then I have picked up a small collection of commemorative items relating to the fiftieth anniversary of D-Day and it seems appropriate to look at them tonight:

The Royal Mail’s stamps were inspired by the design of the magazine ‘Picture Post’ and a special point of sale card was produced to display in post offices to encourage people to buy the new set of stamps:

The stamps themselves were of course sold individually for use in the mail, but special collector’s packs of mint stamps were produced: 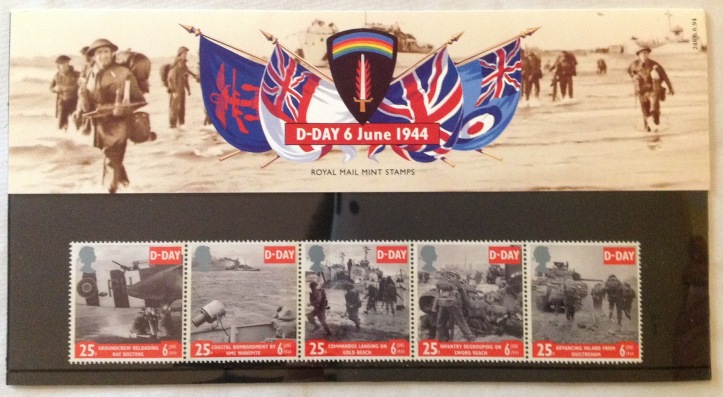 As well as the standard first day cover:

The first day cover included an explanatory card inside with a brief outline of the Normandy Landings:

The Royal Mint’s 50p was offered in a card commemorative folder: 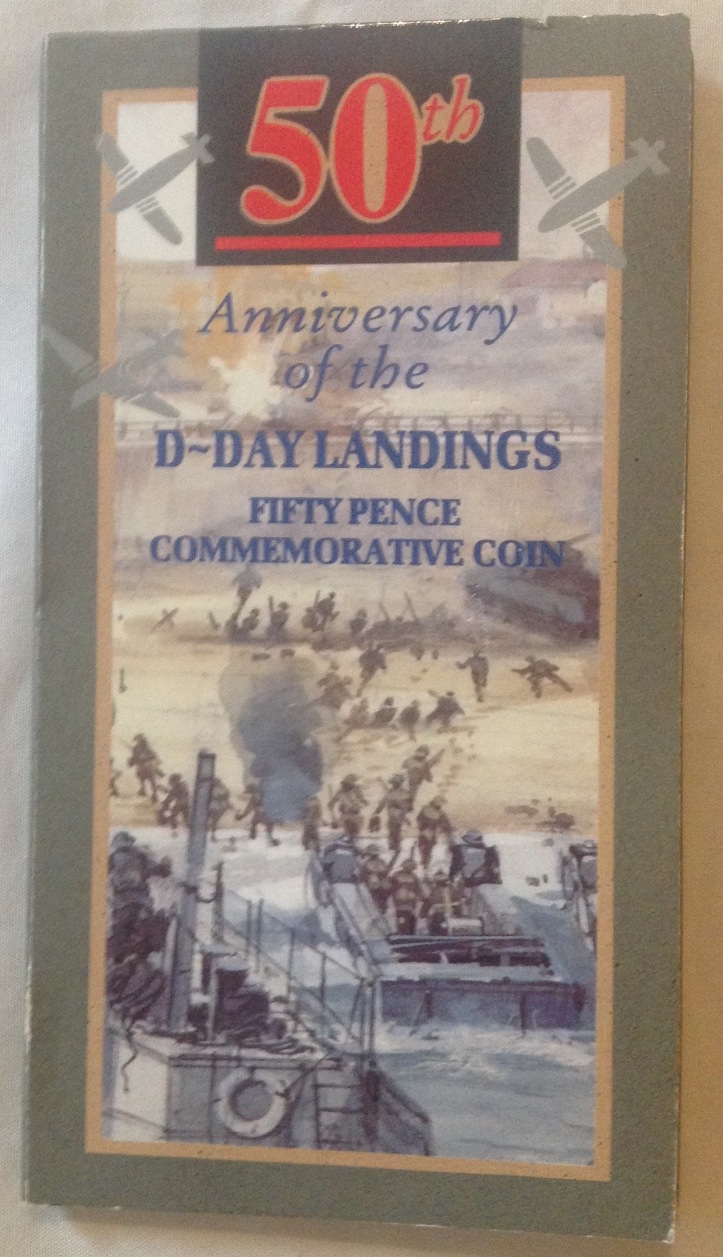 This folded out and the coin itself was contained in a plastic blister:

The coin featured a design of the landings with gliders flying overhead and the seaborne invasion beneath: 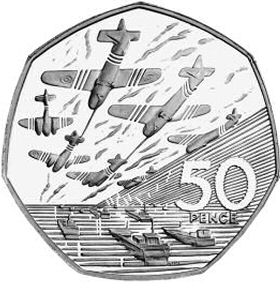 This particular design is often cited as one of the public’s favourite ever con designs and even twenty five years later is a striking design.

Sadly it seems unlikely that veterans will be able to return to Normandy in any great numbers for future commemorations as all are well into their nineties now, it will so be left to those of us from future generations to keep their sacrifice alive in people’s hearts and minds.