In the 1950s the British army introduced an update to their cotton ammunition bandoliers. The end of World War II had seen the MK 3 bandolier introduced with a light webbing carrying strap, the MK 3/1 added an extra row of cotton across the bottom edge to reinforce it. Originally issued to carry .303 ammunition, these bandoliers remained in service for the 7.62mm rounds as well. This example is typical of the post war bandoliers:

The bandolier has five individual pockets, each secured with a brass wire hook, passed through a hole in the cotton and folded over to secure it:

Each pocket would carry two five round chargers, giving a total of fifty rounds per bandolier. The webbing strap is 1 1/8″ wide herringbone twilled webbing:

The reinforcing strap is clearly visible across the bottom:

The bandolier has a number of stamps, this one dates the bandolier to 1967 and shows it is a MK 3/1: 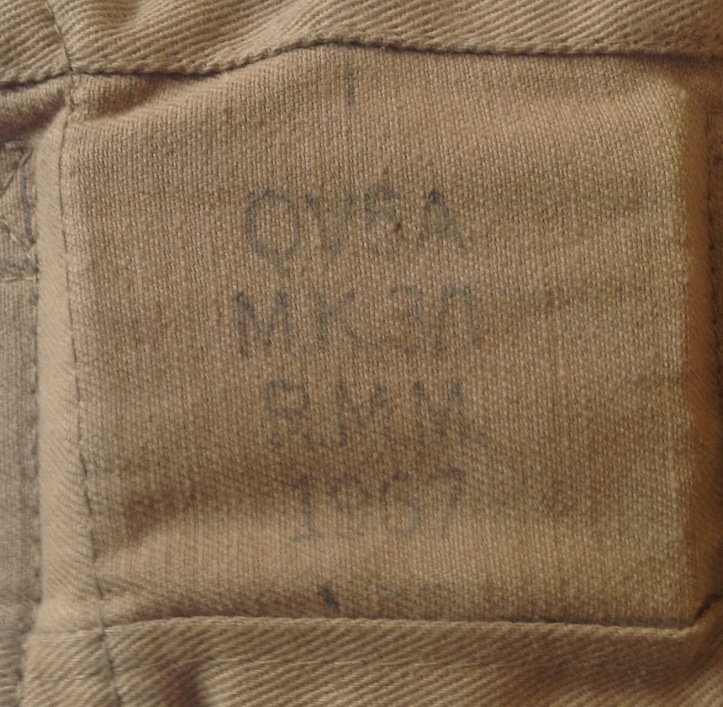 A stamp on the rear shows it was filled by Radway Green on 20th June 1967:

There is also a random circular stamp which is poorly stamped so impossible to read: 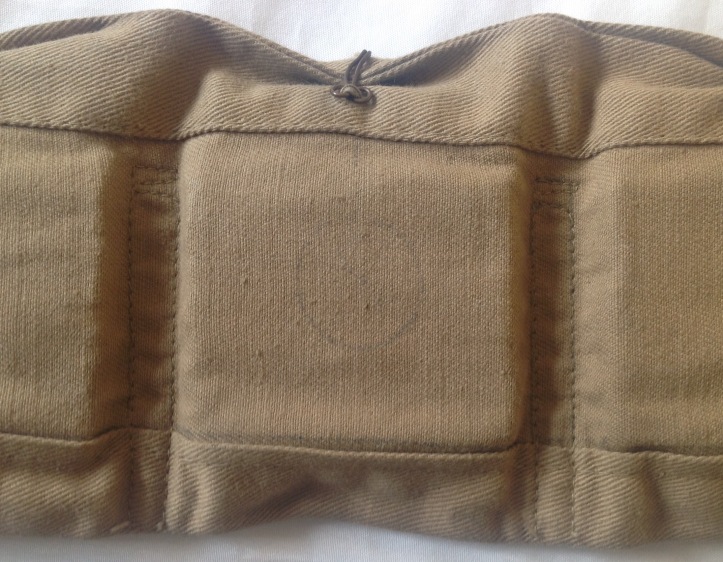 These bandoliers remained in service throughout the SLR era, the rounds being used to refill magazines during quiet periods. Here troops in the Falklands War can be seen with the disposable bandoliers slung over their chests: 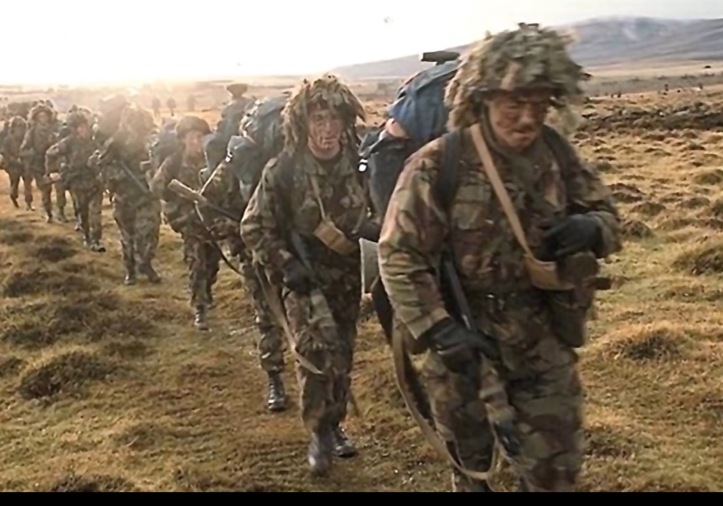 This account from the Falklands by Vince Bramley describes using these bandoliers:

The weight of the webbing was cutting into my shoulders, the bandoliers cutting into my neck. By resting the SLR on my webbing, I could reach up and pull then straps from my neck to help relieve the agony they gave me.

About three kilometres into the march, we stopped. I sat down quickly and swapped the bandolier straps over to my other shoulder, longing to rest for those vital five minutes we were given.