Following on from last week’s post on DDPM trousers, tonight we are looking at the accompanying pair of shorts: 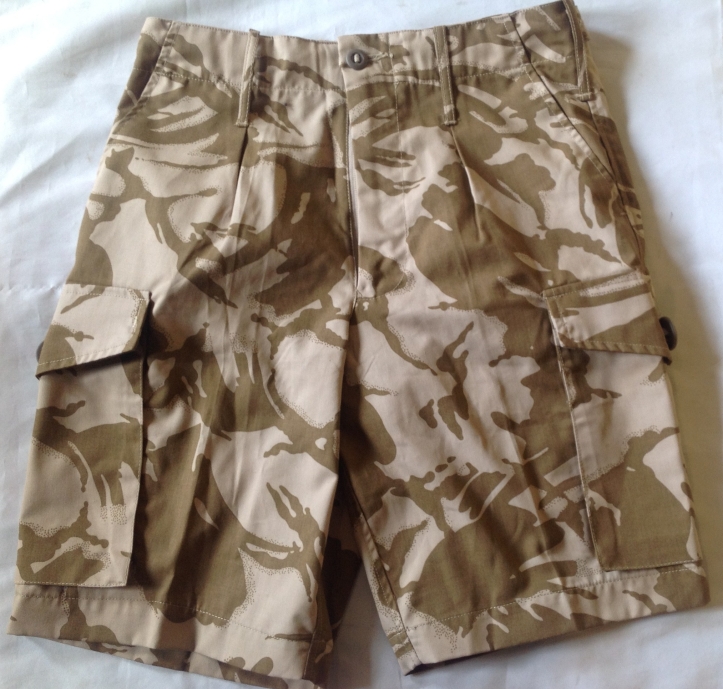 Shorts were not initially issued to troops going out to Iraq and Afghanistan, however men quickly started cutting down spare pairs of DDPM trousers to create their own pairs for wearing off duty and the army decided to formalise this practice with an issue garment. The shorts are identical to the CS95 trousers, but cut off under the pockets, with a hem at the bottom of the leg: 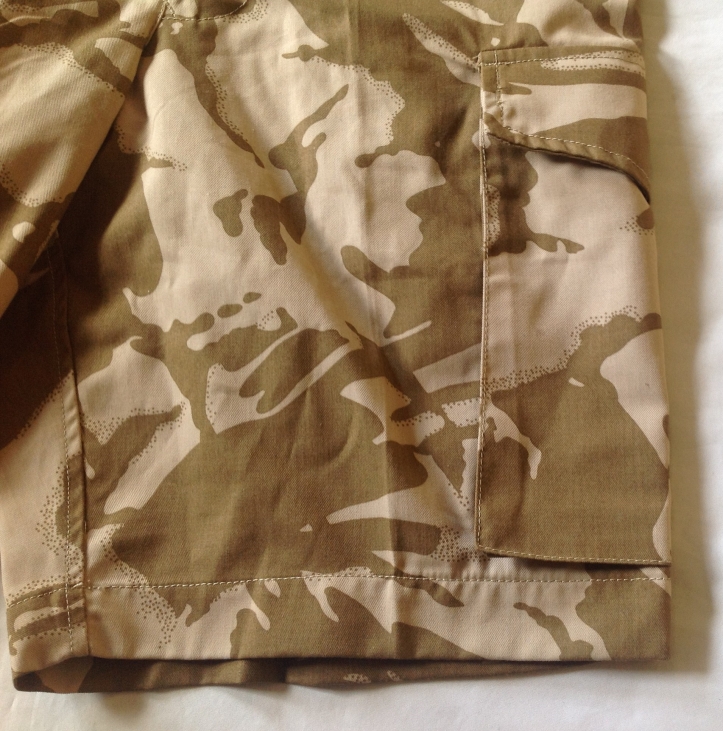 The pockets are bellows design, with a triangular top flap. Note the small flap of fabric that allows the pocket to be completely sealed off when closed to help prevent sand getting in: 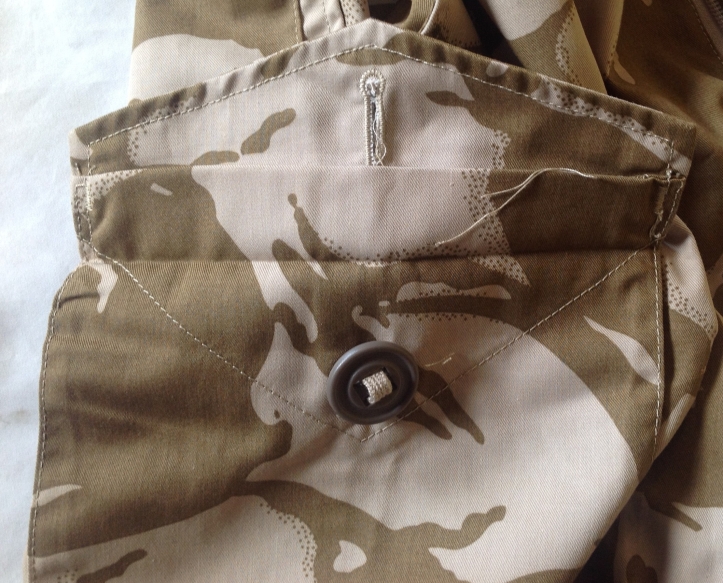 A set of belt loops is provided at the waist: 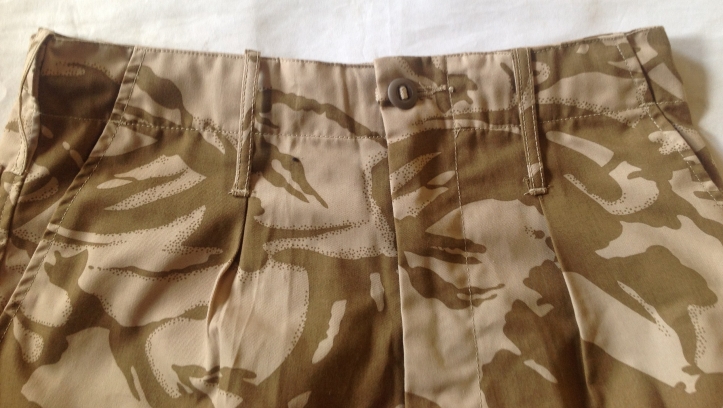 A standard white label is sewn into the rear of the shorts:

These shorts were only for use away from operations, as this soldier explains:

Shorts are only to be worn in down time and never ‘outside the wire’.
You are also issued sandals for the same situation to air your feet.
Neither of which can be worn around larger camps either (Bastion, Lash, Price etc) other than in your own area, as previously mentioned, at commanders discretion.
I’ve only seen the shorts in desert DPM but lads got their MTP trousers cut down by the tailor in Bastion for the same reasons.
Don’t think you’ll be on patrol in shorts though…our grandfathers may have fought in the desert in shorts but that’s not how we do things now…

As an Engineer, I sometimes allowed the guys to work in shorts and T-shirts if doing work within the confines of a CP.
FOB maintenance etc.
Helmets/Osprey would then go on if working at height above the wall.

Despite this ruling, they can be seen being worn in combat by base troops who went quickly into action such as mortar teams and artillery units, where personnel only had time to don body armour and helmets: 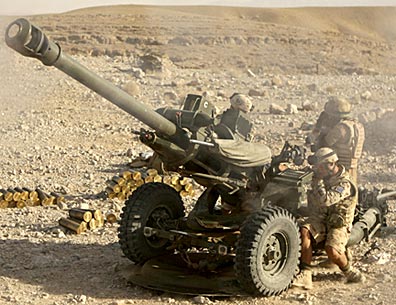