Since the dawn of metal ships, naval vessels have needed constant painting to keep them serviceable. Painting ships, outside of refits in a naval dockyard, was a task given to the crew. Painting the ships served a number of purposes. Sea water is incredibly corrosive to iron ship hulls, painting the ironwork provided a protective barrier that helped keep the hull intact. Painting helped keep the ship smart and gave a quick visual indicator of the efficiency of the captain and his crew. Finally chipping off old paint and applying fresh coats was a useful way of keeping men employed during quiet times that prevented them from loafing about below decks getting into trouble.

This week’s postcard is an Edwardian image of sailors painting the side of their vessel:

The men are suspended over the side of the hull in bosun’s chairs:

A bosun’s chair was simply a plank of wood, with ropes attached to each end, that gave a temporary platform for a sailor to sit or stand on whilst working on the side of a ship.

Here the men are observed from the deck above by officers and Royal Marines, wearing their dark blue service uniforms:

The vessel itself is still painted in the Victorian colour scheme of black hull, with white or buff superstructure. The bow of this particular ship has an elegant gold scroll work clearly visible:

This colour scheme was dropped in about 1907 and ships were progressively repainted into grey, the colour offering far better camouflage at sea than the dark hulls of the old scheme. This postcard was sent in 1909, but may well be based on an image taken several years before. The ship in question is unknown, but had a white superstructure, just visible to the right of the image: 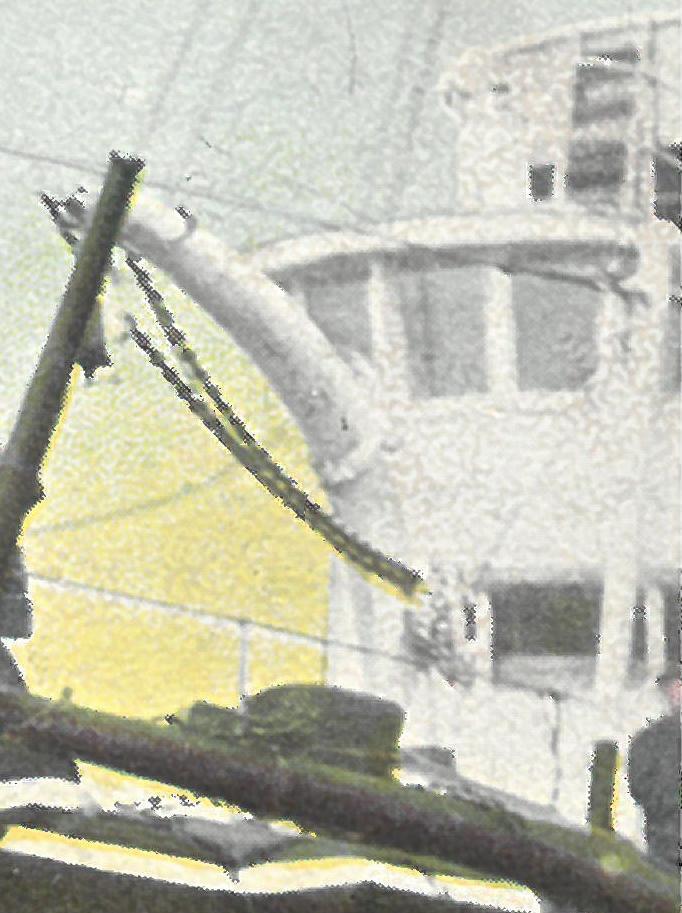 Even today, a century on from the Edwardian Navy and with far more resilient paints available, repainting the ship remains a constant chore for a ship’s crew and observers are quick to pass comment on a rust stained vessel!