Research Enterprises Ltd was a short lived Canadian company set up during World War Two to produce optics and electronics for the allied war effort. The company started producing war materiel in 1941 in Toronto and quickly became one of the region’s largest employers. By 1946 however the company was no more, like many firms set up by the Canadian government, once war was over REL was wound up.

As well as making radar equipment and sniper scopes, one of the most numerous products produced by the firm were binoculars for use by Canadian troops and allies. There were approximately 50,000 pairs of 6×30 binoculars produced by the company and it is a pair of these we are looking at tonight: 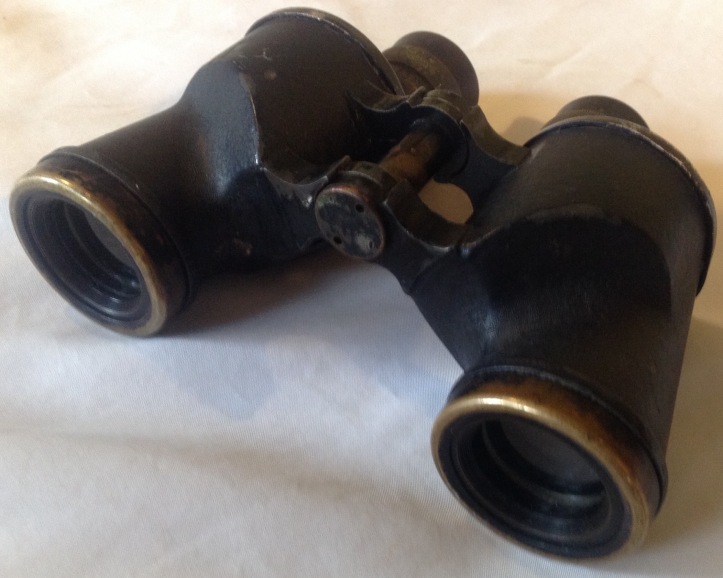 Unlike the Second World War British and Indian binoculars we have looked at on the blog before, this pair do not copy the WW1 British prismatic binocular design, but rather have a far more modern and ergonomic shape to the main body: 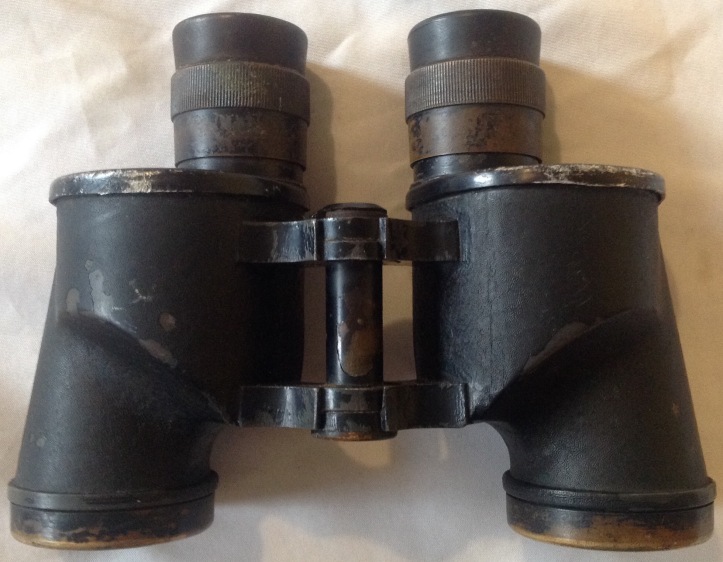 This is coated in a special non slip black paint finish that helps the user keep hold of the binoculars regardless of sweat or moisture. The reverse of the binoculars have two lugs braised onto the main barrels to allow a neck strap to be attached: 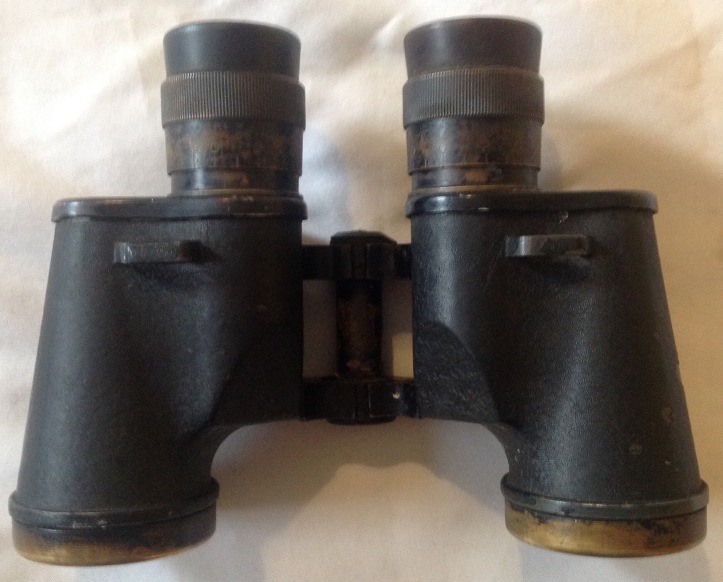 The focus of the lenses is adjusted on the individual eyepieces, which thread in and out to change the focal length. A graduated scale is engraved onto each eyepiece: 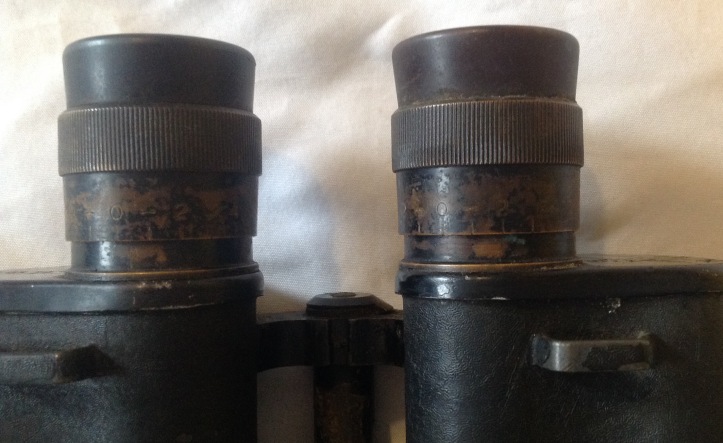 The top of each barrel is engraved, the left hand one has the /|\ mark and the power of the binoculars themselves: 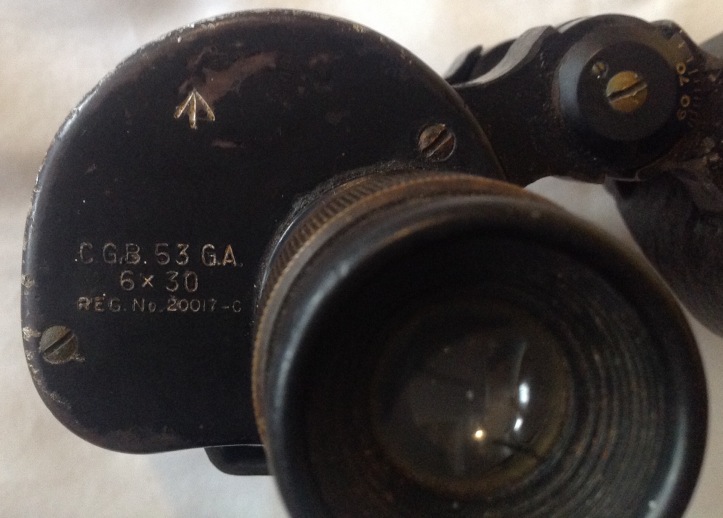 The letters CBG53GA are a Canadian Army stores code and the GA indicates that this pair were originally issued with a case. The right hand side indicates that REL produced this set in 1943 in Canada and gives details of the settings of the reticules inside the lenses: 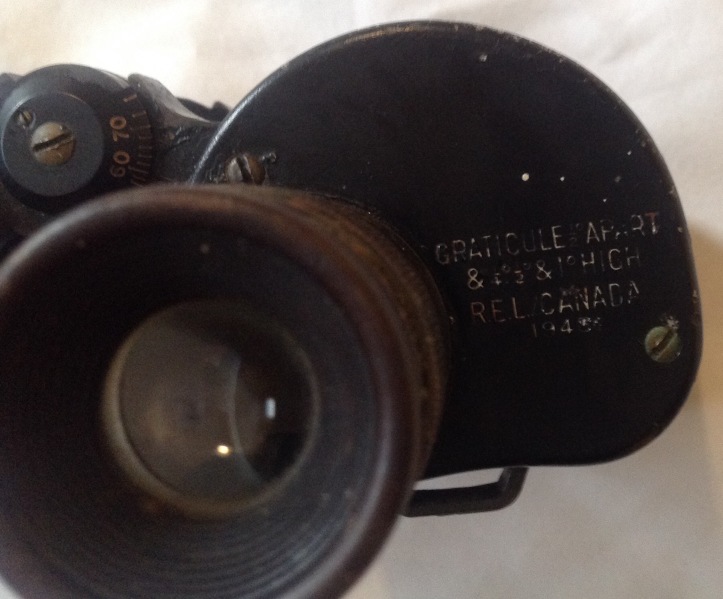 The quality of these binoculars is excellent and I can imagine them being a popular choice amongst British officers as well as with the Canadians. When manufactured, the binoculars were tested by spraying with water and being dropped six feet into sand. A number of cases can be found for the binoculars. As well as fitting in the standard 37 pattern binocular case, a rexine-type case is also found with these optics, in both a black and a very dark green colour.