Until it was merged into the Royal Regiment of Scotland in 2006, the Royal Scots were the most senior line regiment in the British Army, tracing their lineage back in an unbroken line to 1633. The regiment saw much service in the period immediately after the Second World War, including being deployed to Korea, Egypt and Aden as well as regular tours of Northern Ireland from the 1960s onwards. On each of those deployments the regiment’s distinctive glengarry was worn with pride whenever combat situations permitted and tonight we are looking at an example of one of those caps dating from the 1950s or 1960s: 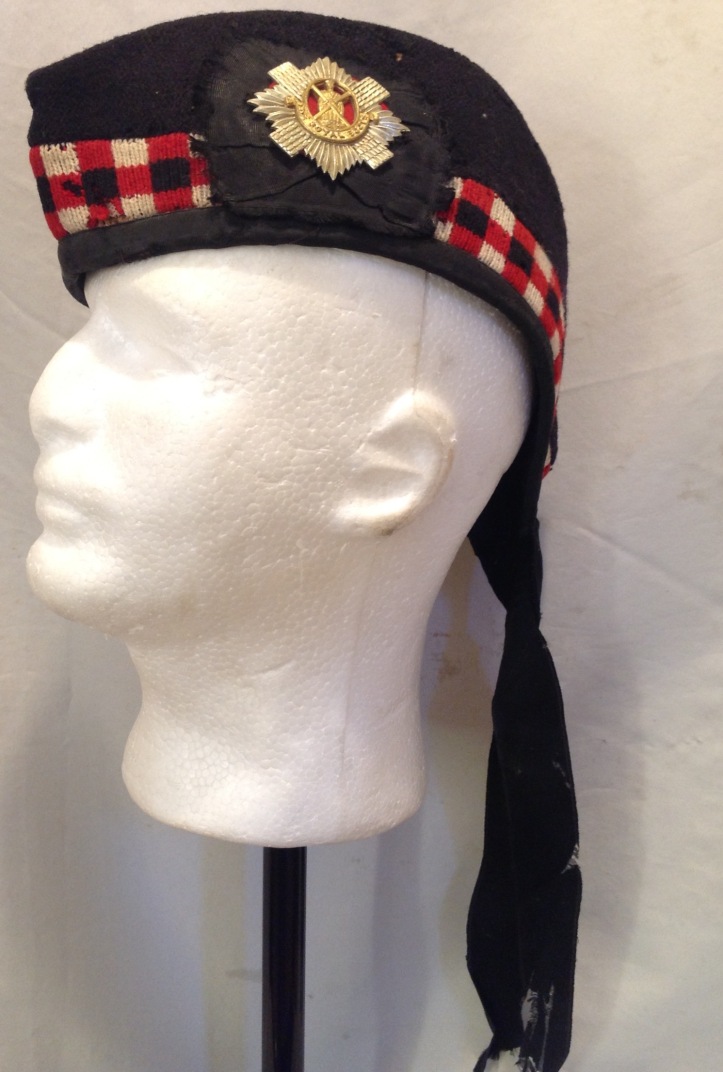 The glengarry folds flat to allow it to be easily carried in a pocket or under a shoulder strap:

The glengarry is predominantly black in colour, but has a diced band of red, white and blue around the lower half:

Note also the leather sweat band that is sewn around the lower edge. The regiment’s cap badge is attached with a black fabric rosette backing behind it: 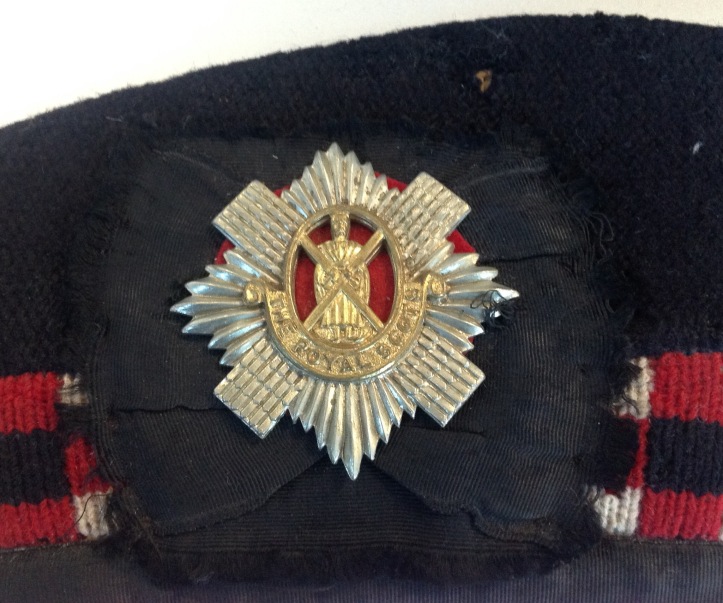 Removing the badge there is a second set of holes for a pair of cap badge lugs, suggesting that this cap has had a replacement badge at some point in its life: 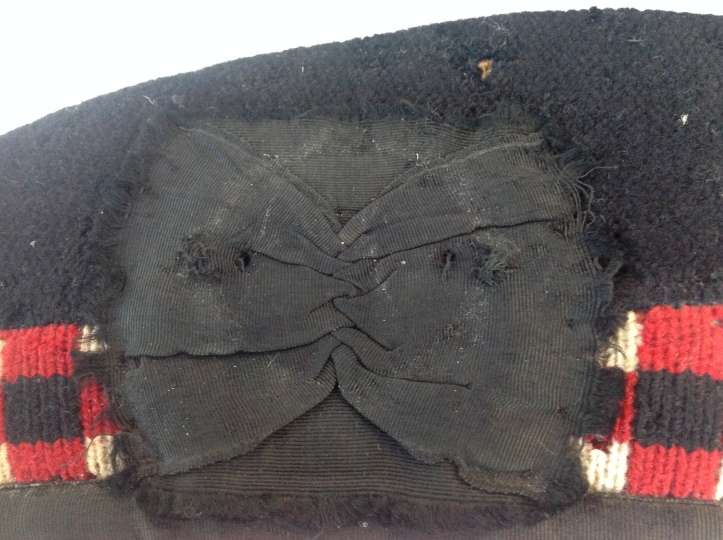 A pair of black tapes hangs down from the rear of the cap: 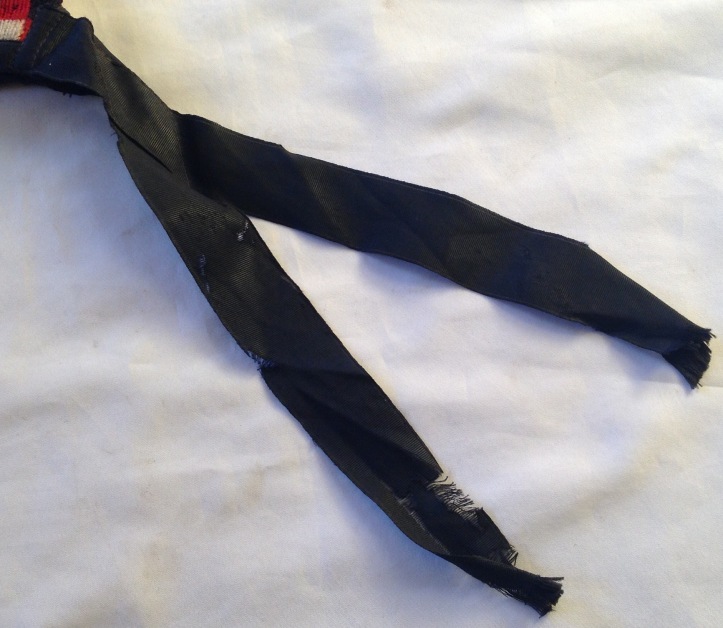 A white inspector’s stamp with a /|\ mark is stamped into the interior of the cap: 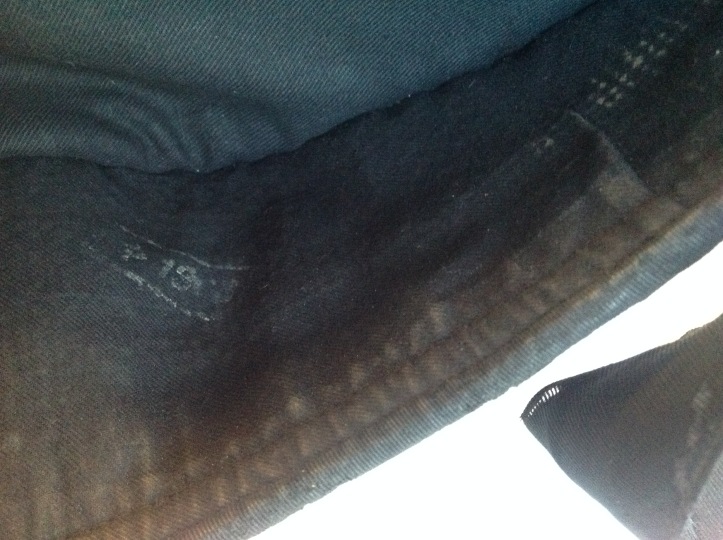 Sadly this cap has suffered from the moths a little over the years and is rather tatty now. During World War Two and earlier it was traditional to wear the glengarry steeply tilted to one side with the cap badge high on the head, after the war it became common practice across all regiments to wear them level on the head: 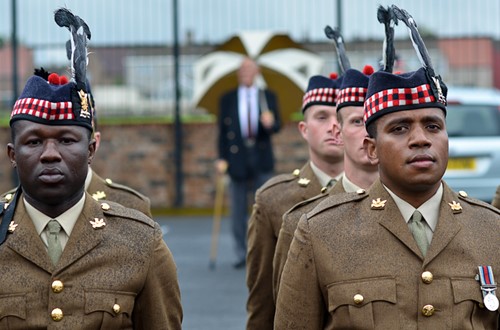 Here we see Private Danny Hall from Glasgow (right), of the 1st Batt. Royal Scots, saying goodbye to the regiment mascot, three and a half year old Mark Baillie, of Fortingale Street, who they handed over to the replacing regiment, the 2nd Batt. the Coldstream Guards. Receiving the mini soldier is Sergeant Bob Otto from Maidenhead in Belfast, July 1970: 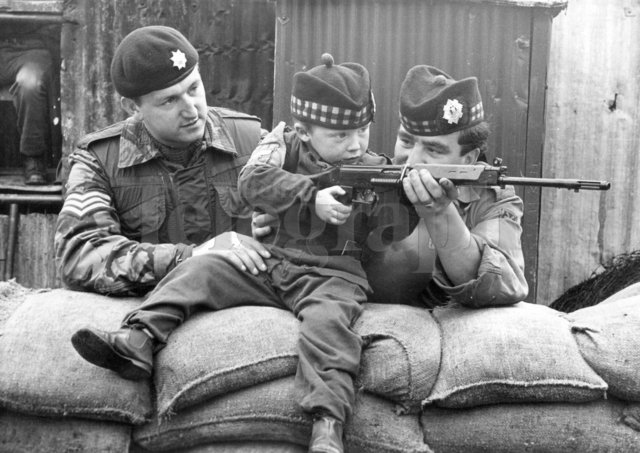