Tonight we have a rather attractive postal cover depicting a Wellington bomber, dating from 1984. The cover itself commemorates the 31st anniversary of the last flight of the Wellington back in March 1951 and the cover itself was flown in a Lancaster bomber:

Of more interest to us however is the signature, which is that of William Reid VC:

William Reid was born in Baillieston, near Glasgow, on 21 December 1921 the son of a blacksmith. He was educated at Swinton Primary School and Coatbridge Higher Grade School and studied metallurgy for a time, but then applied to join the RAF. After training in Canada, he received his wings and was a sergeant when he was commissioned as a pilot officer on probation in the Royal Air Force Volunteer Reserve on 19 June 1942. He then trained on twin-engined Airspeed Oxfords at Little Rissington before moving to the Operational Training Unit at RAF North Luffenham. There, his skill as a pilot led to his being selected as an instructor, flying the Vickers Wellington, albeit with the promise of a posting to an Avro Lancaster heavy bomber unit. He was promoted to flying officer on 19 December 1942.

The posting did not materialise until July 1943, when he was sent to 1654 Conversion Unit, RAF Wigsley, near Newark-on-Trent, where he flew his first operational mission as second pilot, in a Lancaster of 9 Squadron, in a raid on Mönchengladbach. In September he was posted to 61 Squadron at RAF Syerston, Newark, to commence Lancaster bombing operations, and flew seven sorties to various German cities before the raid on Düsseldorf. 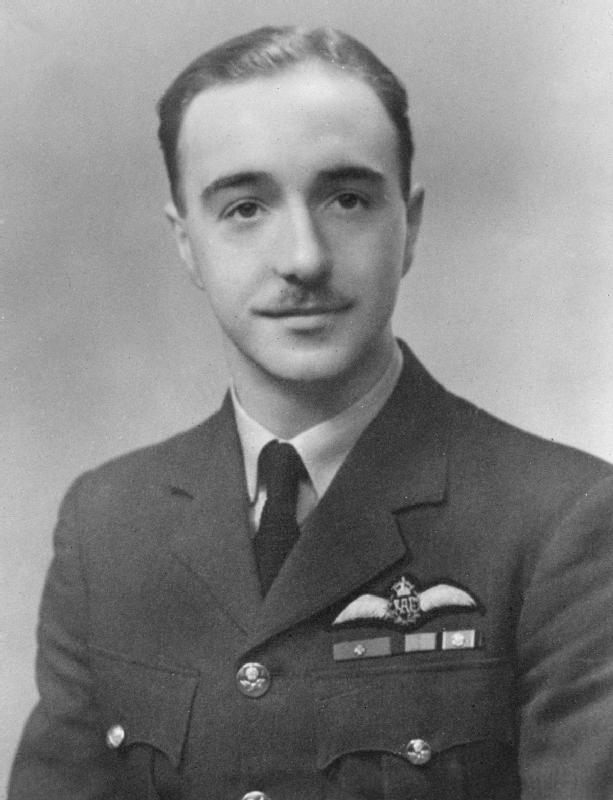 His official VC citation recorded the action for which he won the medal:

On the night of November 3rd, 1943, Flight Lieutenant Reid was pilot and captain of a Lancaster aircraft detailed to attack Dusseldorf.

Shortly after crossing the Dutch coast, the pilot’s windscreen was shattered by fire from a Messerschmitt 110. Owing to a failure in the heating circuit, the rear gunner’s hands were too cold for him to open fire immediately or to operate his microphone and so give warning of danger; but after a brief delay he managed to return the Messerschmitt’s fire and it was driven off.

During the fight with the Messerschmitt, Flight Lieutenant Reid was wounded in the head, shoulders and hands. The elevator trimming tabs of the aircraft were damaged and it became difficult to control. The rear turret, too, was badly damaged and the communications system and compasses were put out of action. Flight Lieutenant Reid ascertained that his crew were unscathed and, saying nothing about his own injuries, he continued his mission.

Soon afterwards, the Lancaster was attacked by a Focke-Wulf 190. This time, the enemy’s fire raked the bomber from stem to stern. The rear gunner replied with his only serviceable gun but the state of his turret made accurate aiming impossible. The navigator was killed and the wireless operator fatally injured. The mid-upper turret was hit and the oxygen system put out of action. Flight Lieutenant Reid was again wounded and the flight engineer, though hit in the forearm, supplied him with oxygen from a portable supply.

Flight Lieutenant Reid refused to be turned from his objective and Dusseldorf was reached some 50 minutes later. He had memorised his course to the target and had continued in such a normal manner that the bomb-aimer, who was cut off by the failure of the communications system, knew nothing of his captain’s injuries or of the casualties to his comrades. Photographs show that, when the bombs were released, the aircraft was right over the centre of the target.

Steering by the pole star and the moon, Flight Lieutenant Reid then set course for home. He was growing weak from loss of blood. The emergency oxygen supply had given out. With the windscreen shattered, the cold was intense. He lapsed into semiconsciousness. The flight engineer, with some help from the bomb-aimer, kept the Lancaster in the air despite heavy anti-aircraft fire over the Dutch coast.

The North Sea crossing was accomplished. An airfield was sighted. The captain revived, resumed control and made ready to land. Ground mist partially obscured the runway lights. The captain was also much bothered by blood from his head wound getting into his eyes. But he made a safe landing although one leg of the damaged undercarriage collapsed when the load came on.

Wounded in two attacks, without oxygen, suffering severely from cold, his navigator dead, his wireless operator fatally wounded, his aircraft crippled and defenceless, Flight Lieutenant Reid showed superb courage and leadership in penetrating a further 200 miles into enemy territory to attack one of the most strongly defended targets in Germany, every additional mile increasing the hazards of the long and perilous journey home. His tenacity and devotion to duty were beyond praise.