By the early 1930s the British Legion and the Haigh Poppy Fund had become firmly entrenched in British life and was doing sterling service in raising money for ex-servicemen and their families. The charity published a small pamphlet in 1930 that gave details of its work, what it spent its money on and how supporters could donate to the fund. The cover shows a large crowd in London, presumably at some sort of commemoration for the end of the Great War: 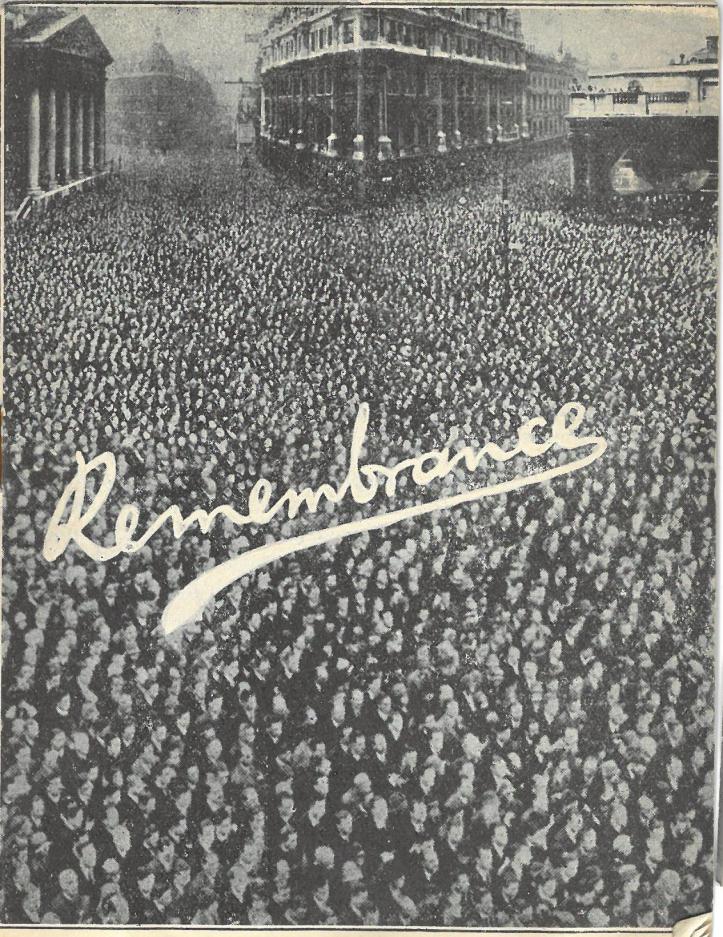 The interior of the leaflet has graphs and details of the different causes the charity supported along with a small number of pictures: 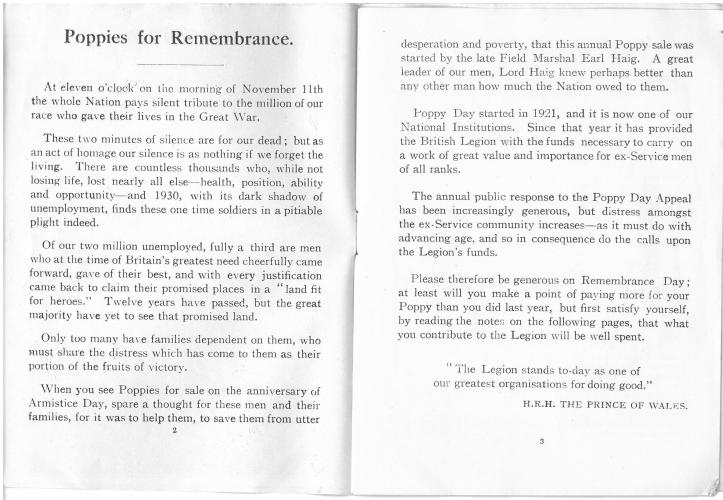 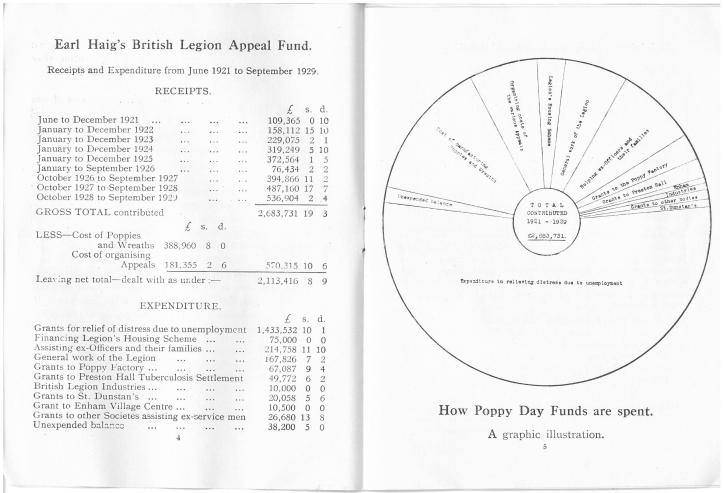 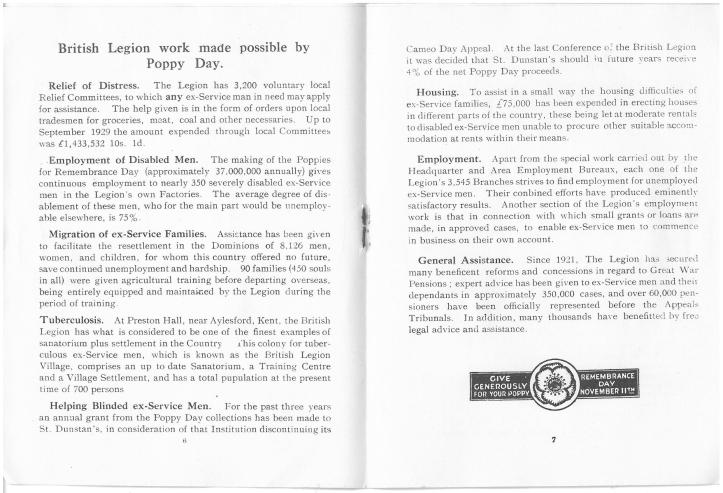 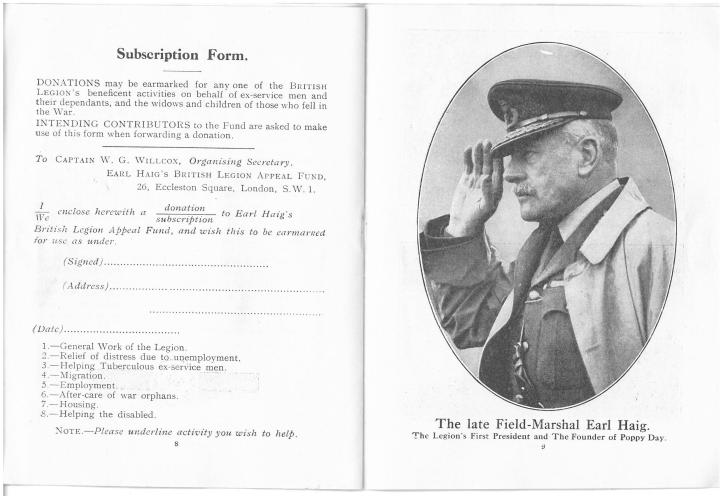 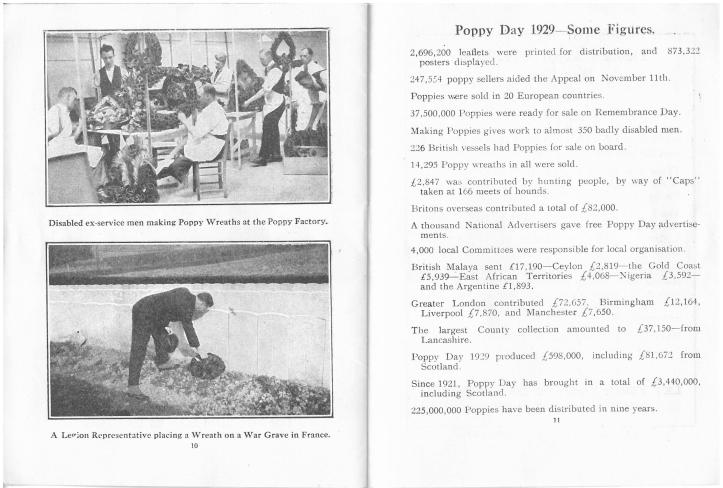 The rear has an advertisement for poppy wreathes that loved ones could purchase and arrange to have placed on a soldier’s grave: 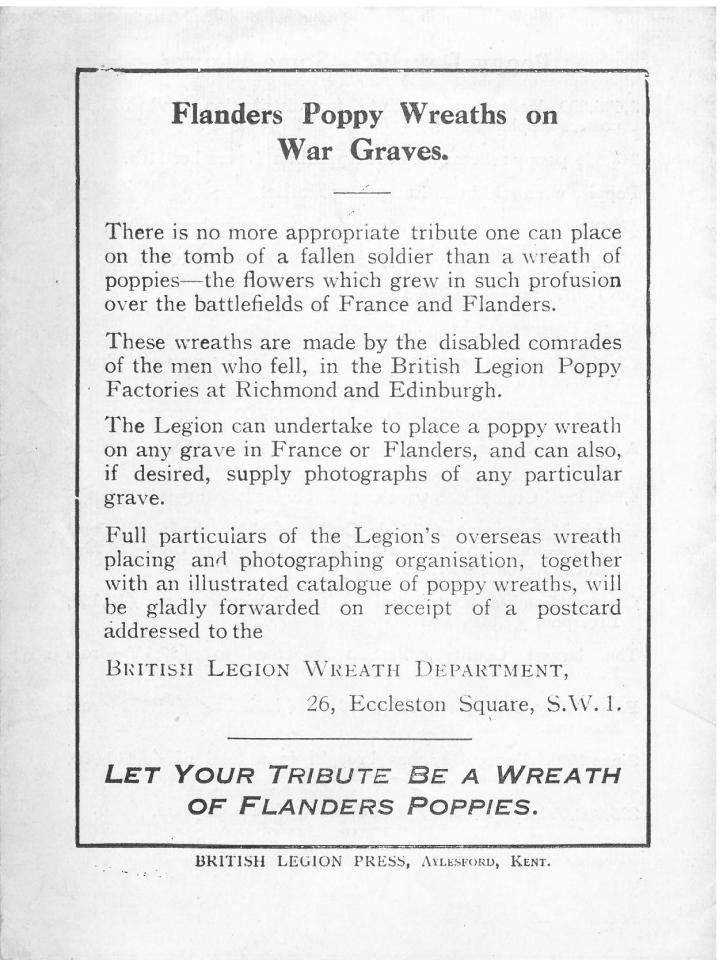 The Daily Mail reported on the preparations for Poppy Day in 1929:

Nearly 500,000 volunteers throughout the Empire, it is hoped, will sell poppies on Armistice Day, November 11. No fewer than 37,000,000 poppies and 20,000 wreathes have already been prepared at the British Legion factories.

An attempt is being made to collect not less than £750,000 this year for ex-Service men…

Approximately 4,000 local committees are busy preparing for November 11 throughout Britain and over-seas.

A big poppy motor mascot has been manufactured with a metal clip so that it can be fixed to motor-cars. Arrangements are being made for the distribution of these emblems in garages throughout the country.