The names of ‘Wipers’, Armentieres, Poperinge and many more of the small towns and villages of Flanders are indelibly inked on the minds of anyone with an interest in the British Army in World War One. Flanders was a portion of Belgium that was to see almost constant fighting from 1914 to 1918. The small and historic market town of Ypres was in the centre of this, and 1918 saw it almost flattened. In the 1920s it was extensively rebuilt, to the same design as before the war and even the magnificent mediaeval cloth hall was reconstructed. Today this impressive building in the centre of Ypres is home to the Flanders Fields museum, newly opened and looking to place the battles of the region in a wider context.

I was lucky enough to visit Flanders and Ypres last week and had the opportunity to visit the museum. The building it is housed in is truly magnificent and captures the grandeur of the original, indeed one has to look at original photographs of the devastation to see just what work the Belgian architects have done as you would believe it had stood untouched since the fourteenth century. On entering the museum you are presented with a white rubber wristband bearing a red poppy. With a sense of foreboding it is clear that this museum is ‘interactive’. On starting your museum tour you are invited to programme your wristband by entering you name, age and gender so that the displays can be tailored to you. 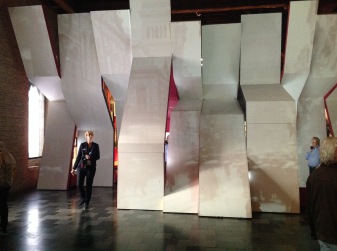 Visually the museum is very modern and impressive but on entering the main exhibition space you are struck by how much space is wasted. There is so much empty space or space given over to interactive displays and very little in the way of real objects and artefacts. Those artefacts that are displayed are often, frustratingly, poorly captioned so it is not clear what you are looking at or its significance. I quickly grew frustrated with the interactive displays and having to tap your wrist over a panel to see a small fragment of text on a screen quickly lost its appeal.

I therefore focused on those objects that were on display, some elements were excellent, the items recovered from the mud at Yorkshire Trench and a large artillery piece being fascinating. Perhaps the highlight of the museum for me though was a set of four twenty foot high display cases that showed, laid out, the uniform, equipment and weapons of a French, British, German and US infantryman. This was a very innovative display and really got home the similarities and differences between the kit of each nation. 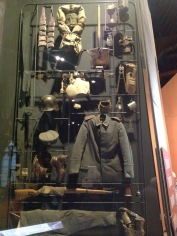 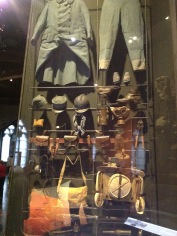 Despite these exhibits, the general feeling on leaving was one of slight frustration. The building was magnificent and there were some fascinating exhibits, but they were poorly captioned and the over emphasis on interactive technology detracted from what should have been a truly moving experience. Like many with an interest in military history I find the modern fashion for computer screens over tangible objects in museums a retrograde step; yes there is a need to engage the young and those with a casual interest, but this should be done in such a way as to supplement and showcase the original artefacts, not instead of them. 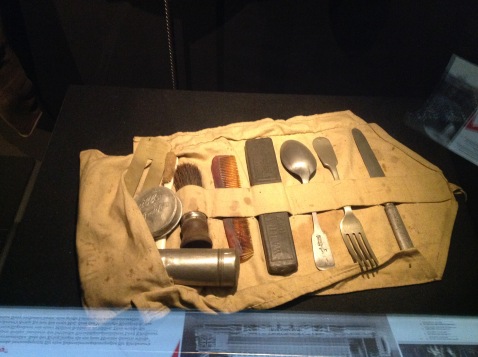 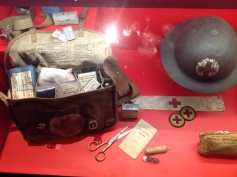