A daysack is a small back pack used for operations and training on a day to day basis, rather than a large bergan you are expected to live out of for weeks. On operations a daysack will contain rations, para-cord, extra water and ammunition etc. Daysacks are also used in the UK on training and it is one of these we are looking at tonight with the black thirty litre version:

These are issued to new recruits and used during initial training, certainly within the RN. They usually hold things needed for the day like a bottle of water, PT kit, training folders and a waterproof. They instantly mark someone out as being a new recruit or a reservist so most servicemen quickly ditch them in favour of something in camouflage, either a Northern Ireland patrol pack or a commercial daysack.

Like all rucksacks, this version is fitted with two adjustable shoulder straps on the rear:

The top of the rucksack incorporates a small pocket in the lid, that folds back to reveal a drawstring fastening to the main compartment of the daysack: 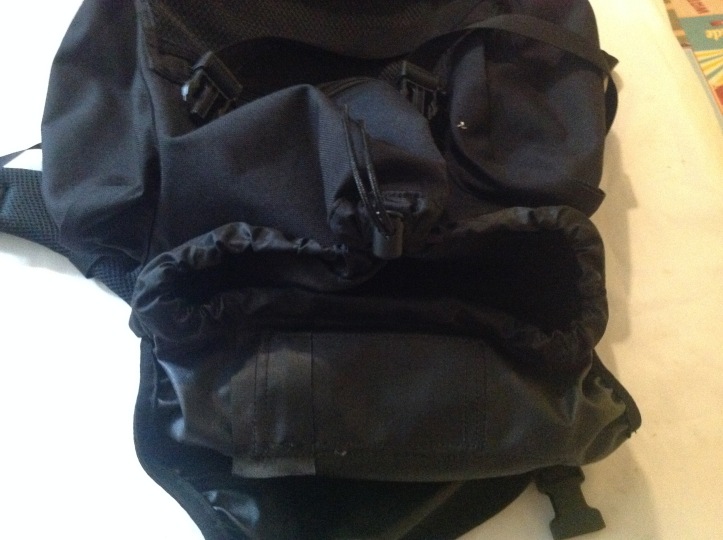 A second large pocket is fitted to the base of the daysack, secured with a zip. This is designed to allow a pair of trainers or shoes to be carried here:

Smaller pockets are fitted on either side of the main pack, each the correct size to carry a standard sports water bottle:

Finally a large mesh pocket is fitted to the front for papers, pens etc: 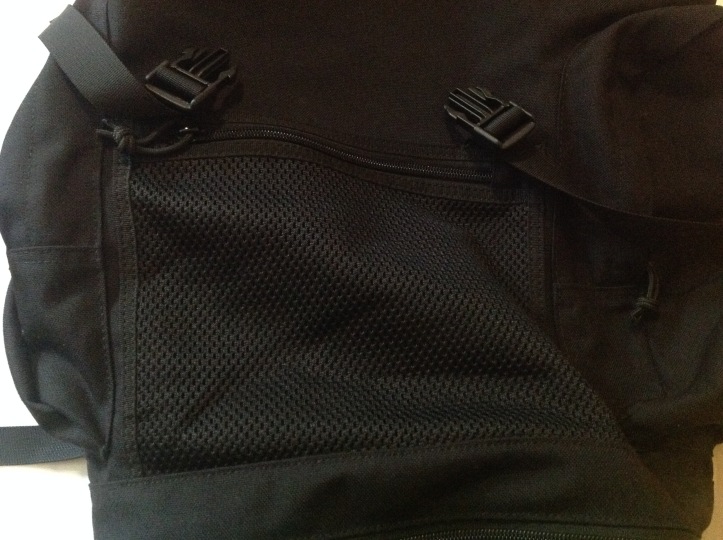 Ironically, however, as actually carrying anything here would be visible, recruits are banned from using this as it would look scruffy! Inside is a standard stores label giving details of the object’s title, manufacturers contract number and its NSN number, along with a space for a name and number: 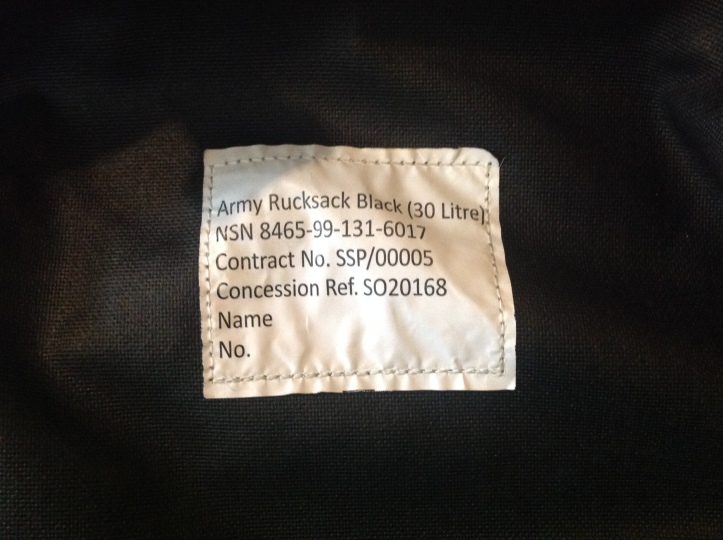 The actual design of the black daysack is well thought out for training in the UK, with space for shoes, water and learning materials. It is far less use as an operational bag and Servicemen’s opinions on the black daysack are not great:

That black issue one is crap. I loaded mine up with not very much and the seams just blew out.