The current issue Royal Navy foul weather jacket is an excellent piece of kit. Commonly known as a ‘foulie’ the jacket was originally introduced for wear on board ship in bad weather. It was quickly adopted for use on land as well and was far superior to anything that had preceded it. The jacket comes to mid-calf and is made of blue Gore-Tex:

A draw string is provided at the waist and the base of the garment, this allows it to be fitted and it is generally bloused slightly at the bottom rather than being worn straight down. A large reflective panel is sewn onto each upper sleeve:

This is so that if a man goes overboard in the dark there is more chance of seeing him during a searchlight sweep of the water. The jacket has two large patch pockets with top flaps secured by Velcro on the lower skirt:

A hood is fitted to the back of the neck and again has a large reflective panel running across it: 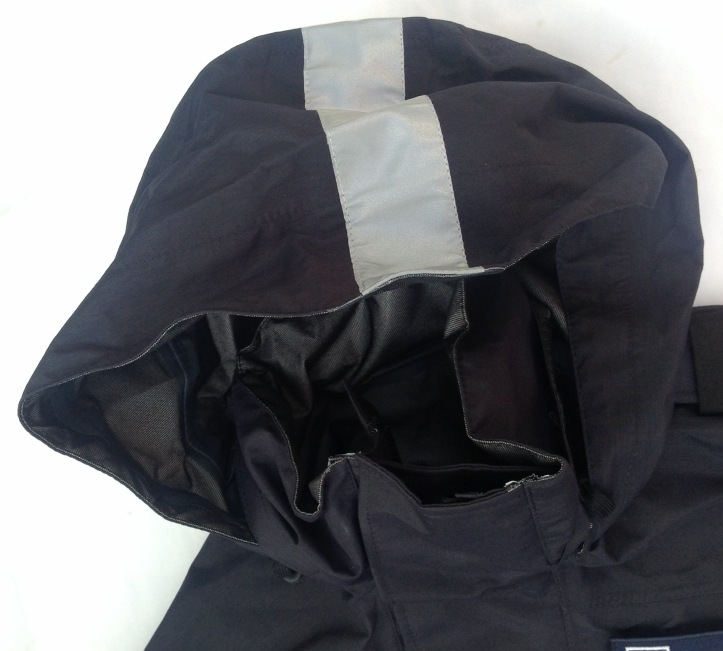 This hood is only worn at sea in bad weather, and is usually rolled up and stored in the neck:

The coat has tape sealed seams to help prevent water from seeping in: 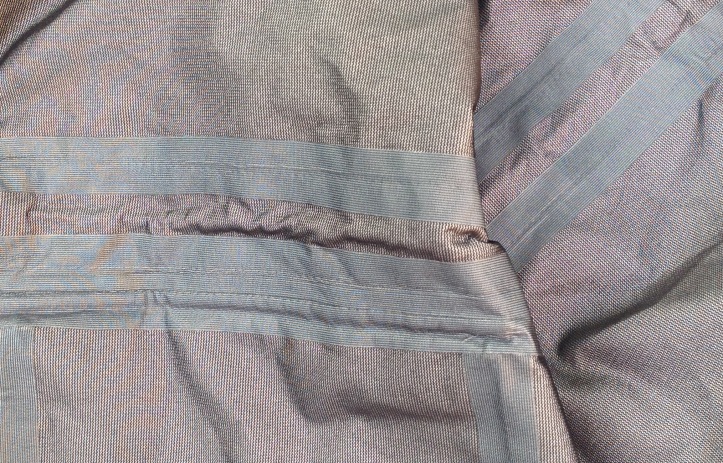 The coat has a central zip up the front, covered by a Velcro fly: 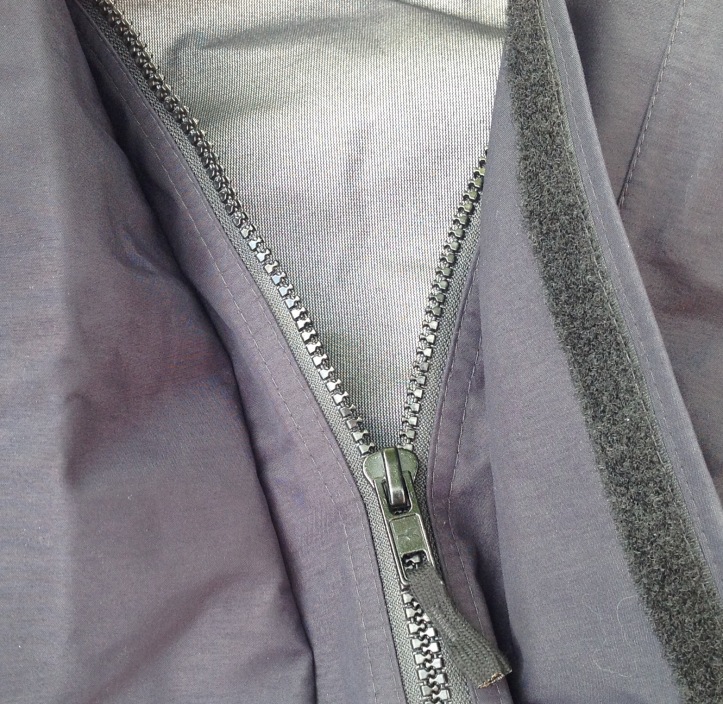 Insignia is limited to a pair of shoulder straps for rank slides to be attached to, here for an able seaman: 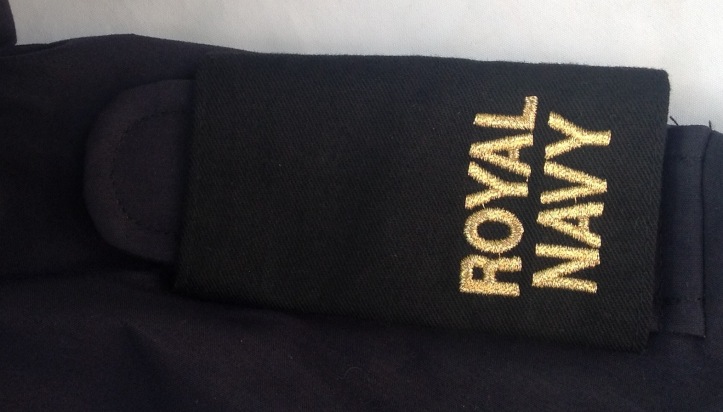 And a large removable ‘Royal Navy’ badge on the upper chest:

This is secured with Velcro and before recruits have passed out of HMS Raleigh they are not permitted to wear the ‘Royal Navy’ title. Once they have completed the initial training the badge is presented to them with their rank slides at a small ceremony. RN Police have an alternative badge indicating their role that is worn in this place on the foulie.

A standard sizing label is sewn into the inside of the jacket with space for the wearer’s name and number to be written:

Rules regarding the wearing of foulies can be a little hard to follow sometimes:

Got pulled at NEPTUNE gate coming out of the tunnel with a foulie on by a little 17 year old dabber, who told me that “yer outa rig of the day, foulies are only to be worn in inclement weather”.
As the weather was the customary Faslane monsoon (and I hadn’t had a particularly good forenoon on board the boat), my response was along the lines of “get your arse out of your warm little caboose, you might see it’s pissing down out here – how inclement would you like the weather to be, numbnuts ?”.
Alas, I didn’t see his Big Brother Crusher lurking in the lobby, who promptly trooped me. When the patrol report arrived on board, that well known Naval gentleman Mr Rusty visited the Reg Office, explained the facts of life regarding “inclement weather” on 4 Berth, and threw the charge sheet in the bin. I’d’ve followed him through famine, fire, pestilence and the plague after that – and still would. A true Gentleman and Scholar.

These jackets are issued to both ratings and officers and remain a popular and useful article of clothing: