I am a great fan of badged camouflage shirts, they are cheap, easily available and there are many different variations out there to collect, they also seem to have more character and more of a history to them than a mint unissued item. I suspect that in years to come these shirts will become increasingly collectible, but for now they remain cheap on the secondary market. We have looked at a number of these on the blog over the years and tonight it is the turn of an RAF badged desert DPM shirt dating from the War on Terror: 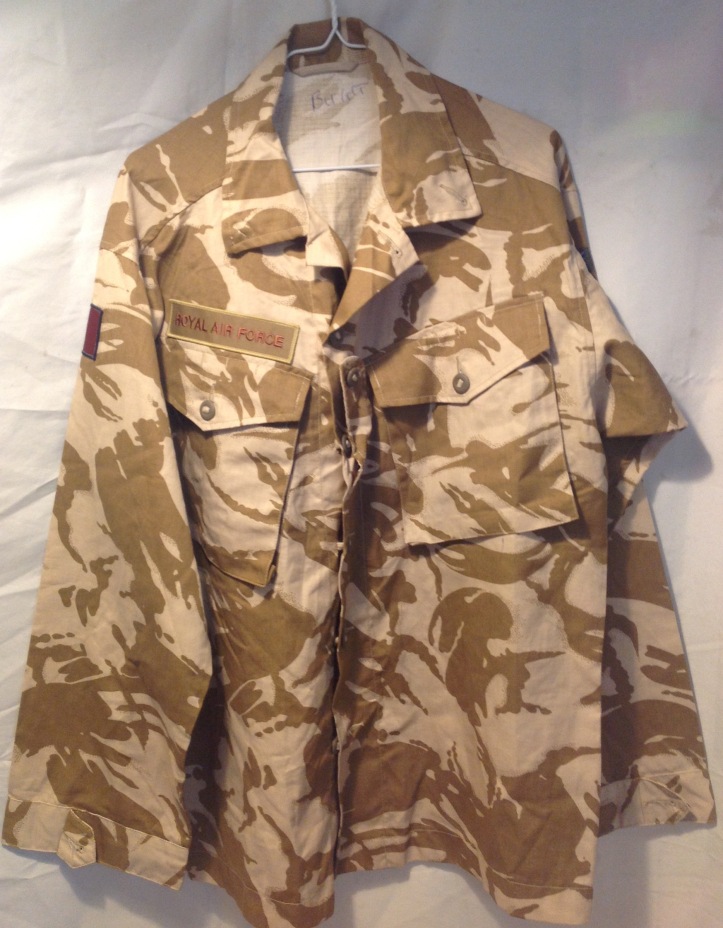 The shirt is an absolutely standard CS-95 type example, but has a large ‘Royal Air Force’ title sewn above one breast pocket:

And a three coloured tactical recognition flash on the sleeve: 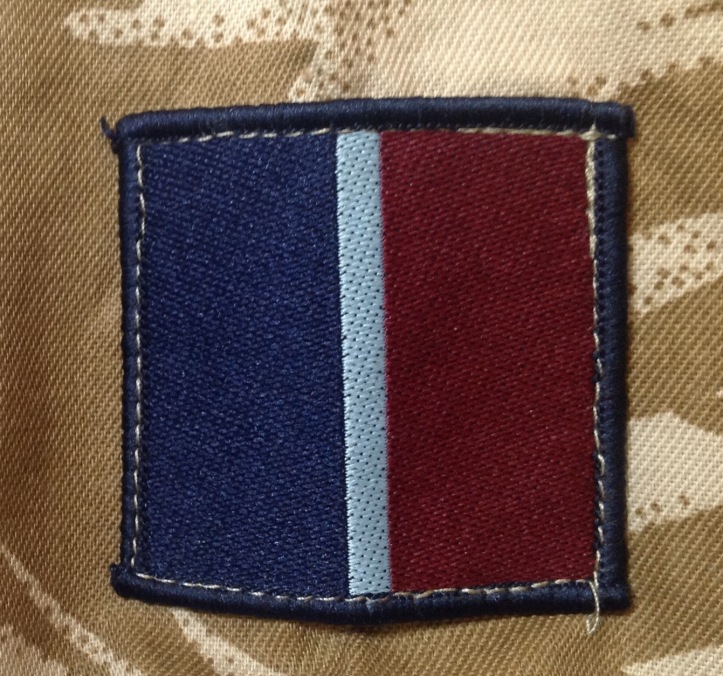 The RAF deployed large numbers of men and women to both Iraq and Afghanistan, not only as pilots and aircrew but also as ground staff, medical personnel and as part of the RAF regiment defending air bases. All these personnel wore the standard DDPM clothing of the period, with RAF and RAF regiment specific insignia sewn onto the uniforms. The scale of the RAF’s contribution in Iraq was commented upon in the Daily Mail in 2003:

Around 100 RAF warplanes will soon be in the Gulf in the biggest deployment of British offensive aerial firepower in modern times.

The announcement came yesterday, giving the strongest signal yet that an Anglo-American attack against Iraq is close.

The massive RAF contribution which also encompasses 8,000 personnel, now totals one-third of the service’s front line strength… today’s RAF is barely half the size of the 1991 force- so proportionately, yesterday’s orders represent the biggest operational commitment in decades.

Military experts said it is the largest possible strike force the RAF can muster, and will place a huge strain on the already hard-pressed service.

The deployments to Iraq and Afghanistan were to keep the RAF busy for the next decade and even today men and women of the RAF are in these countries in a limited role supporting the local militaries.