During the Second World War a number of different cine cameras were used on fighter aircraft to try and record the moment a plane engaged the enemy. These small cameras were linked to the machine guns and recorded the split seconds that the gun fired and hopefully hit its target. One of the most common of these cameras was the G45 that saw service on aircraft such as the Spitfire and Hurricane and continued in use after the war on early jets such as the Vampire in both combat and for training: 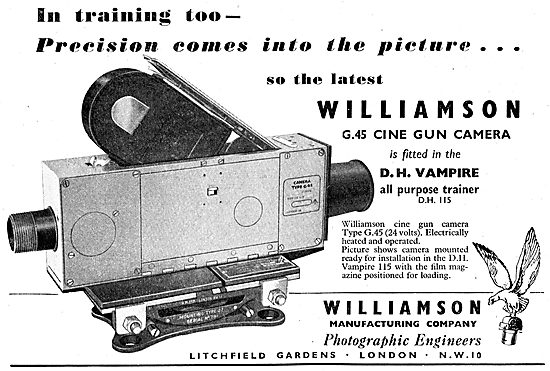 Whilst I do not have an example of the camera in my collection, I do have one of the small metal cine-film magazines: 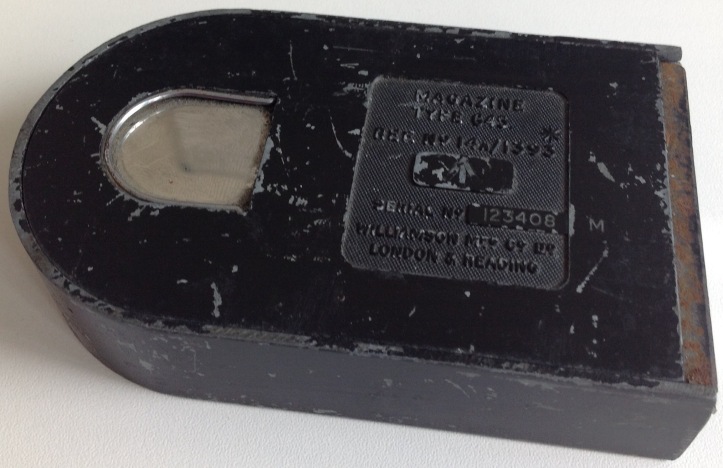 These magazines carried 16mm film and were loaded into the camera as in the advertisement above. A metal loop at one end of the magazine helps with inserting and removing it from the camera:

Details of the film magazine and a /|\ mark are cast into the metal top cover: 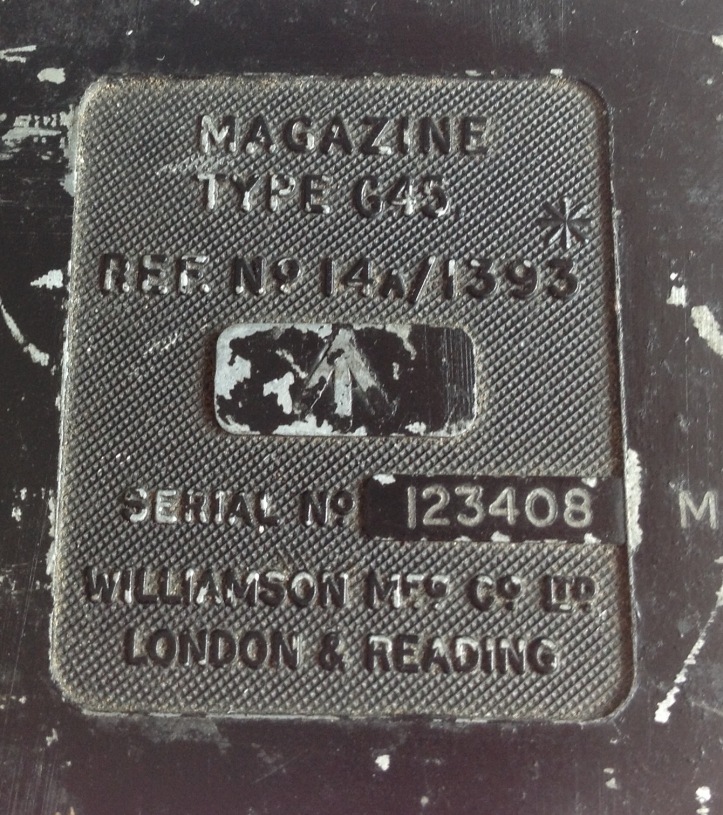 Each magazine was serialised and the number is repeated on the back: 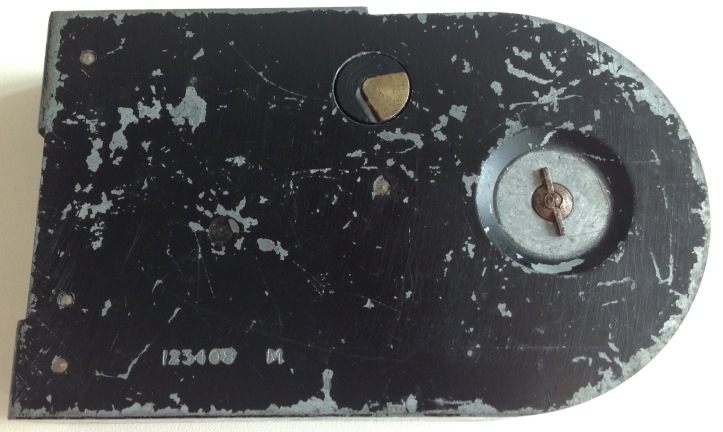 The top cover slides off the magazine:

And this reveals two spools, one for the unexposed film and a second one that the film rolls onto when it had been used, cast arrows in the base show the correct way to load the film into the magazine: 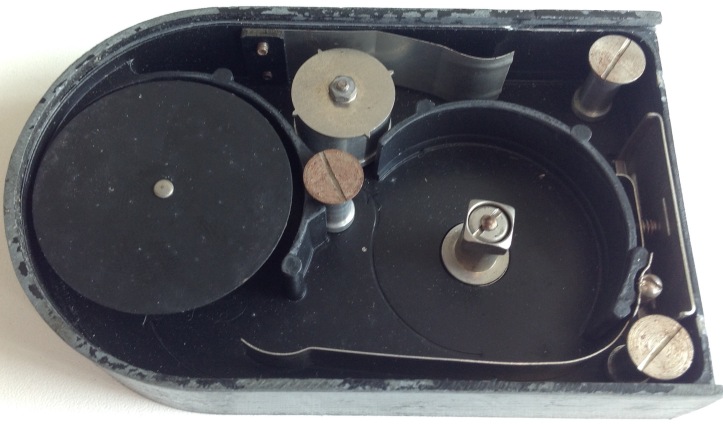 A sprung platform at one end of the magazine holds the film in place for each individual frame to be exposed:

In July 1939 the G45 camera gun was issued to armament schools and fighter units. Designed and manufactured by the Williamson Co. of London and Reading, it was developed from the earlier G42B which had been in service for some years. The G45 used 16 mm Orthochromatic film supplied in 7.62 m (25 ft) lengths. Frame speeds could be regulated to 16, 18 or 20 per second, these speeds corresponding to the rates of fire of the Lewis, Vickers K and Browning. It was supplied in two versions, the fixed gun type with a short lens unit, and a long lens for other use. Williamson also supplied a replica Vickers K gun, the Type 29, with a camera mount and reflector sight bracket.

The G45 proved to be an essential aid to aerial gunnery, enabling a trainee to be shown the results of his ‘shooting’ after an exercise and be advised on any improvements needed. A footage recorder was provided in the cockpit or turret, wired from contacts in the camera. In the centre of the recorder was a ‘sunny or cloudy’ switch wired to the aperture of the camera. Early problems with condensation and moisture were eased when heating elements were fitted to the lens and camera body, although they were never fully overcome. The G45 was fitted as standard on Fighter Command aircraft, but, mounted in the leading edge close to the guns, the vibration affected the film clarity. It was controlled by an electrical switch operated by the gun-firing pneumatic system, or from the turret electrical firing unit. The film was loaded into a cassette, which could be inserted either from the top or side of the housing. The G45 was one of the most practical means of weapon aiming training, and the gun camera hut in gunnery training schools was in constant use. A purpose-made cine-projector made by Specto Ltd of Windsor was used to show films. It could show frame stills or slow motion shots of the trainees’ performance.