Last year we looked at a 30mm Aden Ballast round here. Since then I have been able to pick up a second ballast round, but this time for a 20mm Vulcan cannon:

In appearance this is very much like the other ballast round, being made of a solid piece of cast white metal. The shape is identical to a live Vulcan round with an extractor groove at the bottom: 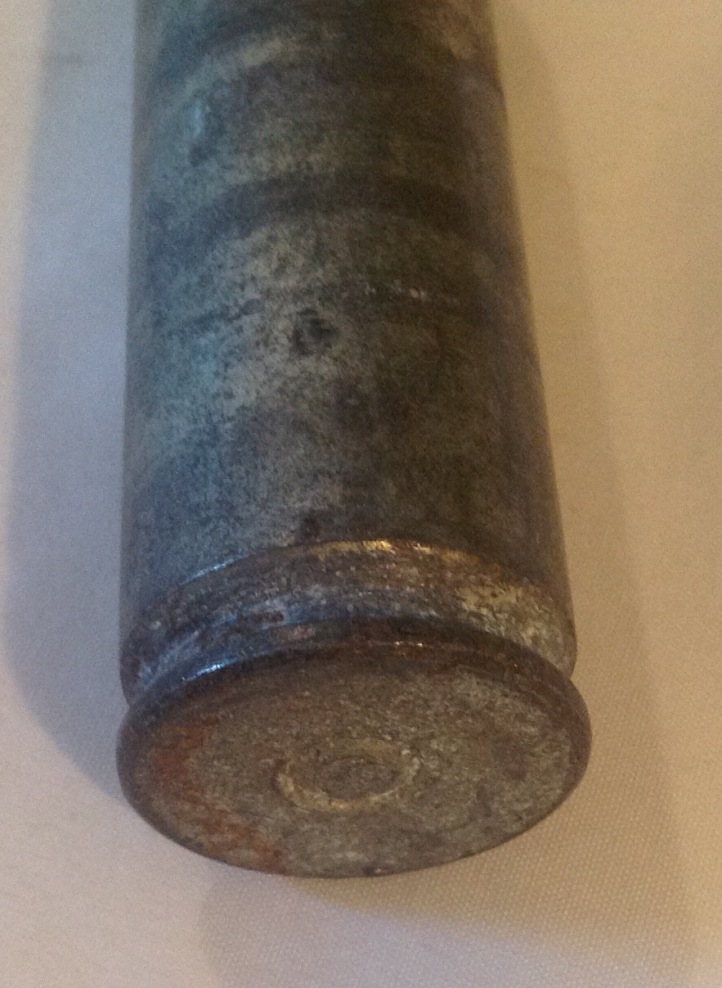 And the top having the shape of the actual projectile:

The weight of the round is identical to that of a real Vulcan round, being used to safely test the weapon and its timing, allowing adjustments to be made on the ground in a controlled environment. Here we see a dismounted Vulcan with a belt of this ammunition: 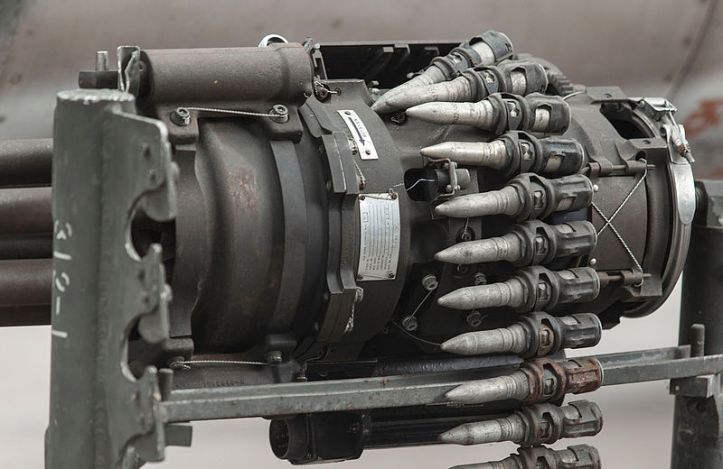 The Vulcan is a six barrelled 20mm rotary cannon used on fixed wing aircraft. It was developed in the United States but saw service with the British on aircraft such as the F-4 Phantom. The need for the weapon came out of experience in the Second World War and the realisation that with the speeds jets were becoming capable of, there would only be a split second when rounds would actually connect with their target. This therefore required a weapon with a very high rate of firepower and a round that had enough mass that a few strikes would destroy a plane. 20mm had proved effective in the Second World War and by pairing this with an electrically driven Gatling type of gun extremely high rates of fire could be achieved, in the case of the Vulcan 6,000 rounds a minute. The new cannon was designated the M61 by the US. 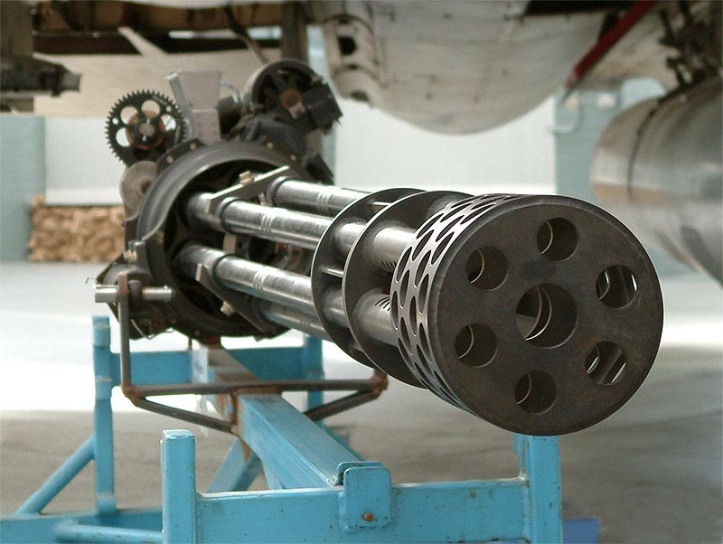 Each of the cannon’s six barrels fires once in turn during each revolution of the barrel cluster. The multiple barrels provide both a very high rate of fire—around 100 rounds per second—and contribute to prolonged weapon life by minimizing barrel erosion and heat generation. Mean time between jams or failures is in excess of 10,000 rounds, making it an extremely reliable weapon. Most aircraft versions of the M61 are hydraulically driven and electrically primed. The gun rotor, barrel assembly and ammunition feed system are rotated by a hydraulic drive motor through a system of flexible drive shafts. The round is fired by an electric priming system where an electric current from a firing lead passes through the firing pin to the primer as each round is rotated into the firing position.

One RAF Phantom pilot explains the advantages of the cannon over radar guided missiles:

Being unguided, bullets are not susceptible to Electronic Counter Measures (ECM – although the radar used to aim the gun, of course, is) and the gun has no technical minimum range, although there are some practical reasons (e.g. arming of high explosive rounds) why you wouldn’t choose to fire from too close to the target. Also some pilots didn’t like the idea of large aircraft blowing up in their face. In my day, the closer you got to a target, the bigger it looked in the windscreen making it easier to hit! I say ‘A kill’s a kill!!

An RAF Phantom carried 640 rounds for its Vulcan canon and it seems to have been a popular weapon amongst aircrews, combining high rates of fire with impressive hitting abilities. My thanks go to Gary Hancock for his help in identifying this round.