It is perhaps unlikely that I will ever have the funds or space to be able to add a tank to my collection (plus I imagine my wife would have a few choice words to say if I did). Small items of militaria related to armour are available though and tonight we are looking at the plastic transit case for a Chieftain 120mm HESH shell:

The Chieftain was Britain’s main battle tank throughout much of the Cold War and had a 120mm rifled main gun. Britain used a variety of shells with this gun including HESH, which stands for High Explosive, Squash Head.

HESH rounds are thin metal shells filled with plastic explosive and a delayed-action base fuze. The plastic explosive is “squashed” against the surface of the target on impact and spreads out to form a disc or “pat” of explosive. The base fuze detonates the explosive milliseconds later, creating a shock wave that, owing to its large surface area and direct contact with the target, is transmitted through the material. In the case of the metal armour of a tank, the compression shock wave is conducted through the armour to the point where it reaches the metal/air interface (the hollow crew compartment), where some of the energy is reflected as a tension wave. At the point where the compression and tension waves intersect, a high-stress zone is created in the metal, causing pieces of steel to be projected off the interior wall at high velocity. This fragmentation by blast wave is known as spalling, with the fragments themselves known as spall. The spall travels through the interior of the vehicle at high velocity, killing or injuring the crew, damaging equipment, and/or igniting ammunition and fuel. Unlike high-explosive anti-tank (HEAT) rounds, which are shaped charge ammunition, HESH shells are not specifically designed to perforate the armour of main battle tanks. HESH shells rely instead on the transmission of the shock wave through the solid steel armour.

HESH ammunition has good general purpose use, being effective against most targets, though the round is generally used at relatively low velocities because high velocity excessively disperses the pat of explosive. While only effective against tanks without spaced armour or spall liners, the round is still highly favoured for combat demolition purposes. The flattened high-velocity explosive pat is capable of destroying concrete constructions much faster than a HEAT round (which is designed for armour penetration), and without the dangerous fragmentation of a traditional high-explosive (HE) fragmentation round. 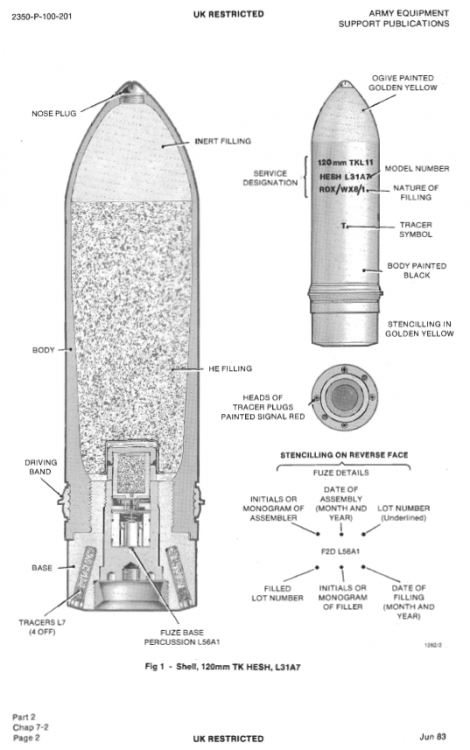 These rounds were delivered in individual plastic transit tubes, and two of these were packed inside a metal ammunition box. The plastic container has a screw on lid with a rubber seal to prevent any moisture from entering inside. A wire loop handle is fitted to the top to make them easier to carry: 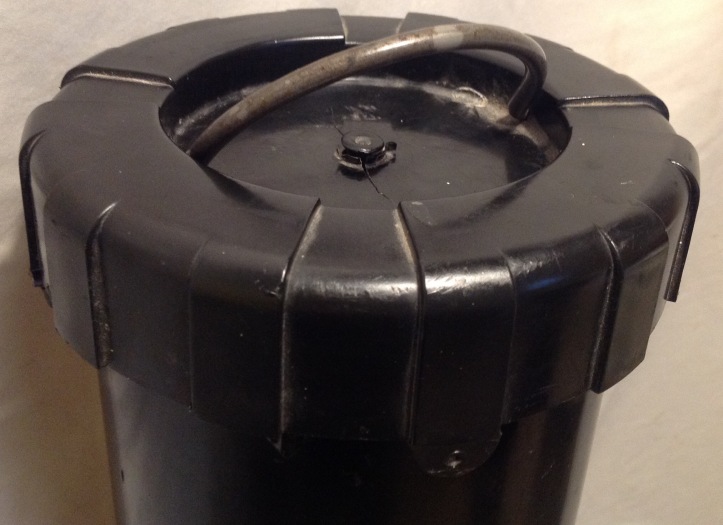 Small holes are fitted around the outside of the lid and main tube to allow a piece of wire to be fitted as a tamper prevention measure: 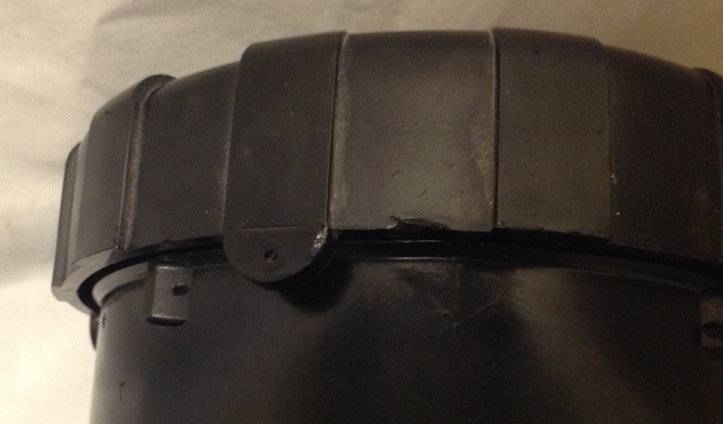 The front of the tube has a pair of labels attached, firstly we have a diamond shaped MOD explosives label, sadly now starting to peel off: 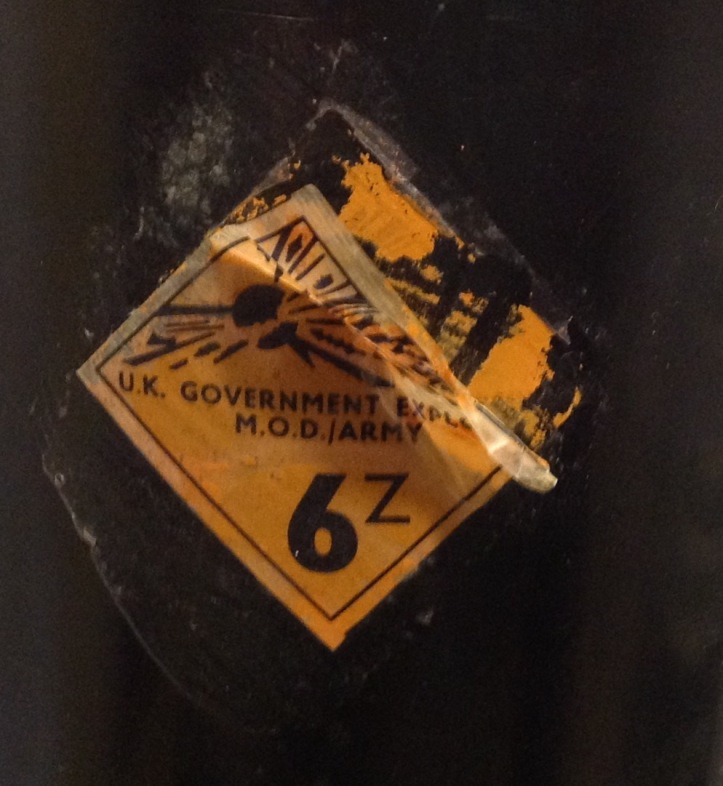 And a large contents label that shows the tube contained a 120mm HESH round, L31A7. The round was manufactured in January 1969, whilst the fuze was produced in December 1968: 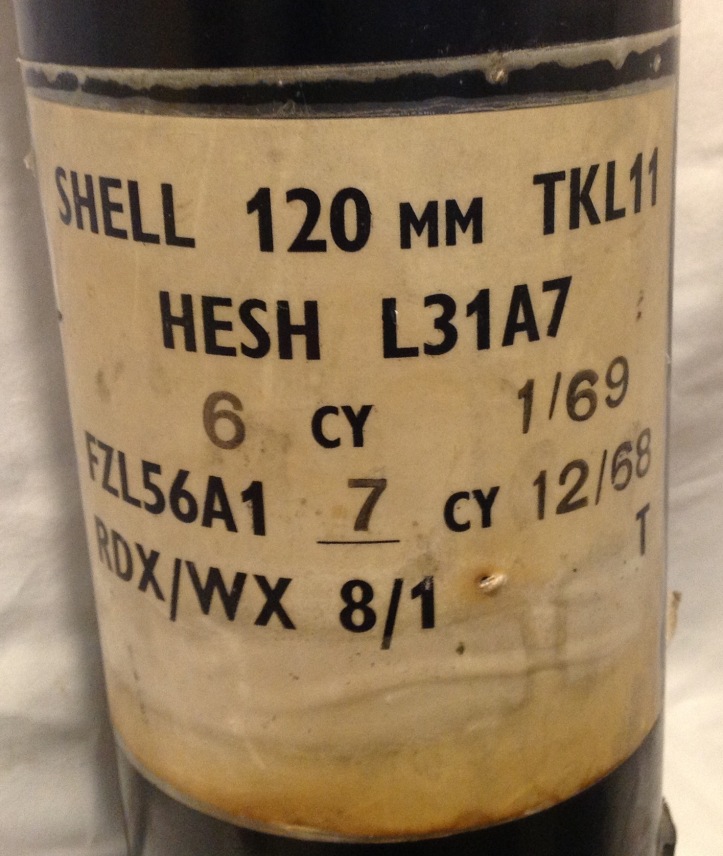 The tube itself has the date of manufacture moulded into the base, here for 1967: 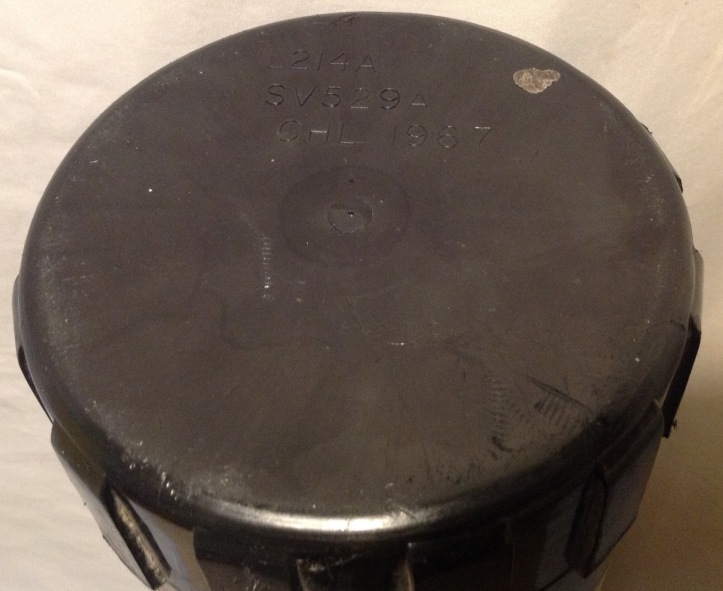 These tubes do appear from time to time, but as they were reused a number of times it is quite nice to get one with labels for as early as 1969, this example was clearly only ever used once and never refilled. 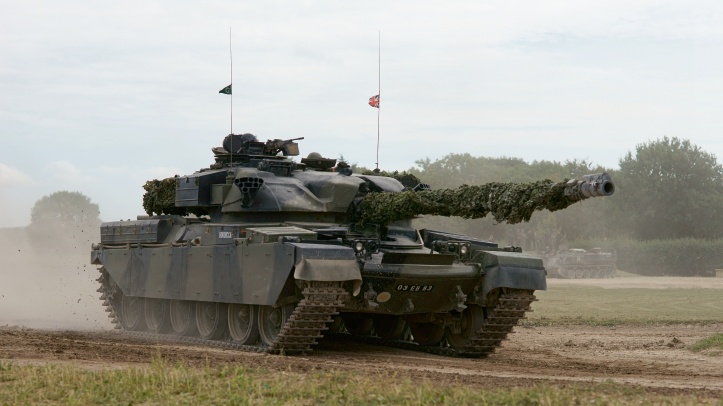