This week we have a series of photographs, all from the same page of a photograph album, entitled ‘recovering a torpedo’. Ships needed to practice firing torpedoes to ensure crews knew what to do in a real life situation. The problem was that torpedoes were very expensive, containing motors, gyroscopes and other instruments to ensure they steered a true course to their targets. To practice torpedoes were fitted with dummy warheads, weighted to give the correct weight, but devoid of explosives. These practice torpedoes were often painted bright colours to make them more visible and once they had been fired and completed their run, every effort was made to recover the torpedo so it could be repaired and reused. These photos show the crew of a destroyer recovering a practice torpedo, with a small whaler used to recover the weapon and then a davit used to bring it back on board ship. The photographs are not dated, but I suspect the images were taken in the 1950s. 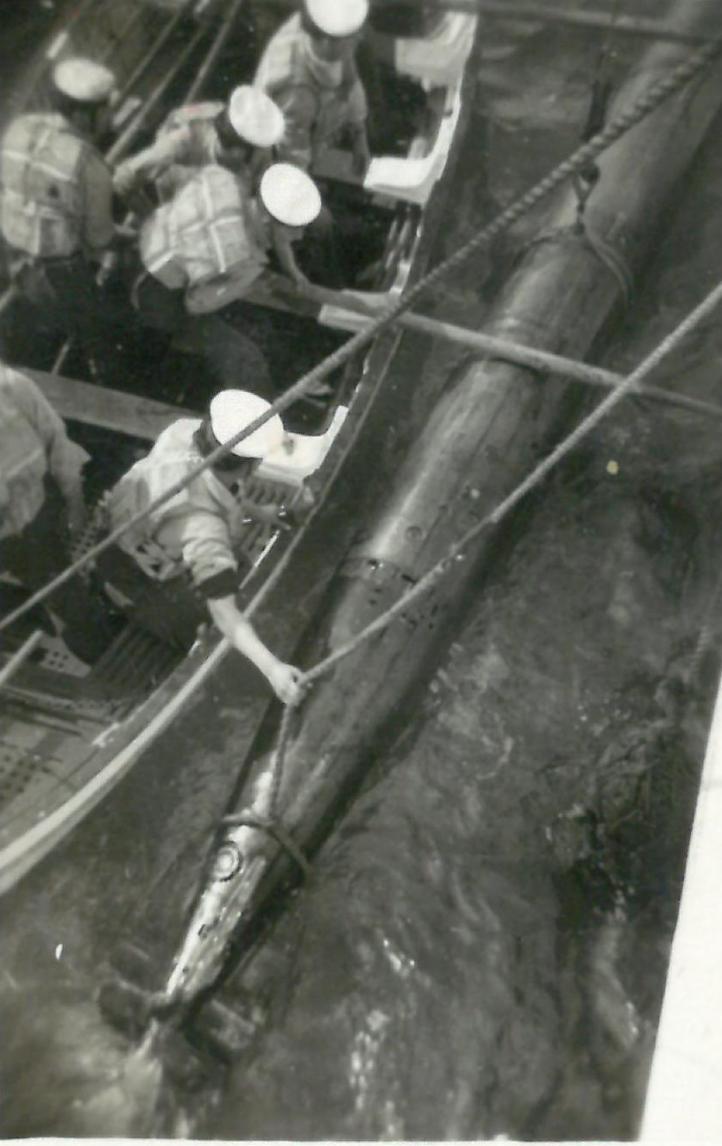 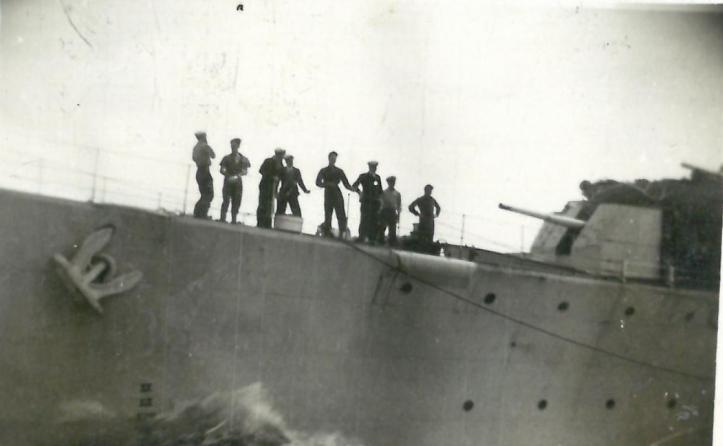 It was not always possible to recover every torpedo fired and often fishermen dragged them up with their nets. In these cases salvage money was paid. Others have remained undiscovered until the present day and when they are found the question then has to be asked as to whether they are live or not. In 2011 Royal Navy divers were called to a torpedo found near Beachy Head:

Southern Diving Unit 2 (SDU2) responded to an urgent call by Dover Coastguard after the five-metre-long section of a torpedo was seen by the crew of the Royal Sovereign fishing boat at around 1430hrs on 8 February 2011.

Photographs sent by the sailors to SDU2 in Portsmouth confirmed that the section did not contain any explosives and was in fact the pressure vessel and engine part with the warhead and propeller completely rotted away.

Once the Portsmouth-based squad arrived at 1800hrs, the divers made a further inspection of the torpedo, which had been tied to a buoy by the Royal Sovereign fishermen, and at 0600hrs the following morning they towed it to the beach.

The important thing is that there was no warhead attached so it didn’t have any explosive elements – we could see this from the images we were sent and then we certified the fact that it was safe when we made an inspection.

It was then handed over to the Coastguard who decided they wanted to keep it.

Although SDU2 would normally dispose of the section, the torpedo is now on display at Sovereign Harbour Marina.