The Royal Navy still encourages sailors to be proficient in ship and aircraft recognition. Despite modern electronic aids the Mk 1 human eyeball is often still just as useful as any radar and identification beacon. Back in the 1960s and 1970s the Royal Navy combined recognition practice with a bit of a recruitment gimmick and released a set of playing cards called ‘Know Your Navy’. This set of playing cards came in a dark blue box with details of the Royal Navy careers service printed on the front: 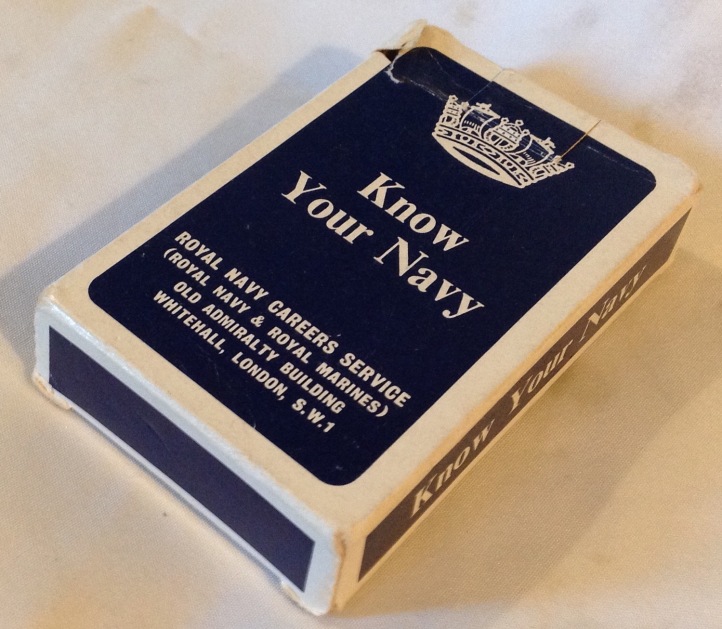 Inside is a series of 52 cards, each depicting a silhouette of a Royal Navy ship, submarine, aircraft, helicopter or missile: 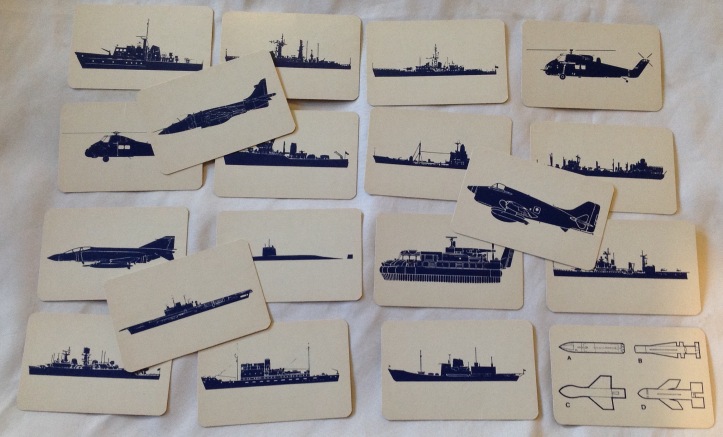 The back of each card gave a series of statistics on the particular vessel or craft:

I have come across at least two distinct print runs of these cards with different ships and aircraft in each run depending on the year of production. My set is a later example as it includes Type 42 destroyers, Type 22 frigates and Invincible class aircraft carriers. The earlier production run seems to predate this by about ten years and includes ships such as HMS Eagle and Centaur who went to the breakers in the early to mid-1970s.

Two rule cards are included, with suggested games that could be played with the set of cards: 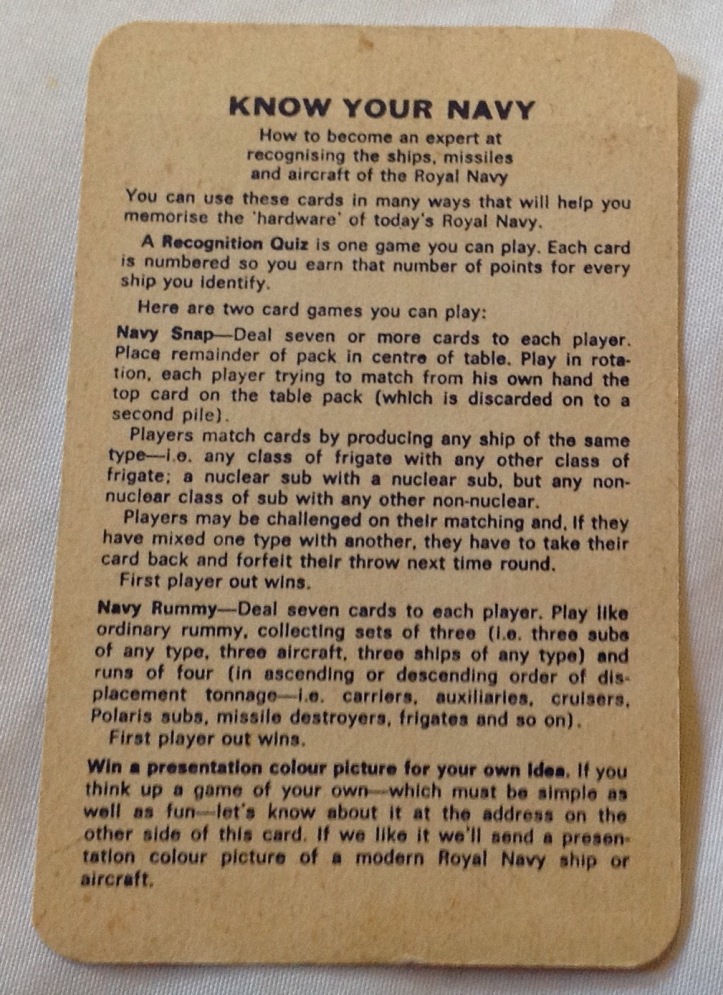 A joker is also included in the shape of a jolly rating: 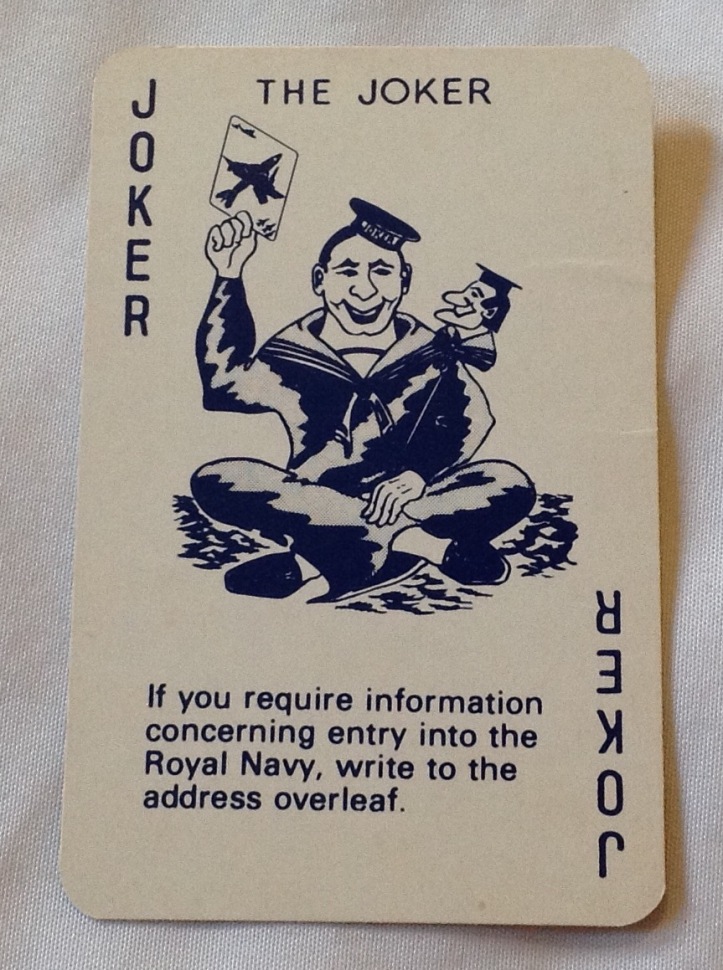 This set of cards was a fun way of encouraging sailors to spend time brushing up on their ship and aircraft recognition. Playing games such as this was more interactive and fun than sitting men in a class room and lecturing them and it was hoped that they would retain the information better if they were competing with one another in a more relaxed environment. I suspect these cards were also given out as a promotional item at recruitment events and ship open days to members of the public. As such I doubt they are particularly rare, but they are a nice little set and I might have to challenge my father to a game as these warships are more his era than mine.

What is sobering today is to look at how many different classes and types of vessel were used by the Royal Navy at this period- a glance at today’s Royal Navy shows only a fraction of these numbers in service today!