Even the best body armour is bulky and it is virtually impossible to reach pockets on a jacket being worn underneath a set of Osprey. Despite this, soldiers need ready access to items such as pens and notepads, translation cards and other small administrative objects. To solve this problem, Osprey Mk IV body armour sets were issued with a ‘Commander’s Pouch’ and this is the subject of this week’s Osprey post: 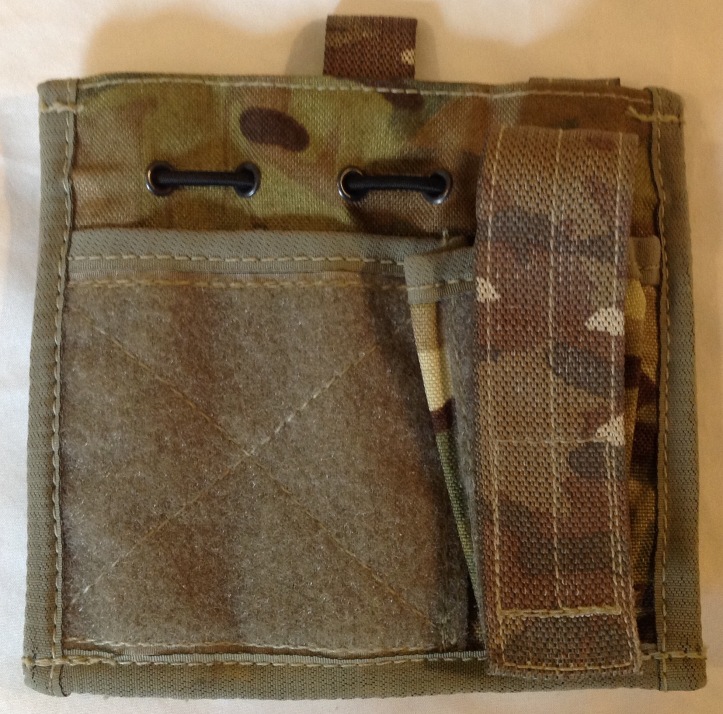 Although called a commander’s pouch, this was actually issued universally with all sets of Mk IV Osprey and was widely used by many troops and perhaps ‘admin pouch’ would be a better description. The large Velcro loop panel allows insignia to be attached to the front such as unit badges, ISAF patches or blood type. The pouch is typically worn high and centrally on the body armour, as in this case where it is being worn by a female dog handler: 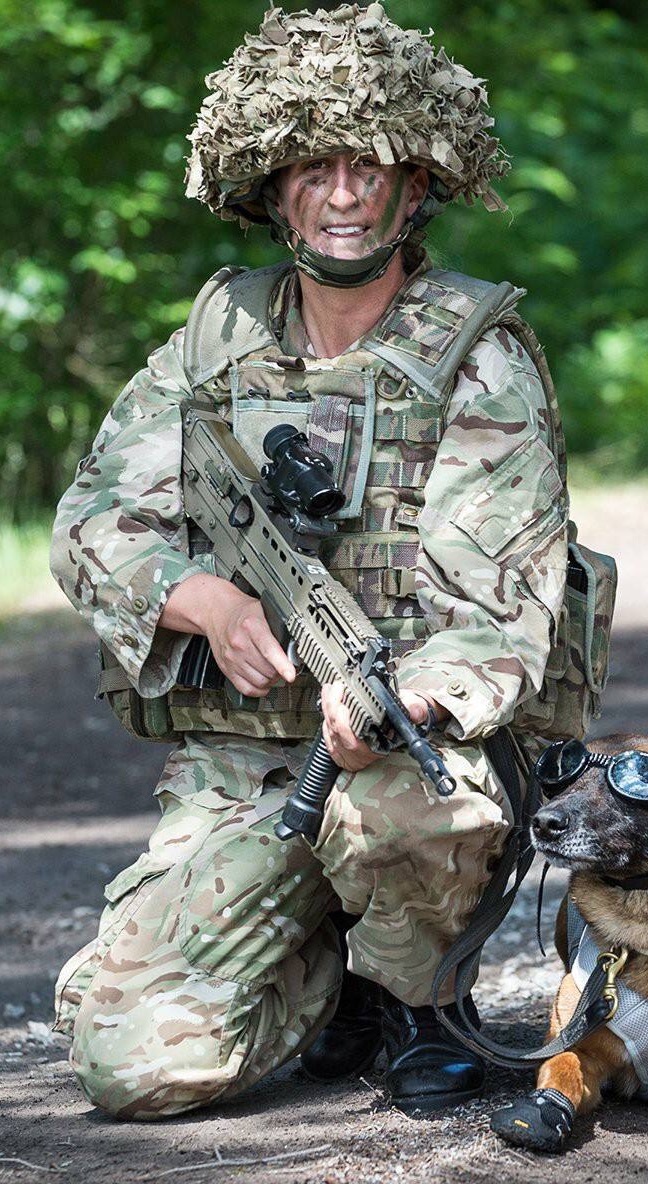 Elasticated loops are fitted at the top to allow pens to be slipped in and held securely: 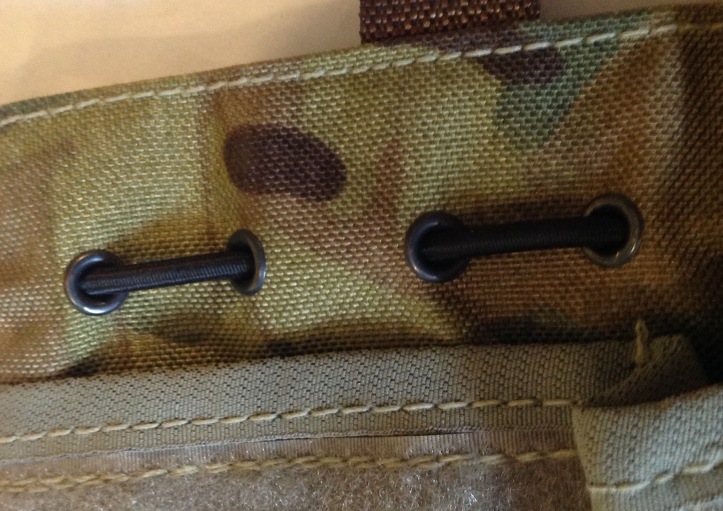 A long Velcro strip is fitted that acts both as the top of a small pocket and as a convenient place to attach a rank slide:

This is completely removable if the wearer prefers. There are two further pockets on the pouch, a small one behind the front panel, and a larger one at the rear that extends the full width of the pouch: 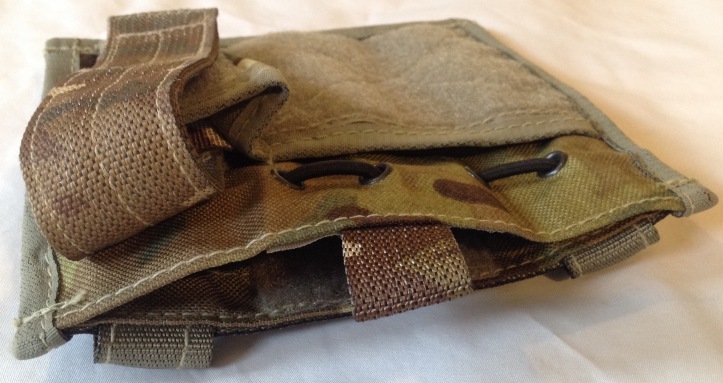 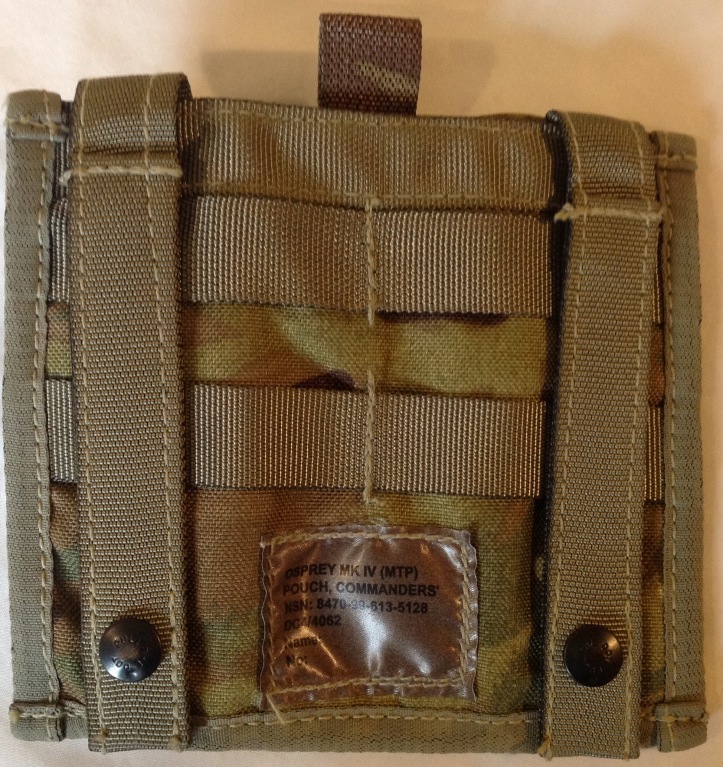 A stores label is also sewn onto the back and this component is clearly a later production example as it has an NSN number rather than just an ‘NIV’ designation: 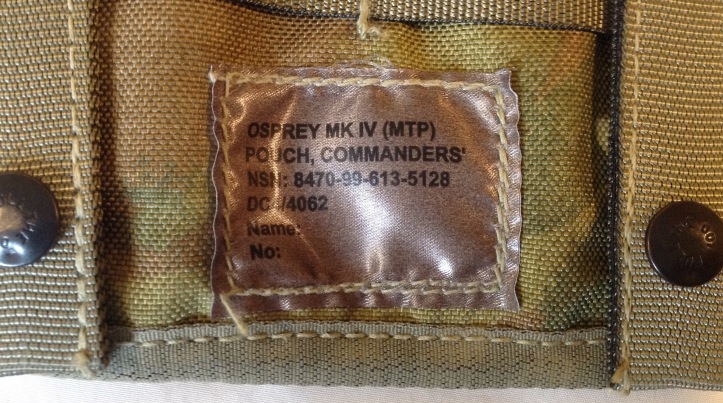 Although it was most common to see the pouch on the chest, some troops preferred to keep their front clear of all pouches and moved the commanders pouch to the side of their armour, still within easy access though.