When MTP was introduced into widespread service with the British Army, the shirts followed the CS95 design but in the new material. This was rapidly superseded by a new design, the ‘PCS’ shirt that had some features brought across from UBACS shirts and it is one of these we are looking at tonight:

PCS stands for ‘Personal Clothing System’ and was introduced in around 2011. This clothing did away with many of the buttons used on previous designs, replacing them with Velcro. The front of the shirt is zipped, with a Velcro fly over it: 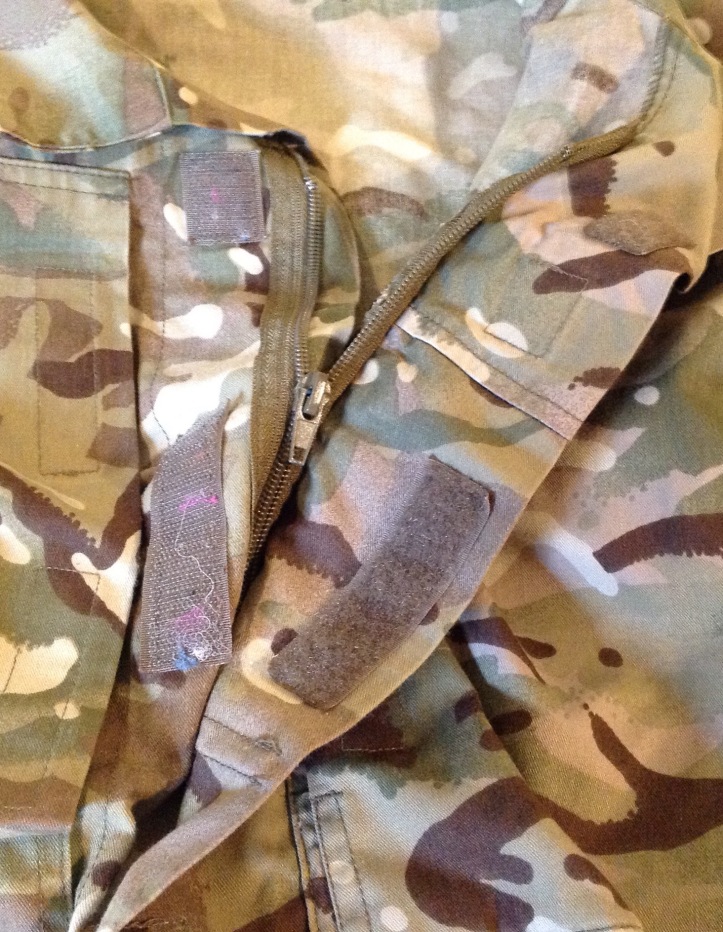 A centrally mounted rank slide is fitted, with concealed Velcro pockets on either side of the breast: 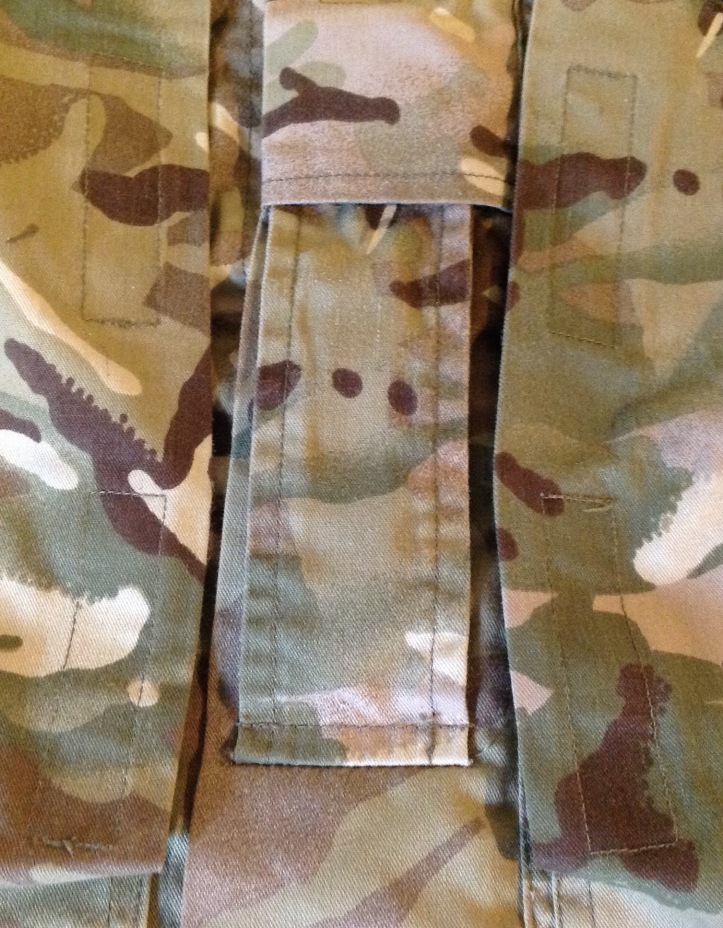 Opening these we can see that each also has a smaller internal pocket as well: 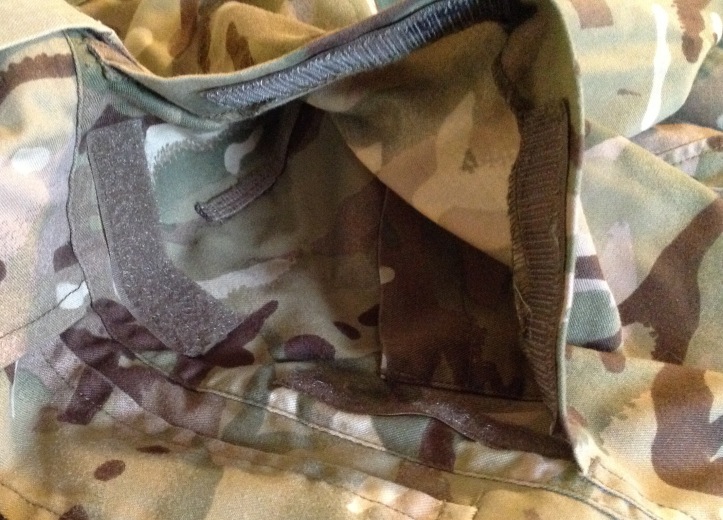 The bottom of each sleeve has three slots to allow foam padding to be fitted, like the UBACS shirt, to make it more comfortable when lying down firing a rifle: 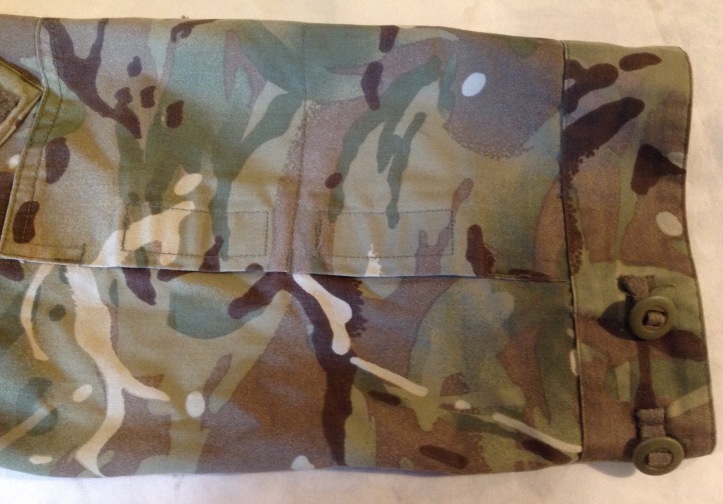 Note also the small buttons for securing the cuffs. Further up each sleeve is a large diagonally mounted pocket:

These were supplied with blanking panels (missing on this example) to cover up the loop part of Velcro. Opened up like this, insignia can be attached using Velcro for operations and then removed for either security or for washing.

The collar of the shirt can either be worn open in the usual fashion, or turned up and secured with a Velcro tab:

Interestingly, although referred to by everyone as a shirt, this is actually designated by the army as a jacket:

When the PCS was issued it was designed to always be worn untucked at the waist and with the sleeves down by the army (the navy though tucked in and rolled sleeves). The army decided that it would like to return to tucked in shirts and rolled sleeves in the summer quite quickly. The PCS shirt is not idea for this due to its bulk and a supplementary design has now been introduced with plain sleeves and without the large Velcro panels on the sleeves. This is worn in the summer and it is much easier to make this look smart than the PCS shirt!