Personally I find the early development of automatic hand guns fascinating, with many different and experimental weapons developed. Some would see great success like the Mauser C96, others were finicky and prone to breakages and dropped into obscurity. Britain was slow off the mark to create an indigenous automatic handgun and it would be the first decade of the twentieth century that finally saw the Webley and Scott company produce commercially viable guns. Before this the company had experimented in a unique concept, the automatic revolver in the form of the iconic Webley-Fosbery, which today has a cult following far in excess of its actual utility as a weapon. The automatics the company did develop had some unique features and were produced in quite large numbers, culminating in a contract to produce a large bore handgun for the Royal Navy just before World War one. It is the story of these weapons that Gordon Bruce’s book Webley and Scott Automatic Pistols covers. 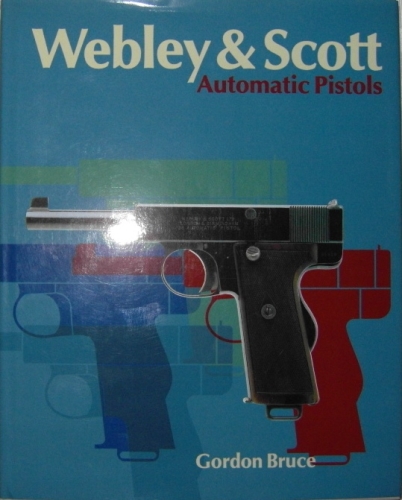 The book starts with a fascinating biography of William Whiting, the creative mind behind the company’s automatic revolvers and pistols, it was very much due to his combination of charisma, vision, technical competence and sheer bloody-mindedness that kept the company in the market for automatic pistols. It then continues by taking a detailed look at the Webley Fosbery and then the various iterations of the Webley automatics in a variety of calibres for both the civilian and military-police markets. The book covers in great detail all the various manufacturing variations and mechanical changes to the guns over their lifetime, as well as including a number of official reports from various testing the different models underwent in the quest for a large scale contract. If this was just text it would soon become overwhelming for the reader. Happily the book is profusely illustrated with photographs of existing guns, showing their internal workings and how their designs were modified over time. These photographs are accompanied with close ups of markings, diagrams of the internal workings taken from patent applications and pictures of the weapons stripped down to their component parts. As is typical for these books all the illustrations are in black and white, however they are clear and easy to follow and help demonstrate the more technical aspects of the text well. 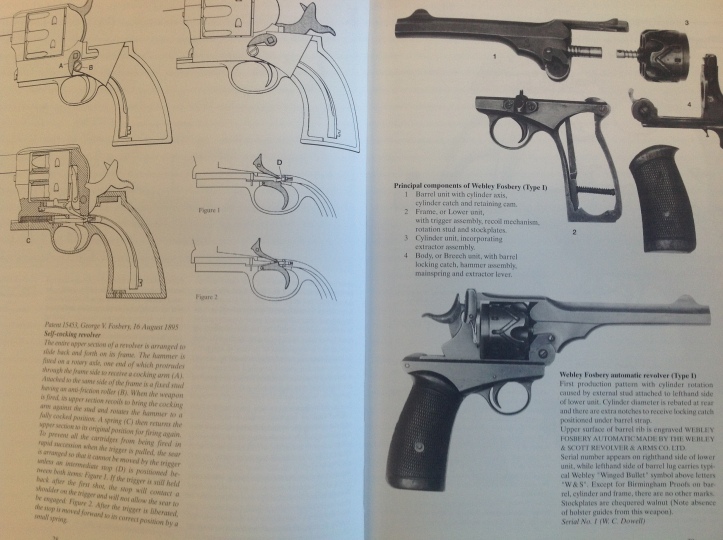 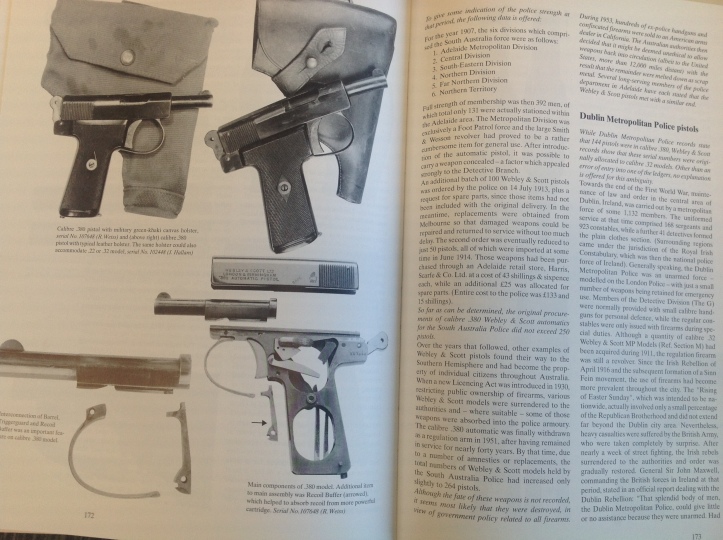 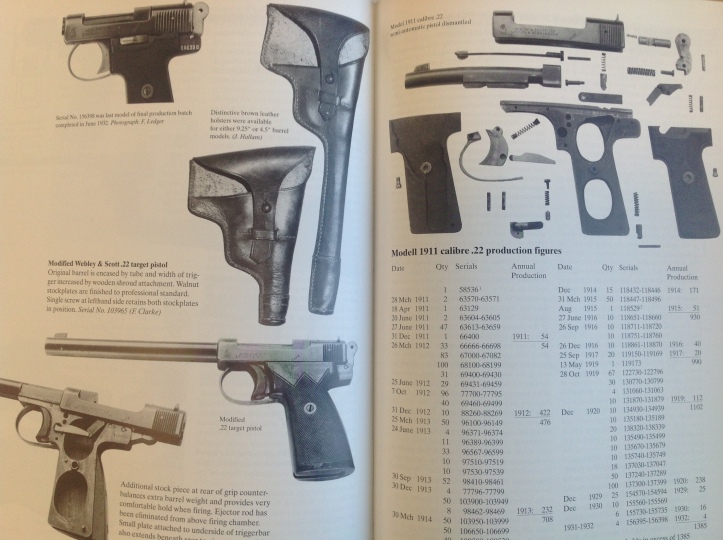 This book was first published in 1992 and I would argue that it was and will remain the definitive tome on the subject of Webley automatics for many decades to come. There is a huge amount of detail in this book and happily the author’s writing style is engaging enough that it avoids becoming too overwhelming. For a book first published a quarter of a century ago, it is still available new from Amazon for under £40. This seems an absolute steal to me, especially when compared to the prices Collector’s Grade books of the same vintage go for. If you are interested in this subject at all, I heartily recommend you pick up a copy. Sadly I suspect I will never get to own either a Webley Fosbery or a Webley Automatic as they are now scarce and expensive weapons, but their story is fascinating and they remain one of a very few indigenous British automatic handgun designs.