All three of the armed services have their own dedicated police forces. These police units all have distinctive insignia and uniform variations to make it easy to identify them. Whilst the army use red cap covers, the RAF police have white topped caps, and it is an example of this we are looking at tonight:

This cap is worn by NCOs and is of the same design as a standard RAF parade cap, but with a white vinyl top rather than it being made in blue-grey fabric. The white top gives rise to the RAF Police’s nickname of ‘snowdrops’. The white cap was first introduced at the very end of World War Two, originally as a separate cap cover, becoming an integral vinyl top only later. This cap was produced in the early 2000s, and has a label stuck into the underside of the top with the size, 54cm, an NSN number and the identification of the cap type: 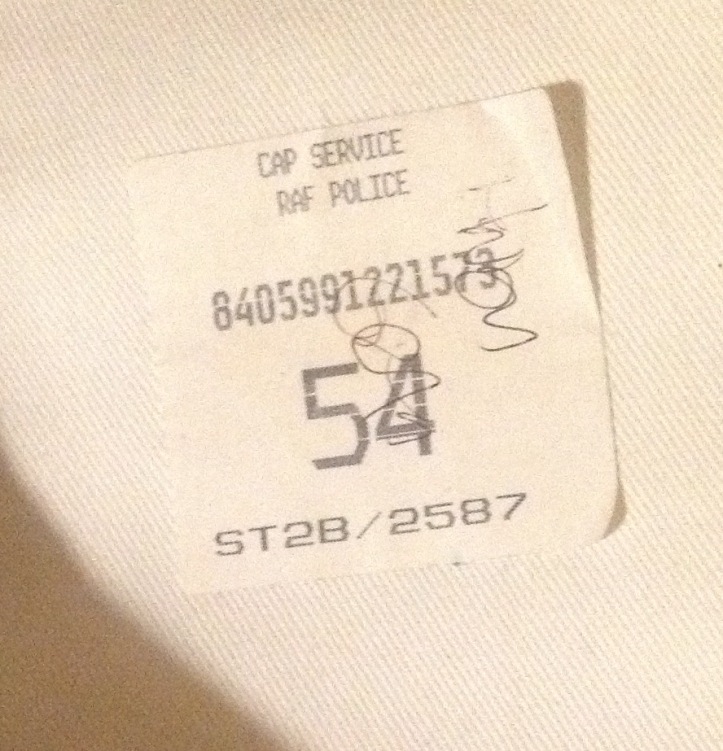 The front of the cap has a pair of eyelets to allow a staybrite RAF cap badge to be attached: 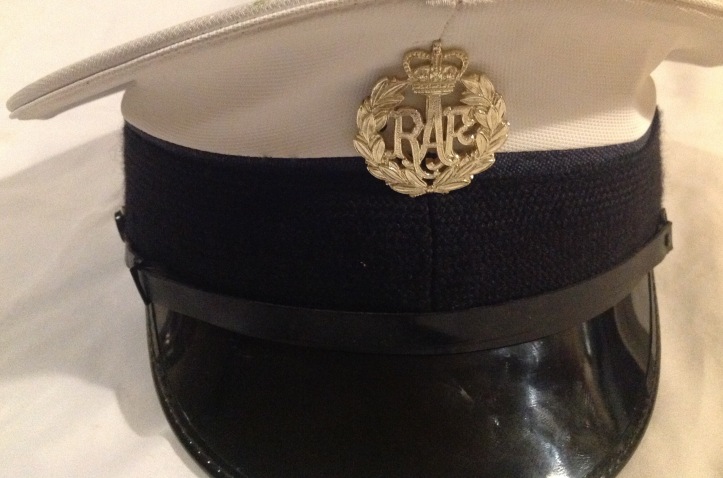 Note the black woven band around the cap, and the blue-grey fabric you can just see above it. This is far more obvious on the rear of the cap:

The chinstrap is made of vinyl, secured with two black plastic buttons sewn on either side of the cap:

A stiff peak is fitted, shiny black on the top and green on the underside:

Note also the faux-leather sweatband sewn to the interior of the cap. These caps are worn both formally on parades: 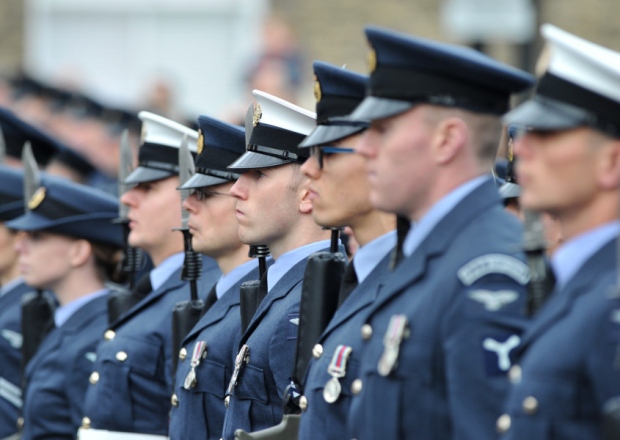 And whilst on duty: 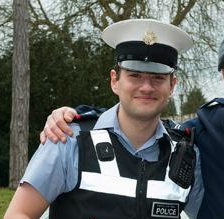 Officially the cap is only to be worn by NCOs below the rank of Warrant Officer, WOs wearing a standard blue-grey cap. Unofficially however it seems that some senior NCOs, taking advantage of the latitude their high rank entails, are now continuing to wear the white topped cap to make it clear that they are members of the RAF Police, the cap badge being substituted for the correct design for their rank.