Most of the Indian made cotton items we have looked at on the blog over the years have been of rather course fabric; serviceable but rather rough. Tonight though we have an Indian made pillow case that is rather finer in weave and quality than I am used to with Indian items: 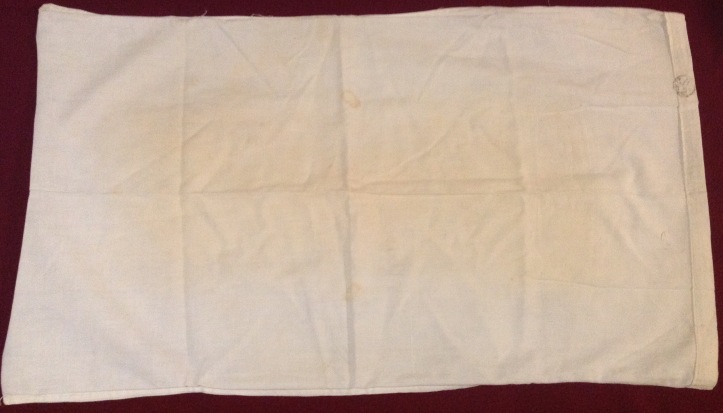 This is certainly Indian Army issue as it has a distinctive circular inspectors stamp in black ink on the edge of the opening: 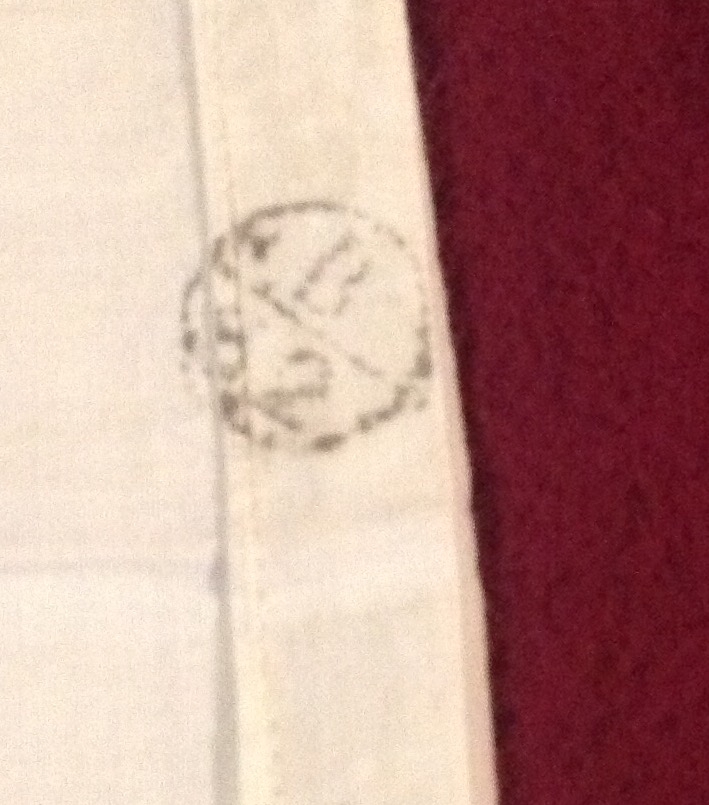 There would also have been a large circular stamp with an Indian Army ownership mark and date of acceptance, but this is either very worn, or more likely very badly stamped and is virtually invisible now: 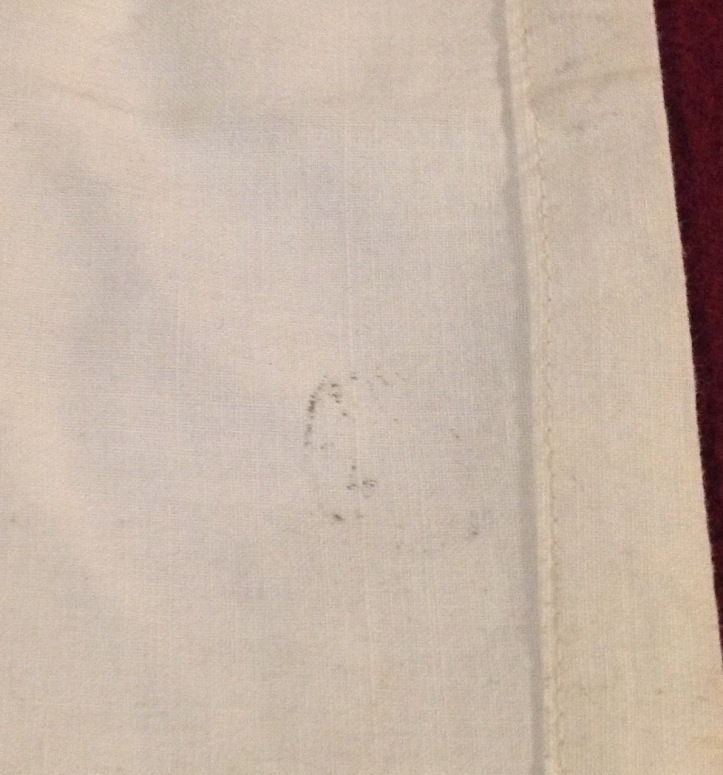 I suspect these pillow cases would not have been on general issue to troops, but rather were for officers or more likely patients recovering in military hospitals. Here we see an example of an Indian Army hospital with examples of the pillow case being used by the patients: 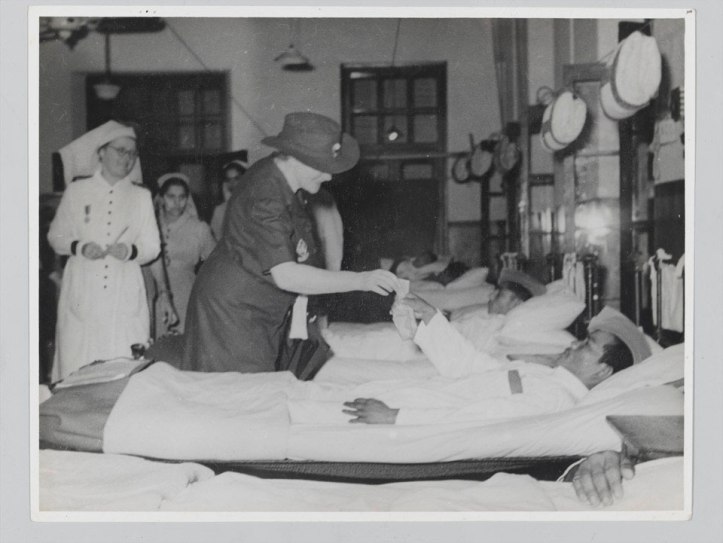 There were of course a wide variety of hospitals from large establishments like the example in Rawalpindi seen in the photograph above, to field hospitals in tents a few miles from the front line. Margaret Ledger was a QARANC nurse in India:

At Bombay Station, where we assembled, we were given further instructions by officers, who were awaiting our arrival. We were all dispensed into various trains. I was posted with other Nursing Sisters to Secunderabad. It is in Hyderabad Province. Eventually we arrived at our destination, after travelling several days in the train. We were tired and it was very hot and humid.

The next day we commenced our nursing duties. I was posted to the Operating Theatre. We sterilised our instruments in large fish kettles, and the work consisted of casualties transported from the front line in Burma. The casualties were British, Indian, African and other personnel brought to Base Hospitals by train. Some had been shipped by hospital ships to Madras, then conveyed by train to various military hospitals. Some had travelled for days in the heat of India and were very weary. They had dysentery and malaria and other topical diseases, as well as their severe wounds. The Operating Theatre staff worked from 7.00am or before that time until 12 midday. No patient was anaesthetised during the heat of the afternoon, it was too hot. Therefore work commenced again at 5.00pm or 6.00pm. There was no air conditioning or fans in the Operating Theatre. We were all sweating and it was very hot with masks over our faces. However we survived and progressed with our work.

After nine months in Secunderabad, I was posted to a jungle hospital in Mysore Jungle, many miles away from Secunderabad. I travelled alone on the train to Bangalore. There were other travellers on the train, mostly natives of India and some British troops, but I was the only Nursing Sister. I was locked in my small compartment, and at every station we stopped, an officer came to check that I was safe. There were many incidents on the trains, chiefly stealing. However I eventually arrived in Bangalore Station, and was conveyed to the British Military Hospital by an officer, who had been awaiting my arrival.

At Bangalore Military Hospital I met two other Nursing Sisters, who had been posted to the Jungle Hospital. We awaited further instructions from G.H.Q. Delhi. During this time we worked in the British Military Hospital in Bangalore. The patients were similar to the casualties in Secunderabad. There were Italian prisoners of war, who were captured in North Africa, who were employed on general duties. They were very polite, but enjoyed hiding away from work. One day three of them had disappeared, and I went to search for them, because we were short of staff. They were sitting outside the Quartermaster’s Stores. I told them to come back to the ward. In a chorus of three voices, they replied “Madam, we do not make war, we make love”.

Eventually Eileen, Margaret and myself received orders to proceed to Gudalur in Mysore Jungle. We boarded a train to Mysore and we were met by the Commanding Officer, Major Bathgate, who had brought adequate transport to enable our tin trucks and other luggage to be conveyed with ourselves to the Jungle Hospital, which was to be our home. It was a memorable time, we stayed in Gudalur for five months. It was a small hospital, 105 bedded in tents, Indian, Gurkha and English patients. The two Medical Officers were Major Bathgate and Capt. Henry Oaks. The Nursing Sisters were Eileen Bowman, Margaret David and Margaret Ledger. The Nursing Orderlies were mainly British with a few Indian and Gurkha. We were kept busy with various tropical diseases; accidents were frequent because there were many troops in the jungle, all preparing to go to Burma. This was 1944 and the Burma Campaign was in full activity. Many of the men were ill with various complaints, therefore the hospital was always busy. The three of us enjoyed our daily tasks. We did not have days off, but we kept going and enjoyed the experience. We were all very happy in this jungle.