There are a number of reasons why military equipment can be found in mint unissued condition. Sometimes items are produced in such large quantities that there are plenty available for the surplus and collectors market that have never been issued. Other times a piece of equipment is just not fit for purpose and after initial issue to the troops is swiftly abandoned and large quantities sit in warehouses until sold in the secondary market. Finally there is the most unusual set of circumstances where a piece of kit is a good idea, well made and would be welcomed by troops but through administrative blunder is never used and tonight’s object tells this tale.

British troops in Northern Ireland on patrol operations often had to man vehicle check points for long periods of time, standing and holding an SLR with an IWS night sight. This was a particularly heavy and awkward combination and was particularly difficult to handle when slung over the shoulder whilst checking papers of those in vehicles that had been stopped. To counter this problem a special webbing cup was designed that could sit on the belt of the 58 pattern webbing into which the butt of the SLR could be fitted, transferring some of the weight to the waist belt and making the soldier’s life a little easier:

The pocket was expandable to comfortably fit the butt, putting enough pressure on it that it did not flop around, but loose enough that the rifle was easily withdrawn:

Two methods of attaching to the belt were provided on the rear. A pair of ‘C’ hooks: 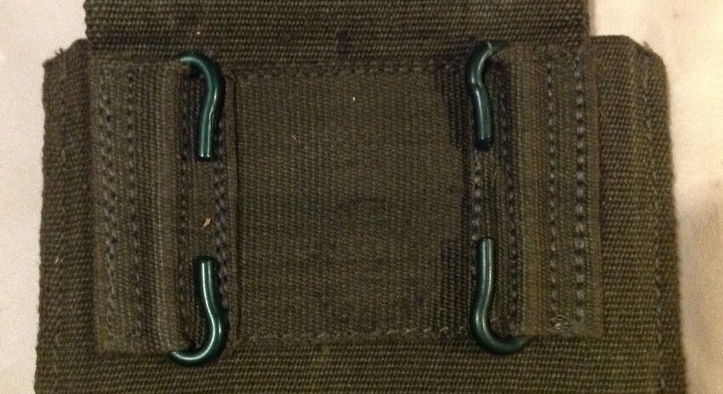 And a top mounted loop to pass a belt through: 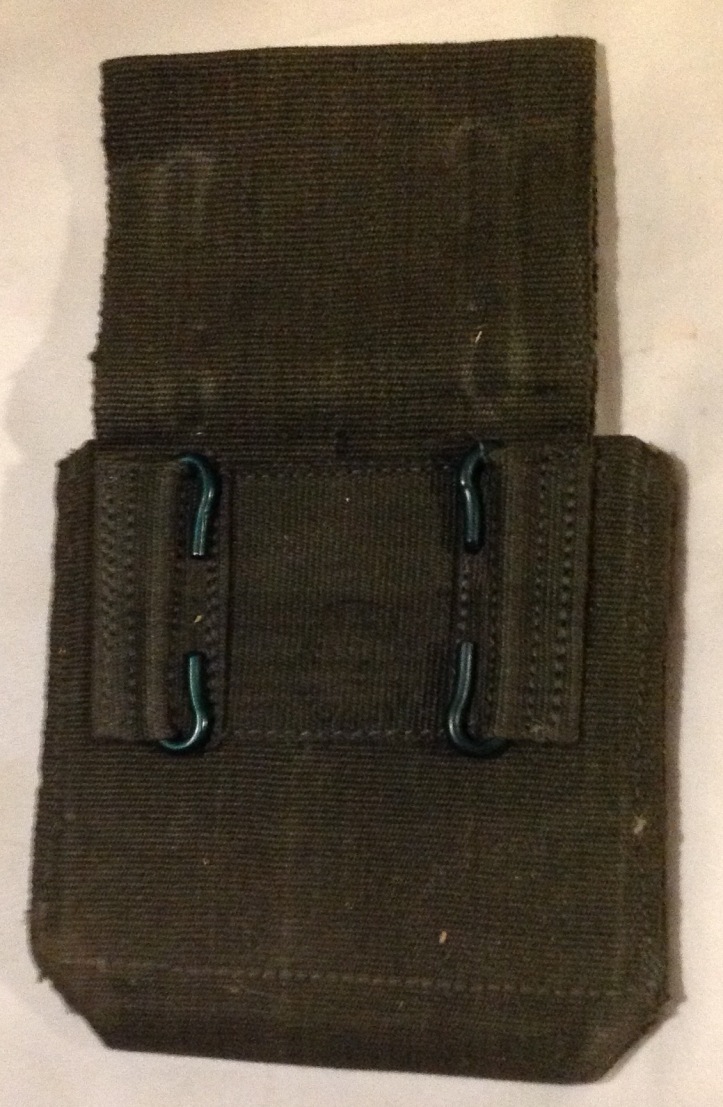 This particular example is stamped inside with a date of 1972 and was manufactured by  Martin Wright and Sons Ltd: 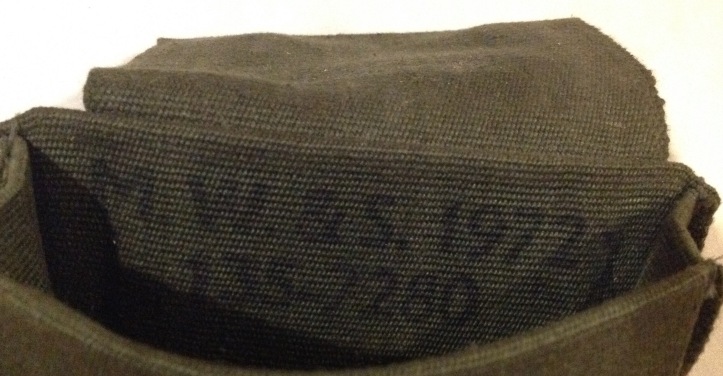 Large quantities of these butt pouches were manufactured and by all accounts seem like they would have been a welcome solution to a real problem. One ex-soldier recalls:

I seem to remember resting my SLR on my right-side 58 pouch, though you had to wear the belt loose and without the yoke to achieve a comfortable fit………………never, ever saw one of these pouches in service.

Unfortunately no-one at a unit level knew they existed and so they were not ordered from stores for issue and instead languished in a warehouse until flooding the surplus market. At this point the market was saturated and despite attempts by some dealers to market them as hexamine cooker pouches (they do fit in but it is purely by chance), huge quantities were burnt as being essentially unsellable. This has now led to a situation where they are nowhere near as common as they once were and for the collector of post war webbing and equipment it is worth picking an example up as a testament to official bungling!