Way back in April we looked at a rip stop field jacket in desert DPM fabric here. Tonight we follow it up with a look at the same jacket in the temperate DPM fabric: 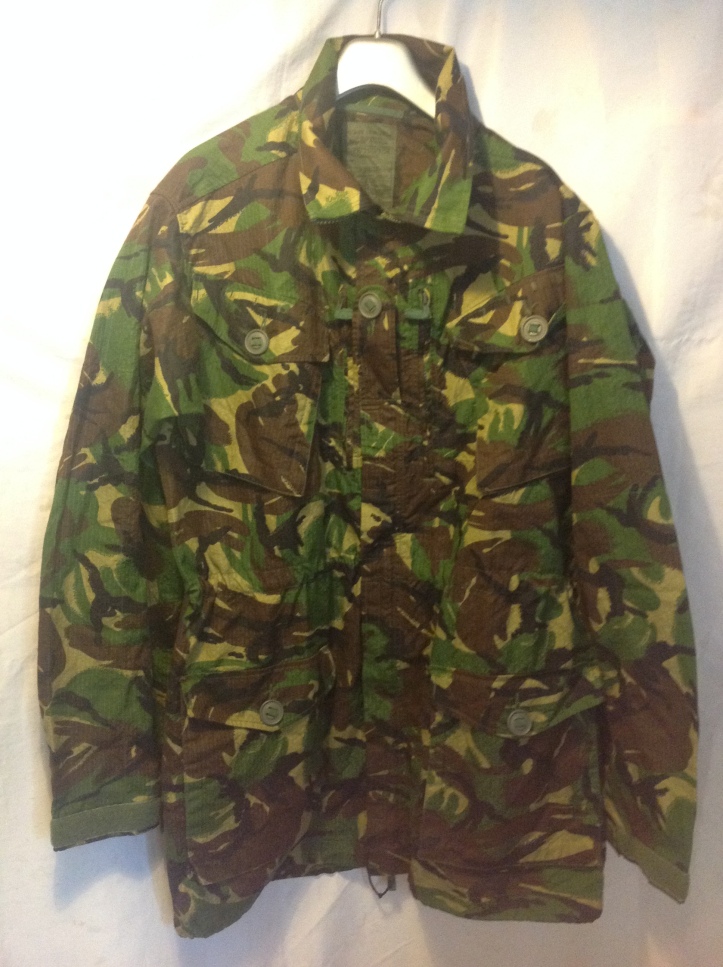 My thanks go to Michael Fletcher for helping me add this one to the collection. In design this jacket is virtually identical to the DDPM version, with two sloping breast pockets: 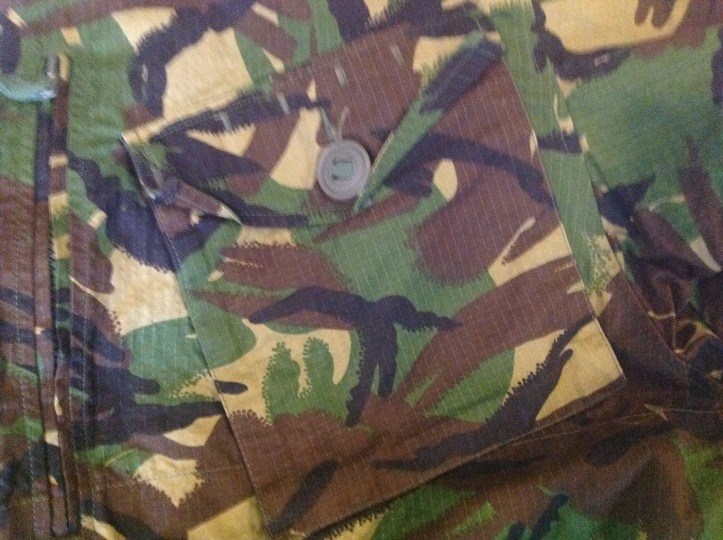 And two large pockets below the waist: 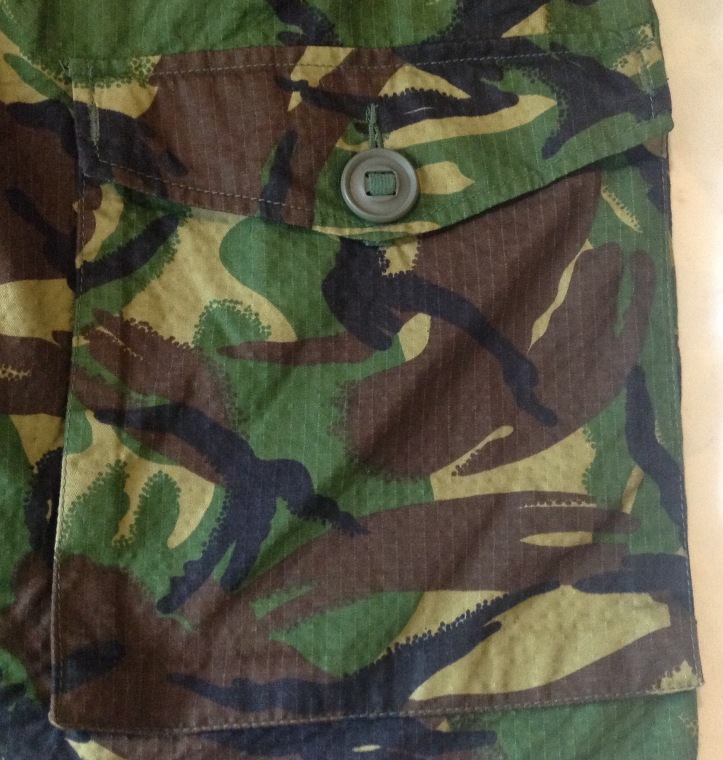 The ubiquitous central rank slide is sewn between two small zipped pockets on the chest: 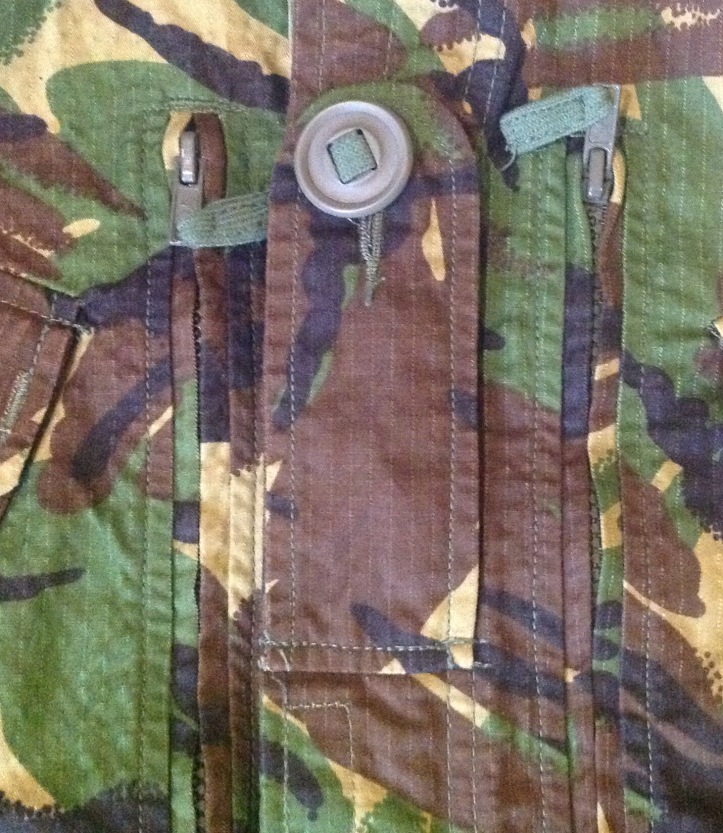 Velcro is sewn to each cuff to allow them to be drawn shut: 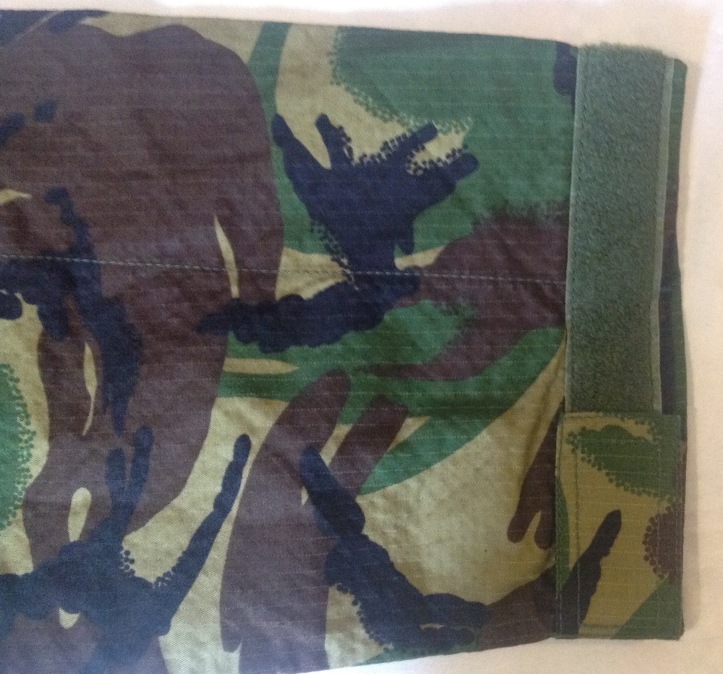 Inside the jacket is a drawstring that allows some waist adjustment: 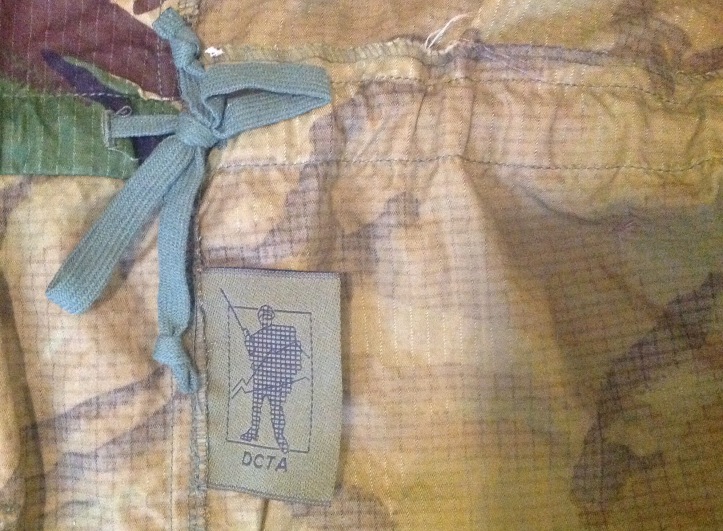 Note the small label of a soldier and the company name ‘DCTA’. This is the Defence Clothing and Textiles Agency, this groups was founded in 1994 and was responsible for the procurement of the CS95 sets of clothing, placing contracts with manufacturers such as Remploy.The following parliamentary question and answer shows the scale of military clothing procurement at this time:

Mr. Spellar: The bulk of the MOD contracts placed with Remploy for procurement of textile and knitted products are carried out through the Defence Clothing and Textiles Agency and I have therefore asked the Chief Executive to write to the hon. Member. In addition there may be some local purchase of items from Remploy for which we do not hold records centrally and which could be identified only at disproportionate cost.

In the unavoidable absence of my Chief Executive I am replying to your Question to the Secretary of State for Defence about the gross value of textile and knitwear contracts placed with Remploy in 1993-94 and 1997-98, as this matter falls within the area of responsibility of the Defence Clothing and Textiles Agency (DCTA).

Our records show contracts to the value of £18.8M in 1993-94 and £3.0M in 1997-98, VAT inclusive, placed with Remploy by the DCTA. These figures include all items procured by the DCTA, as the tri-Service Agency responsible for the majority of the clothing and textile items purchased by the MOD. However, we are not responsible for certain clothing and textile items, such as Aircrew clothing, for which we are informed that contracts were placed with Remploy to a value of £51,865 in 1993-94 and £439,105 in 1997-98.

There is also a standard British Army clothing label sewn into the jacket: 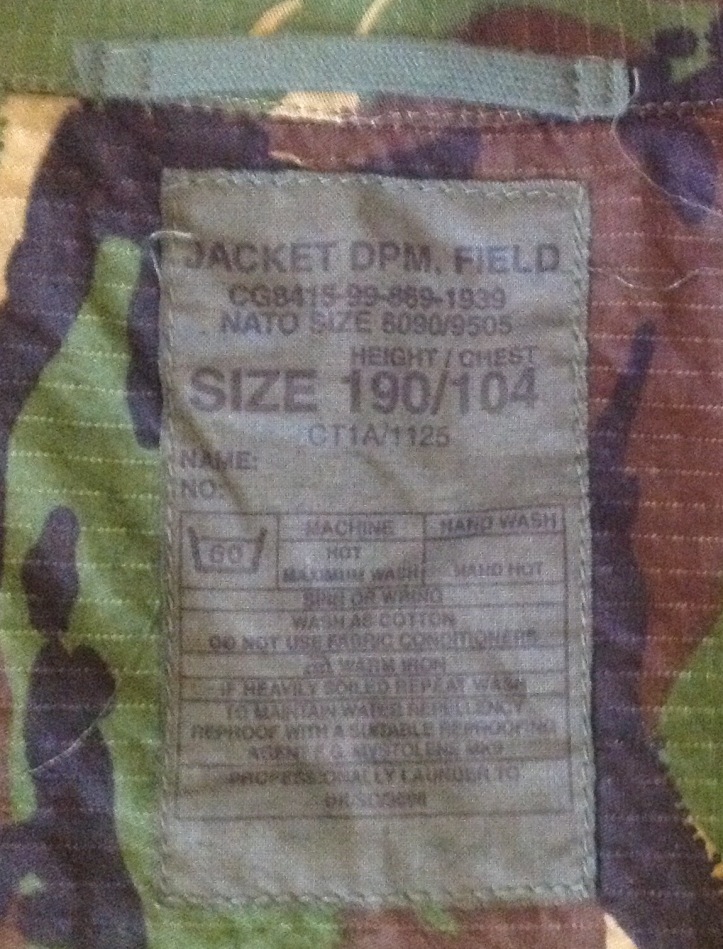 As mentioned in the last post, these jackets were actually quite popular as they were comfortable, fairly robust and because they were made of cotton the wearer did not run the risk of the fabric melting in a fire.