This week’s piece of Canadian post war webbing is the 64 pattern belt. As mentioned several times before, the 64 pattern webbing set is pretty atrocious, and the belt is no exception. It is about as simple as a belt can get and is made of a simple piece of green cotton webbing: 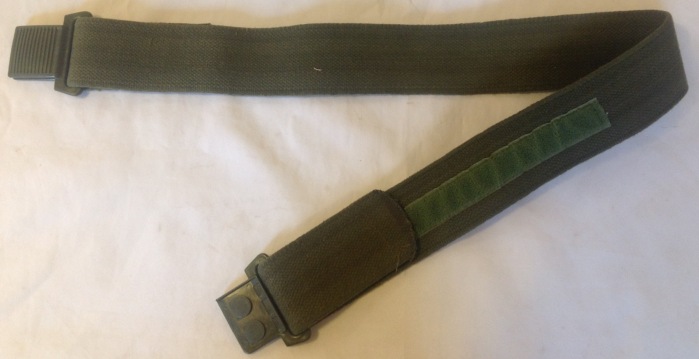 The rear of the belt has a strip of Velcro sewn to one end and this is how the belt is adjusted. The hook piece of Velcro is sewn to the end of the webbing, passes through the buckle and is looped back to stick to the loop piece:

The buckle itself is made from heavy duty green plastic, with male and female halves: 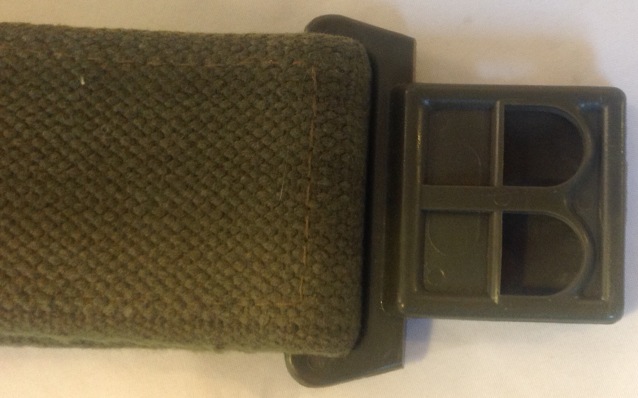 These fit one over the other, with the two shallow prongs falling down into the two holes of the corresponding belt part:

It might just be me, but I found this belt nearly impossible to undo without resorting to something to pry the two halves of the belt back apart! The belts were not very successful as the Velcro weakened over time and came undone. It was common to see the ends of the belt secured with gun-tape or a spare brass keeper off the old 51 pattern set.