Like their counterparts in British Regiments, officers in the Imperial Indian Army were required to own mess dress for formal occasions and regimental dinners. Each different regiment had a different design of mess dress, but most were designed along similar lines, with just minor changes of cut, facings and colour. I have recently picked up my first mess dress jacket and happily for me, liking all things Indian as I do, this example was made for a British 2nd Lieutenant serving with the 16th Punjab regiment: 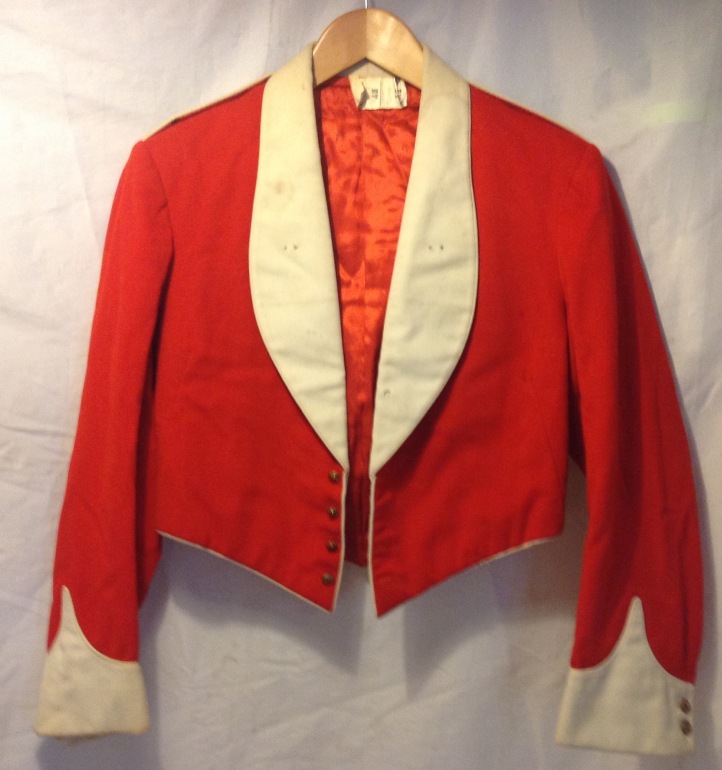 The following description of the mess dress for the 16th Punjabis comes from the 1932 Dress Regulations for India:

Scarlet cloth, 4 buttons down the front of the jacket. 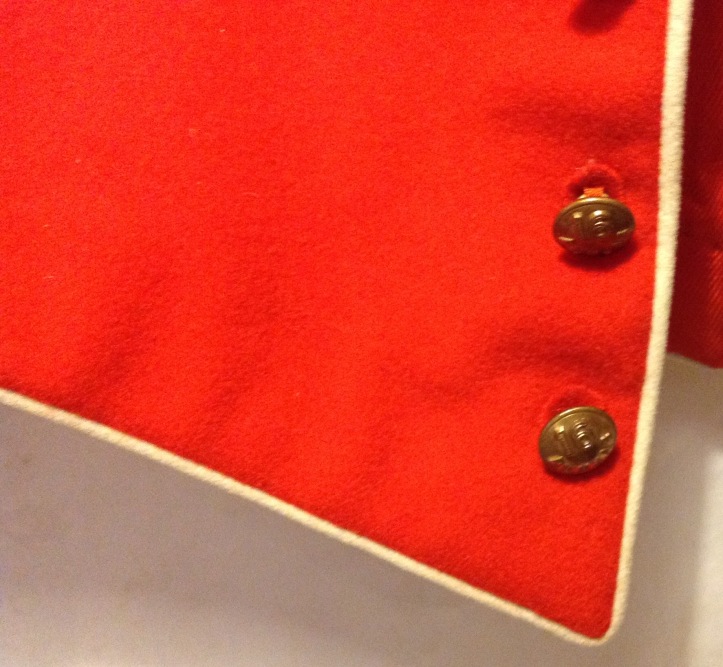 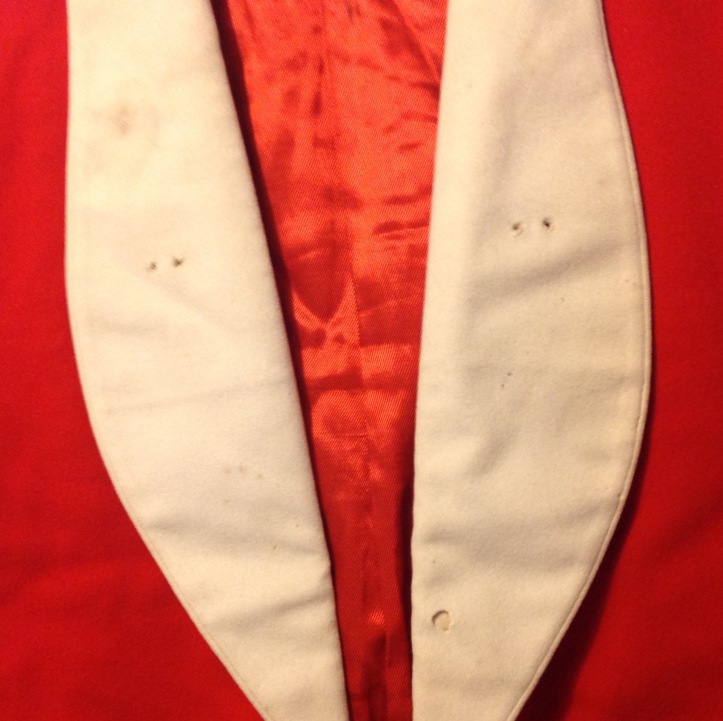 Pointed cuffs of white cloth, 6 inches deep at then points and 2 ¾ inches behind. Two buttons on each cuff. 1 inch slit at the seams. 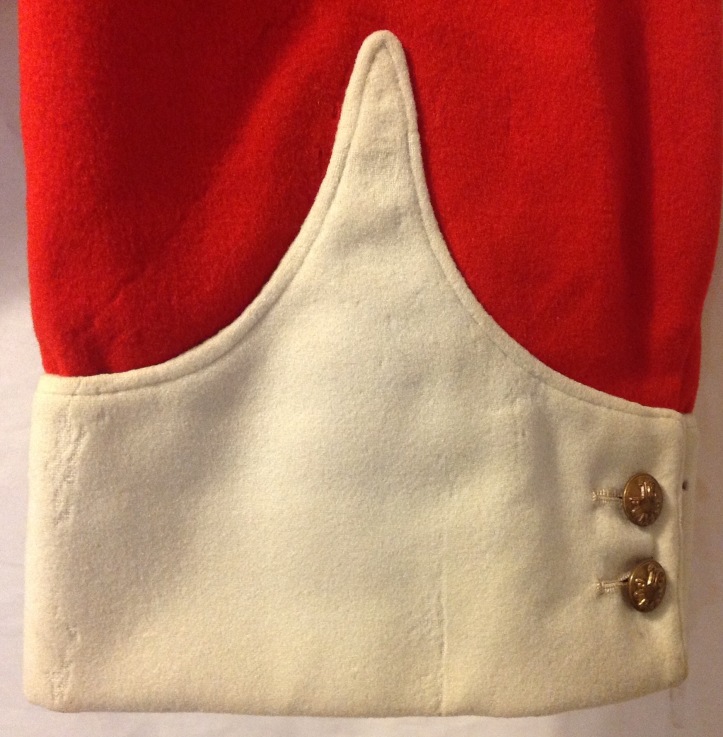 Shoulder straps of white cloth, 1 ¾ inch wide at the base tapering to about 1 inch at the points; rounded points fastened with a small button and sewn at the shoulder.

Badges of rank in metal.

The buttons each have the regimental title embossed upon them: 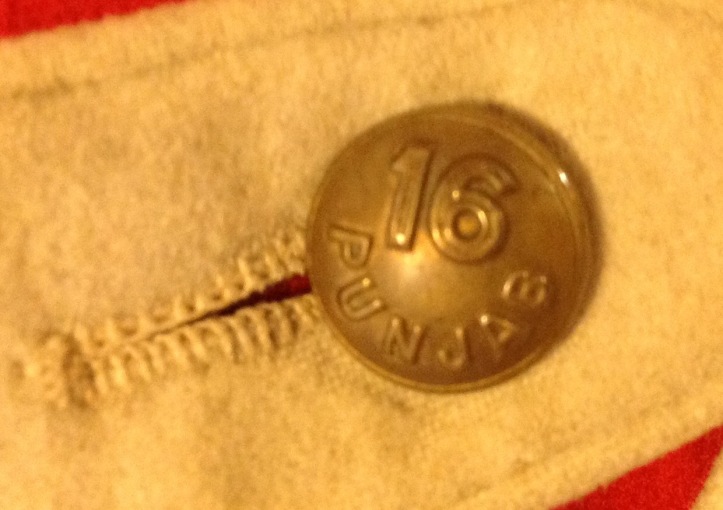 The jacket has an inside pocket, with a tailor’s label, that indicates this mess dress was produced by Ranken & Co for a 2nd Lieutenant W.D. Pickett, the jacket being dated 8th January 1940: 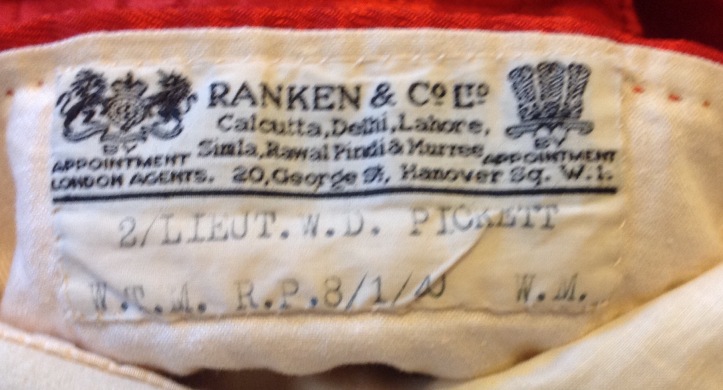 Sadly the removable insignia has been stripped form the jacket, I have found one ‘pip’ in my stores that fits but I am still looking for a second and the collar dogs for the 16th Punjabis, these however might be elusive and expensive! The holes for the collar dogs are indicated by some very neat embroidery around the edges: 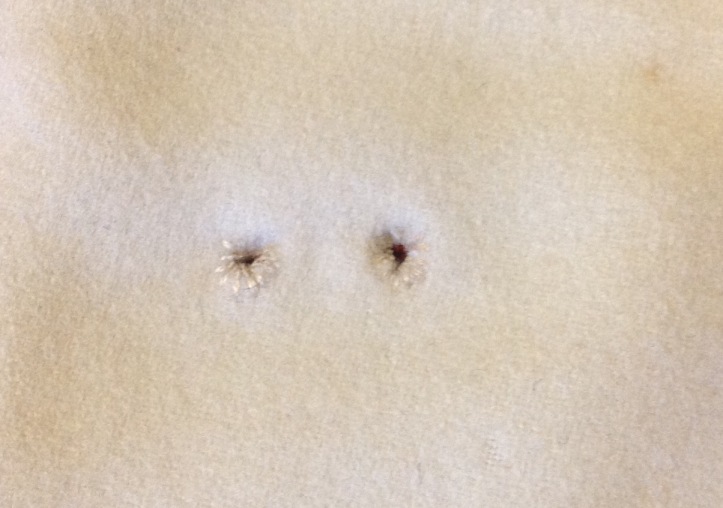 A social function with different regiments could be a colourful affair in India, as recalled by Francis Ingall in ‘The Last of the Bengal Lancers’:

Balls, of course, called for formal dressing up in the evening uniform or ‘mess dress’. The variety of mess dress at such events was stunning, particularly the Indian cavalry officers who looked positively exotic. From the lemon yellow of Skinner’s Horse, to the brilliant scarlet of the 19th King George V’s Own Lancers, an artist’s palette could not have reflected as many hues. The infantry, both British and Indian, were much more staid by comparison; they wore the regular ‘bum-freezer’ jacket, starched shirt with butterfly collar and black bow-tie, as did the British cavalry who by this time (the 1930s) had given up their colourful high-necked jackets.

The 16th Punjab Regiment was formed in 1922 by amalgamation of the 30th, 31st, 33rd and 46th Punjabis, and 9th Bhopal Infantry. The class composition of the new regiment was Punjabi Muslims, Sikhs and Dogras. The new regimental badge consisted of a Maltese cross with a Muslim crescent and a Sikh quoit, surmounted by a Tudor crown with a scroll below. 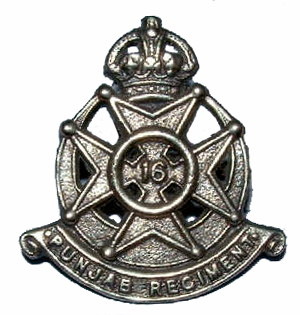