Following Sunday’s post on the Australian M1988 Minimi pouch, tonight we turn to the second piece of this load bearing equipment I have in my collection so far, the first pattern waterbottle and carrier:

The design of the waterbottle and carrier, officially known as a ‘canteen carrier’, closely mirrors that of the earlier 1956 pattern waterbottle and cover we considered here last year, but manufactured in ‘Auscam’ camouflage, which in turn was heavily inspired by the US Army M1910 waterbottle carrier! On the rear of the carrier is a wire hanger:

And two metal ‘ALICE’ style clips to secure the carrier to a belt: 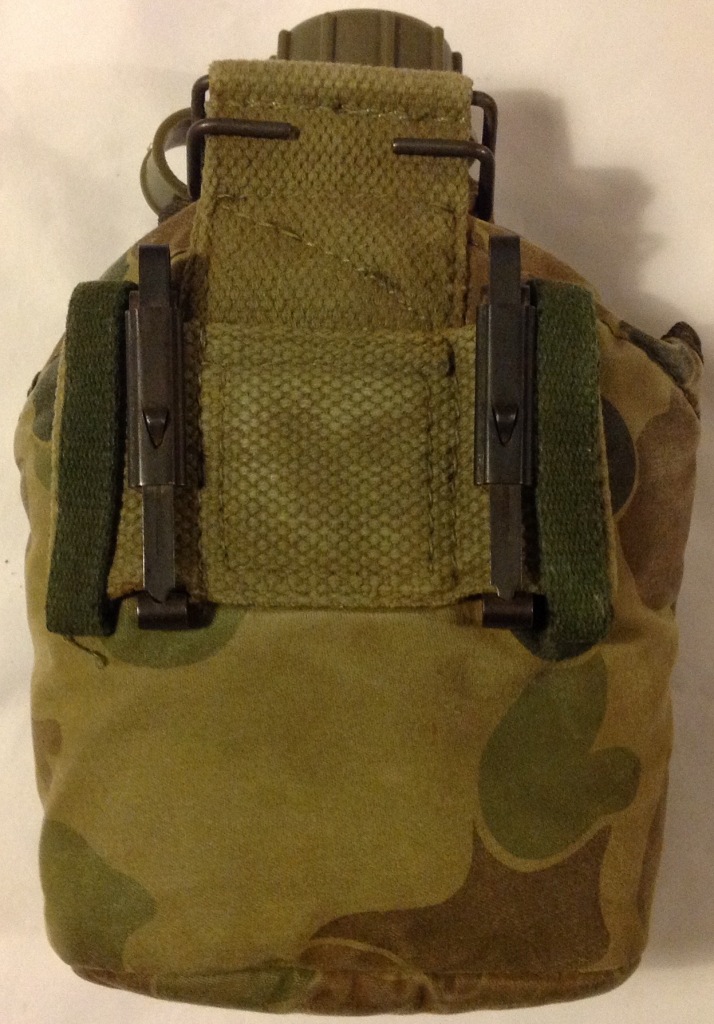 As with the minimi pouch we looked at previously, the waterbottle pouch has three metal grommets in the base to allow water to drain off:

A piece of cotton webbing is sewn onto the front of the carrier to allow a field dressing to be attached:

This was deleted on second model carriers and replaced with a pocket for a hexamine cooker. The bottle is held in the pouch by two rounded flaps, secured with press studs:

The underside of the flap has details of the manufacturer, date ( November 1989) and store’s numbers: 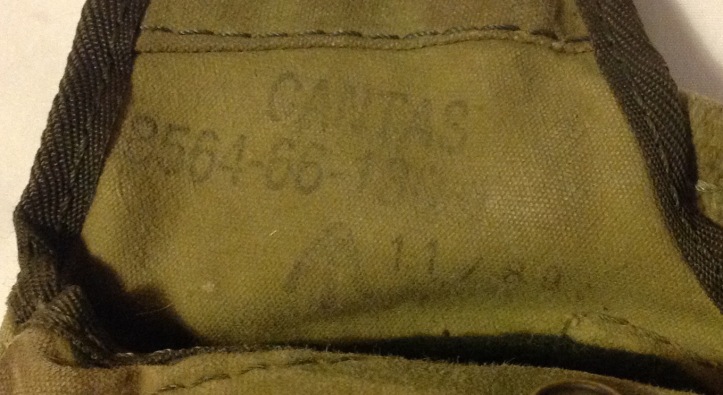 Although Australia has never been part of NATO it has adopted NATO standard stores numbers and was allocated the country code of ‘66’. The ‘canteen cover’ has a stores code of 8465-66-063-9664, the first four digits indicating the type of stores, followed by the country code and then the individual item code. The inside of the carrier is lined with green felt, this can be wetted and the slow evaporation of this water helps keep the water in the canteen cool:

The waterbottle carried inside the cover seems to be identical to the green plastic example used on the earlier webbing set: