Tonight we are looking at a pair of used flare pistol cartridges. Flare pistols were used for signalling, illumination at night or distress flares and could fire a variety of different cartridges to suit these different roles. British and commonwealth flare pistols came in either 1” or 1.5” calibres, the pistol we looked at last year fired the former, whilst these two cartridges are for a 1.5” flare pistol:

As can be seen the cartridges consist of a heavy card body, with a brass base. There is a coloured band around the body of each indicating the colour of the flare, red and green in this case. The other markings indicate the type of cartridge, Mk 7T, the lot number of the cartridges and at the bottom the manufacturer’s name and dates of manufacture. As can be seen these two date from the 1960s and were manufactured by ICI (Imperial Chemical Industries) and IMI (Imperial Metal Industries), both divisions of the same company in the 1960s. The base of the cartridge has a central percussion cap (fired in these examples): 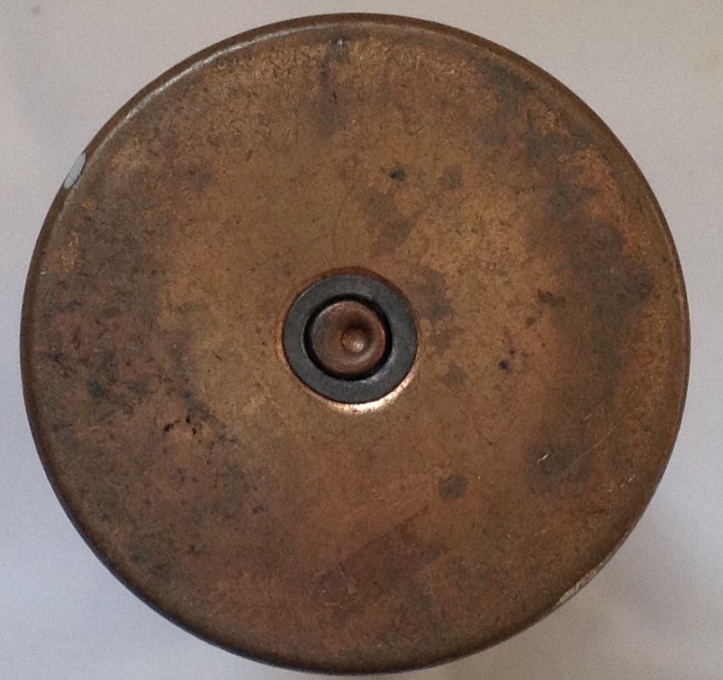 Although now empty, the cartridge would originally have contained layers of chemicals to project the flare, ignite it and make it burn as required: 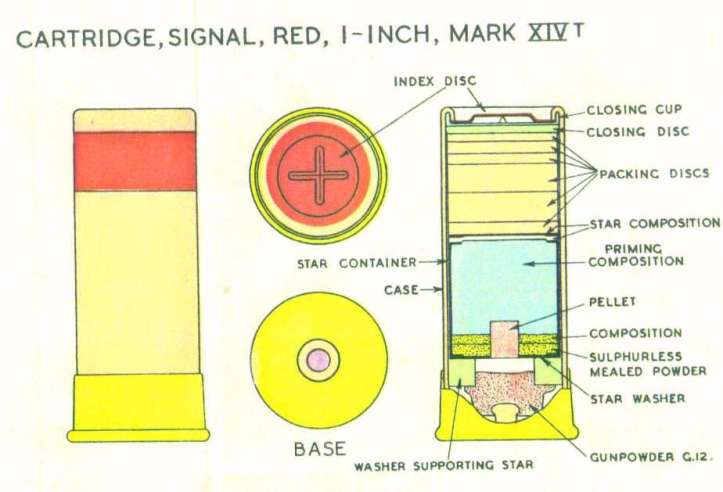 These days flare pistols have largely been superseded in the UK by self contained flares that are used once and then discarded. In the civilian setting this is mainly due to the strict firearms laws in the country that make it legally much easier to issue once only flares than a gun that can fire cartridges.