Tonight’s object comes courtesy of Bernard Armstrong, and my thanks go out to him for lending it to me for the photographs that appear below. At some point in 1941 the RAF stopped having new 1925 pattern webbing produced and adopted the same 1937 pattern equipment as the British Army, only producing it in blue grey rather than khaki. The new webbing was compatible with the earlier design and the two sets continued to be worn interchangeably for many years. This pistol belt is one such hybrid, consisting of a 1925 pattern belt but 1937 pattern holster and ammunition pouch:

Whilst collectors strive to get a homogenous set, it must be remembered that in service the soldier or airman made do with what he was issued, in this case a mix of patterns. Of this set, tonight we are going to focus on the holster and look at it in more detail before comparing it to the very similar 1925 pattern holster; the two designs often being confused on dealers websites which can be advantageous for the collector. The official 37 pattern pamphlet describes the holster as:

Pistol Case- This consists of a woven article finished to accommodate the 0.38-inch revolver: 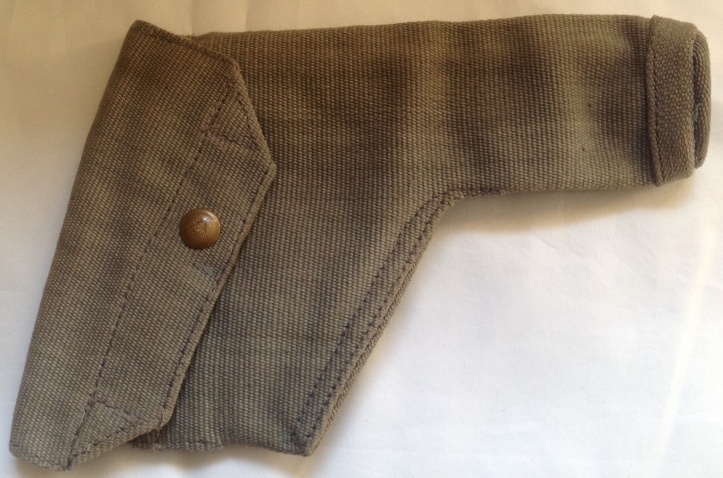 It is lined with smooth webbing and the flap is closed with a snap fastener:

Two double hooks are provided on the back for attachment to the waistbelt and a similar hook is fitted horizontally at the top for connecting to the ammunition pouch when that article is to be carried above the pistol case:

As can be seen this holster was made by MECo in 1942, with the Air Ministry crown. From the front, the holster looks identical to its 1925 pattern predecessor (37 pattern on the left and 25 pattern on the right): 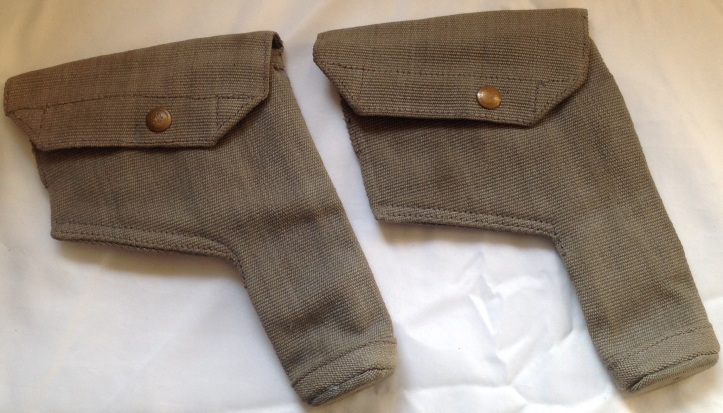 These minor changes are often little understood, even by dealers, and I was able to purchase my 25 pattern holster for a very cheap price as it had been misidentified as a 37 pattern example. For those of you also building up a 25 pattern set, be sure to check the RAF 37 pattern listings as you might also get lucky.