One of the most enduring designs introduced with the update to jungle uniforms and equipment at the end of WW2 was the floppy ‘boonie’ hat. Early versions of the boonie hat were used by British and Australian forces during the Second World War in the jungles of South East Asia, with the hat proving light, comfortable and good at keeping the sun off soldiers’ heads. Therefore when the 44 pattern jungle uniform was introduced the boonie hat was to be the standard form of headwear. The boonie is made of a dark green cotton twill with a bucket like crown and wide brim:

The brim of the hat is stiffened by rings of stitching and around the base of the crown are a series of fabric loops to allow foliage to be passed through for camouflage purposes:

There are a number of circular metal vents in the crown to help keep the head cool in the oppressive heat of the jungle: 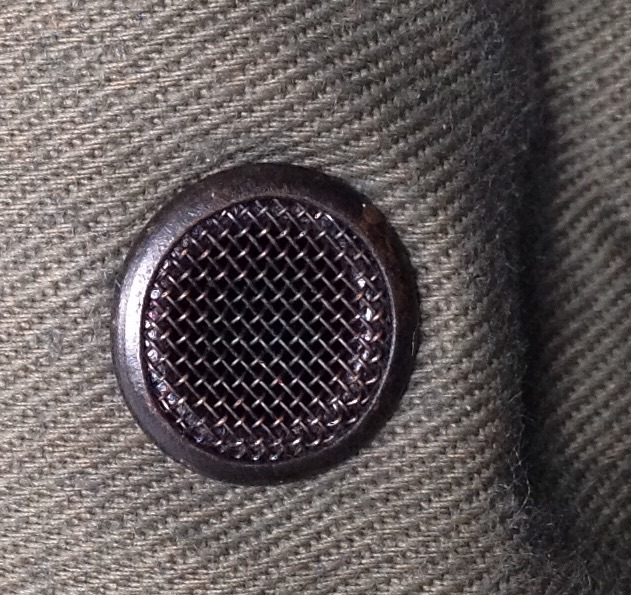 This example was made by J Collett Ltd of London in 1945, and is an unusually large 7 7/8 size, the details being stamped into the interior of the hat:

Collett Ltd was a ladies’ hat manufacturers, starting in 1917 at No. 42 Charterhouse Square London, the firm became known for its ‘Jacoll’ hats in the inter-war period. The war further boosted Colletts’ business, as they took contracts for manufacturing millions of uniform caps and headgear for the allied services. The boonie hat, or ‘giggle hat’ as the Austalians called it, became increasingly popular in the Malayan Emergency where it protected troops form the extreme heat and heavy downpours of the region:

The boonie hat is still in use today, with the Auscam versions used by the Australians and British MTP examples both being in production. The British example has a wider brim than its WW2 predecessor, but the basic idea of a lightweight hat that can be tucked in a pocket and dries quickly if it get wet remains. Boonie hats have long been the subject of modifications by troops, with local tailors and seamstresses being used to make changes, the most common being to reduce the size of the brim to make the owner look more ‘ally’, these changes leading inevitably to the usual edicts from officers banning such modifications. 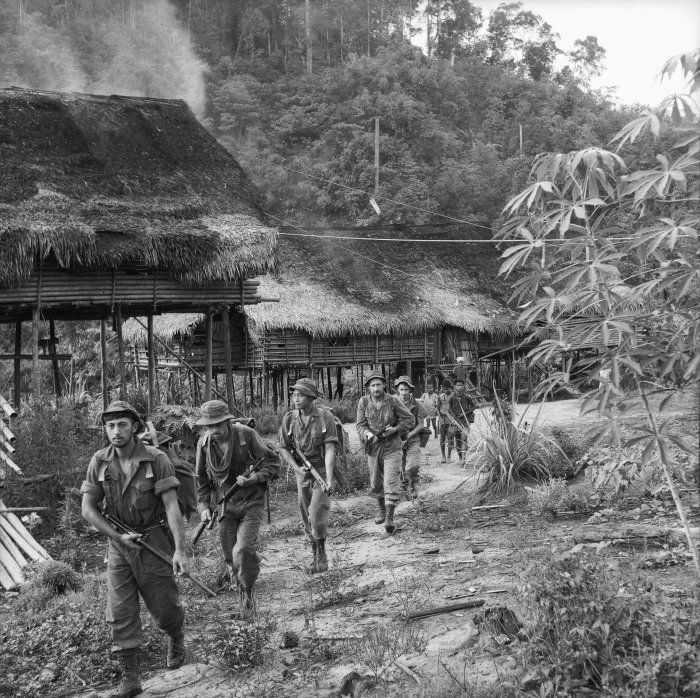