Whilst the British Army in the Cold War used standard infantry helmets for its infantry, certain specialist troops used their own designs. A rimless helmet was introduced, with different chin straps depending on whether they were for airborne or armoured use. The shape of the old ‘soup bowl’ Mk II helmet was unsuited for wear in a tank due to the limited space and chance of catching it on things, a more compact rimless helmet helped alleviate this problem, whilst still giving the tank crews some protection to their heads. Armoured troops continued using the rimless helmet shell introduced during the Second World War, modifying it to bring it into line with the requirements of warfare in the 1980s. Tonight’s object is an Armoured Corps Mk II Steel Helmet first introduced in April 1945, however this example dates from the early 1980s: 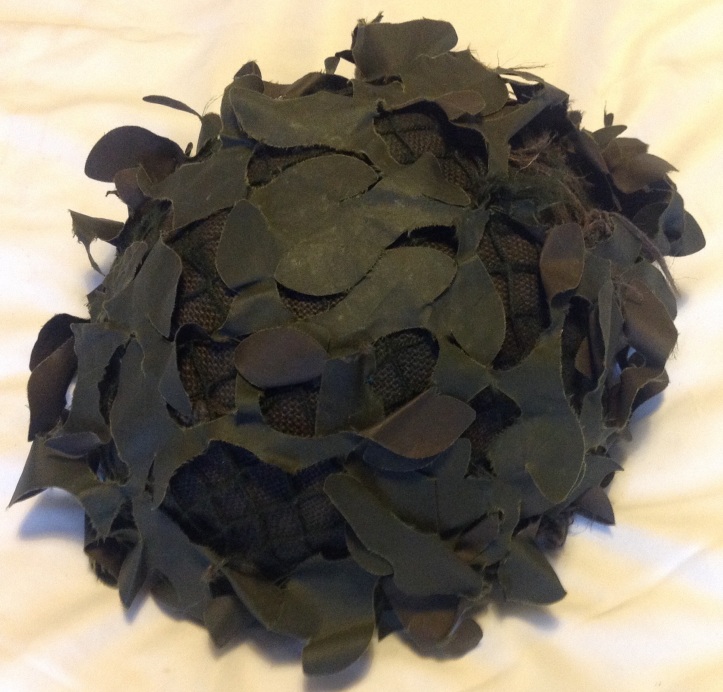 The helmet consists of a manganese steel shell, with a rubber liner inside: 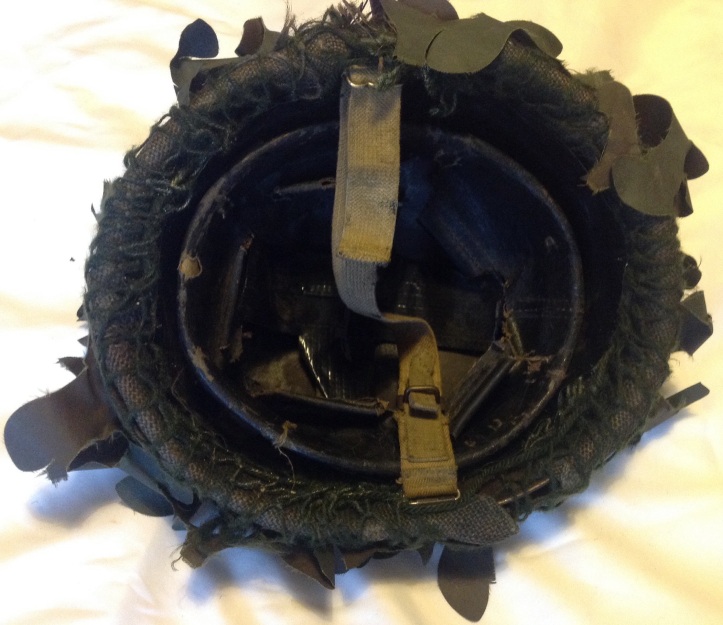 As can be seen the top pad is missing and has been replaced by gaffer tape. The helmet is covered in typical scrim of the period:

The base layer is hessian sand bagging material, overlaid with a camouflage net and finally with plastic ‘foliage’ on top of that. The sandbagging prevents any shine appearing from the helmet shell under the rest of the scrim.

The plastic scrim is very characteristic of the cold war as it was dropped soon after as it had the unfortunate habit of melting or catching fire! The chin strap for the helmet is the MkIII version, with a quick release fastener consisting of a tongue and staple: 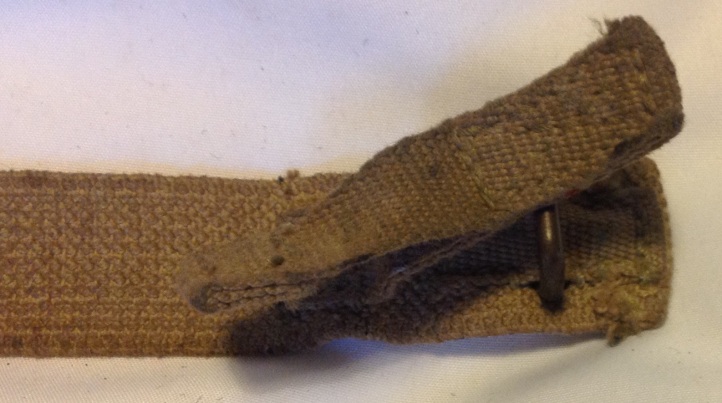 The helmet strap also has a NATO stores code, manufacturer and date of 1983 printed on it:

Use of this design of helmet was not restricted to land based troops, the helmet was also issued to Royal Navy ships for wear by sailors, though obviously these helmets don’t have the scrim! Many of these helmets have been bought by re-enactors to convert into WW2 Parachutist helmets (apparently its not easy to drill through the steel to add the alternative chin straps though), but I particularly like mine for the straight out of service look it has.