Whilst Royal Naval ships often had a marine detachment, it was still common for sailors to be sent ashore as part of a Naval Landing party. Therefore all ships of a reasonable size kept a small selection of webbing and equipment to issue to sailors to wear over their square rig before leaving the ship. One item that was adopted long before the army adopted something similar was webbing naval leggings to be worn over the boots at the ankle. It appears the Royal Navy adopted these in the early twenties, just after the introduction of 1919 pattern webbing. It is perhaps not surprising that these items were standard issue as a sailor’s bellbottomed trousers, whilst good for rolling up to scrub the deck, could not have been that practical in boarding a ship: the fabric would have caught on any protrusion.

There are a number of variations of leggings around, but mine have just one buckle at the top, and a series of laces for fastening down the side: 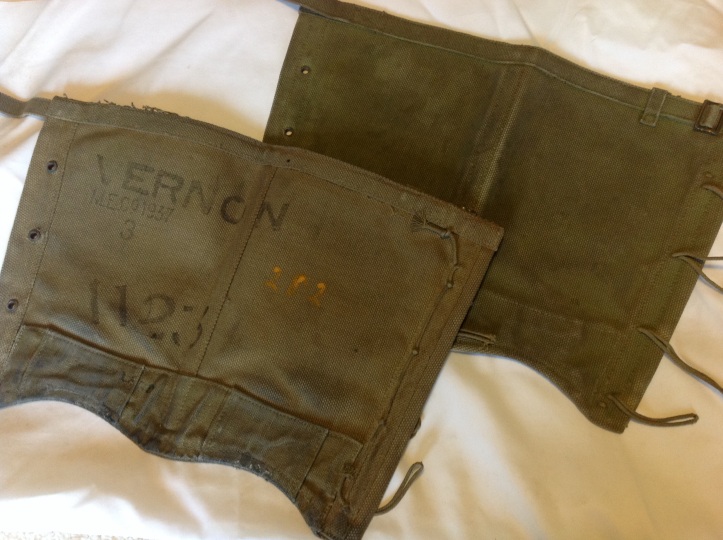 They are also stamped ‘VERNON’:

HMS Vernon was the torpedo training establishment at Gunwharf Quays in Portsmouth, being responsible for training ratings in torpedoes, mines and electrical equipment, like its floating counterparts, ratings on guard duties would have worn square rig, with leggings and webbing.

The leggings are secured by cord loops, each passed through steel eyelets, before being looped around the cord above: 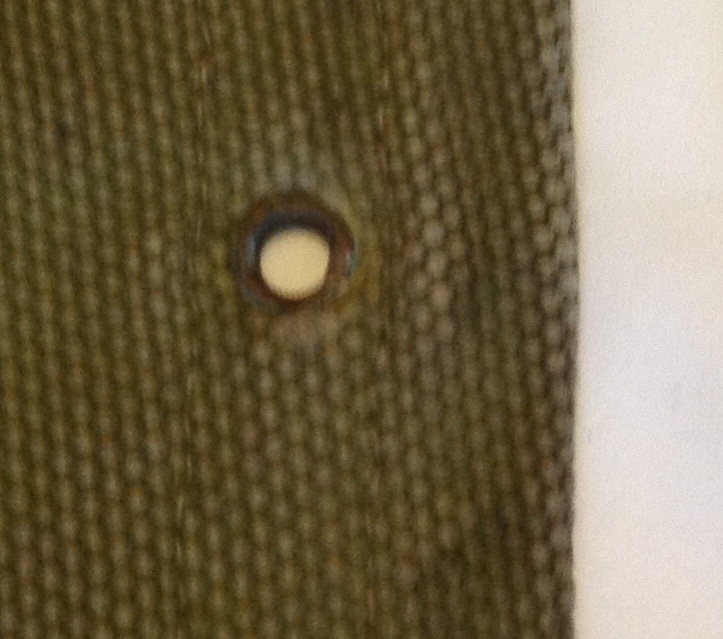 The final cord is then secured by passing the top webbing strap through the loop and fastening it to the buckle:

Below we can see a landing party from HMS Ceres wearing the leggings with 1919 pattern webbing and Lewis Guns:

These leggings were very long lived items, presumably because they were used comparatively infrequently compared to the army, and were not replaced until 1956 when the 18 inch leggings were withdrawn along with black ratings’ caps, except apparently for gun crews at the Royal Tournament who continued wearing the earlier pattern for a number of years. The navy continues to wear short white 37 pattern anklets today for ceremonial guard duty, continuing a tradition that goes back at least a century.