A quieter day on the market today, but a few nice finds none the less.

Although it looks like an artillery shell, this little dumpy casing is actually a blank cartridge for starting an aircraft engine. Before modern electrical starters, it was quite common for aircraft engines to be started by firing a blank cartridge. It is likely this example was for use in the first generation of jet fighters. The gasses from this cartridge turned a small turbine that in turn started a compressor of the main turbine, once it was up to speed the engine would sustain ignition. 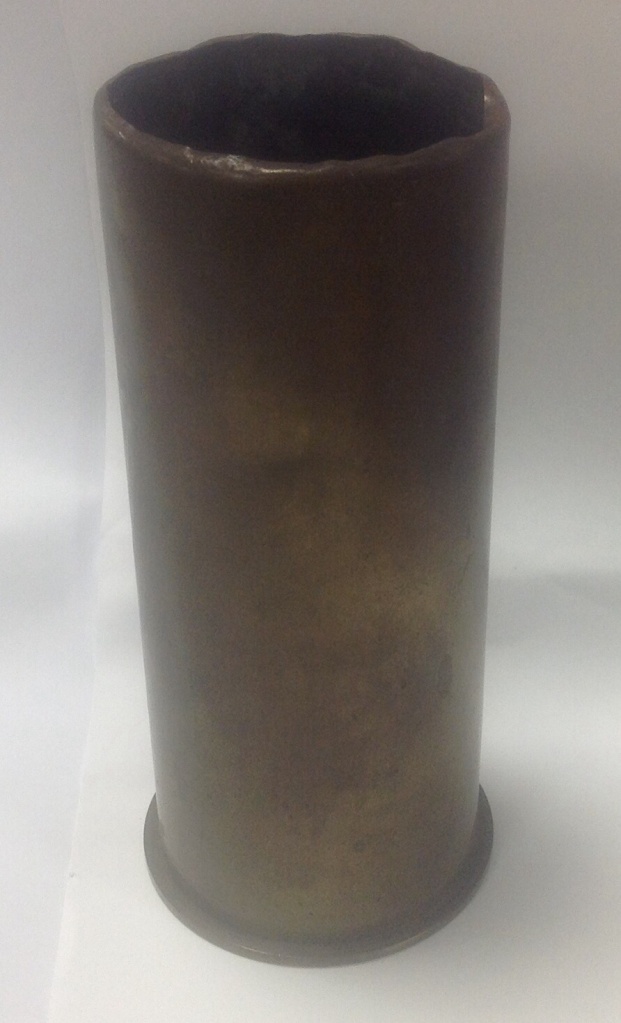 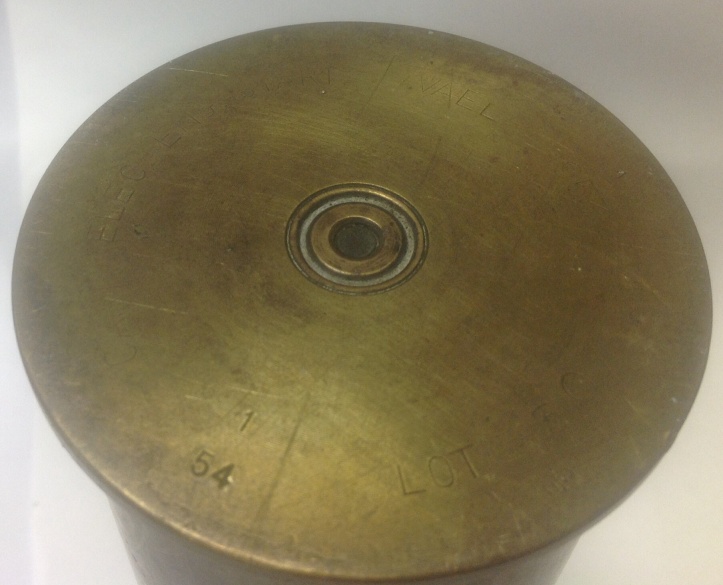 Amongst the small kit issued to every man was usually a clothes brush. Woolen uniforms collect fluff and hairs and a brush was the quickest and easiest way of cleaning them off. The forces must have produced and distributed millions of these throughout the war, and as they continued to be useful in civilian life, many have survived. 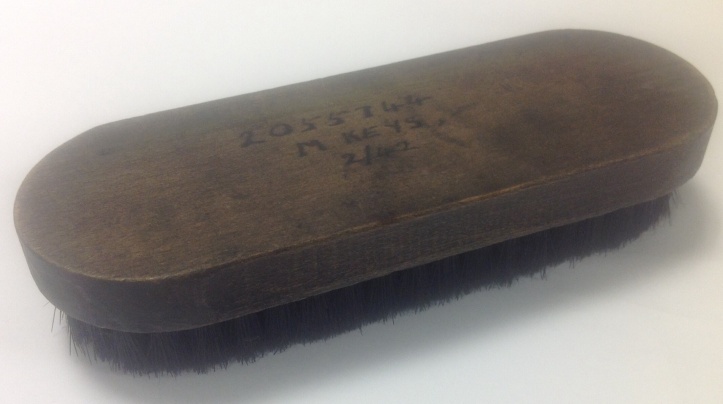 This particular example is marked as having been made by H.D. Don and Son in 1941 and has the WD arrow.

Photograph of Soldiers in the Desert

Finally we have a simple little snapshot of two friends serving somewhere in the desert. From the 37 pattern belts and WD issue shorts they are wearing we can tell this was taken in or just after the Second World War. 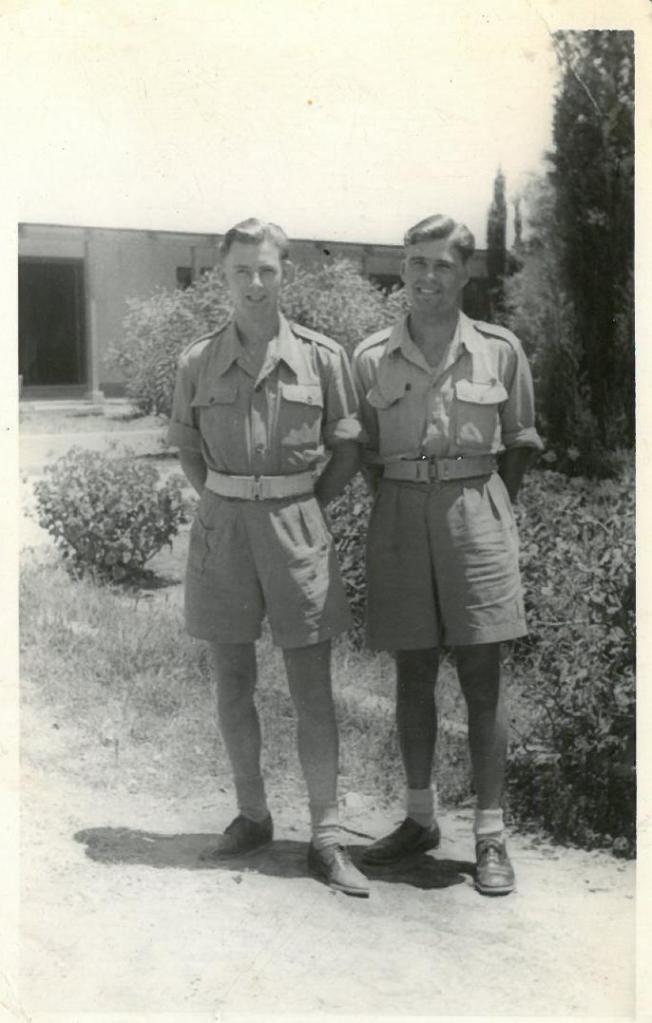 On the reverse is the little note: 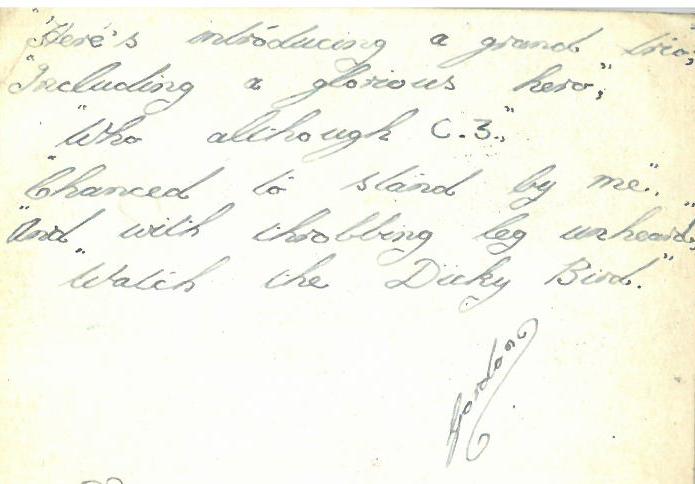 “Here’s introducing a grand duo. Including a glorious hero. Who Although C.3. Chanced to land by me. And with throbbing leg unheard. Watch the Dicky Bird. Gordon”