Tonight we look at one of the longest serving items of personal kit in the British Army, the D-Shaped mess tin. First introduced before the Napoleonic war, the same basic design was to continue in use for 150 year, and despite the introduction of aluminium mess tins in the late 30s, as my example shows these were still being made in 1940. 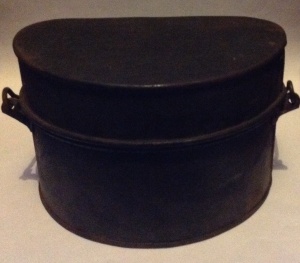 The mess tin comes in two parts, the body and a separate lid. The body is designed to be used as a small saucepan to boil food or water for tea, whilst the lid has a wire handle allowing it to be used as either a frying pan or a plate. 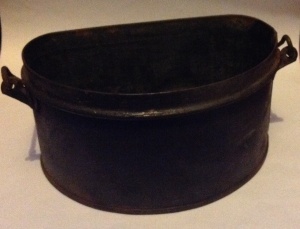 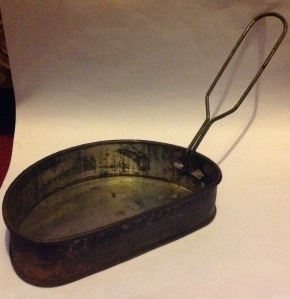 The mess tin is made of sheet iron, tinned and soldered together and though examples are now universally a dull metal shade, the interior of this example suggests they might have been shiny when first issued: 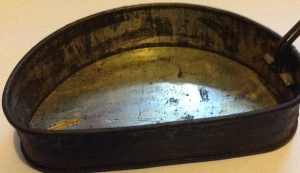 This example is a very late one, made by T Gowley and Sons of Birmingham in 1940: 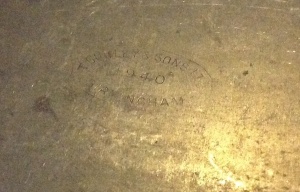 Whilst collectors often assume that once a new piece of kit is issued old ones were no longer made. In reality contracts took a long time to be completed and obsolete items continued to be manufactured long after they should have been discontinued, as can be seen in this example.