Whilst most of the uniform and equipment produced in India throughout the Second World War were copies or close variations of standard British designs, some unique items were produced. This aluminium mess tin is one of those items. Unlike the square british mess tins, these Indian ones are oval in shape, however like their British equivalent they came in two slightly different sizes to fit inside one another. 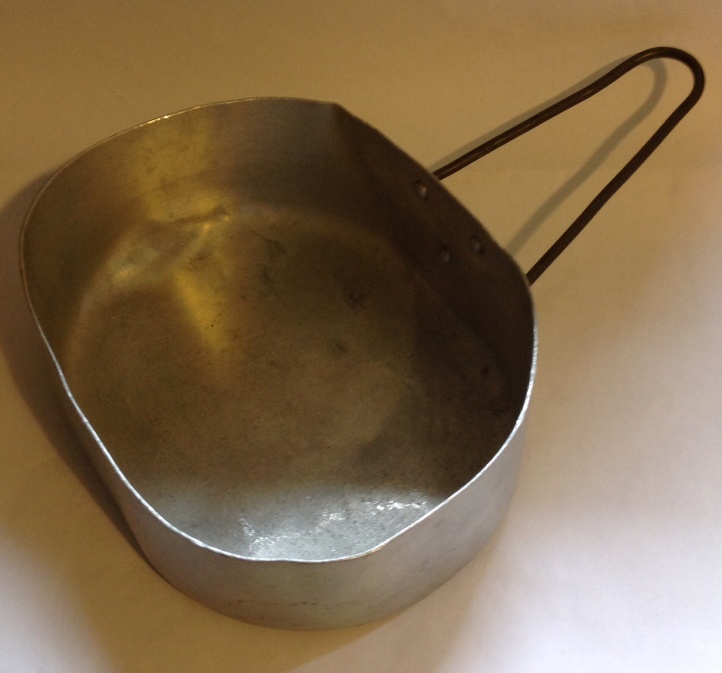 Being made of aluminium rather than tinned steel, they were far better suited to the hot and humid jungle conditions of the Far East as they were less likely to corrode. Indeed this lesson was taken on board by the British who have used aluminium mess tins continuously since World War Two.

Typically troops would only carry one half of the mess tins into the jungle, secured in a second water bottle carrier to reduce the weight they had to carry. In the draining environment of the jungle saving every ounce was important so if a man could get by with just a mess tin half and a spoon he did. 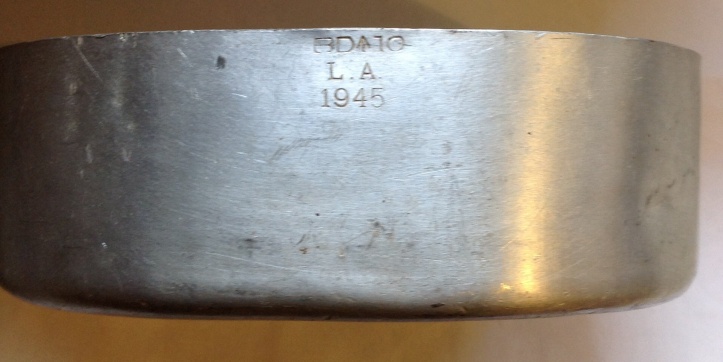 This particular mess tin is marked BD /|\ 10. L.A. 1945. Unfortunately so far I have not been able to track down a manufacturer. This mess tin has to be one of my better finds on the market, costing just a pound. Due to their rarity these mess tins only come on the market infrequently and they command a premium and sell very quickly. One was sold on eBay last year for over eighty pounds so I feel rather pleased with mine.